The problem with a lot of the bigger names in security cameras is that their models tend to be expensive and then you have to pay for cloud storage on top. The Yale WiFi Camera Full HD is both very cheap and has a microSD card slot so that you can record video without having to pay for a monthly subscription.

Its interface is a little fiddly to use, particularly for download videos, and image quality is quite hit and miss.

Shipping with an integrated stand, the Yale WiFi Camera Full HD is easy to set up. Just plonk it on a desk, angle the camera where you want it to point and plug in the USB power and that’s it. If you prefer, you can screw the stand to a wall or ceiling, or use the provided sticky pad to do the same.

Finished in black plastic with a nice curve to it, this may be a cheap camera but it certainly doesn’t look it, and the Yale WiFi Camera Full HD won’t look out of place in any home.

Once powered on, the camera can be easily joined to the Yale View app, connecting via your home’s 2.4GHz Wi-Fi network. It’s a shame that Yale has so many apps, as you end up with one for its alarm systems, one for locks, such as the excellent Yale Linus, and then another for the camera.

If you want to save video, you also need to install a microSD card, as you don’t get one in the box. Without a card, the camera will still work and you’ll get notifications but nothing will be saved.

From the app, you can tap your camera to go into the live view. From here you can see what’s going on in real-time, plus you can use the two-way talk feature to communicate with anyone that you can see.

Sound quality is actually pretty good, and I managed to have a clear conversation with someone through the app.

At its most basic, the camera will record video when it detects motion. That’s probably going to end up with a lot of alerts, so it’s best to apply a few settings. First, you can turn on Human detection, which has the poorly written explanation of, “It only pushes message towards human detection after it is enabled.” What it means is that you only get alerts when a person is spotted.

Is it any good? Well, not too bad actually. Provided there’s a clear view of a person, the camera will largely get the detection right. And, the footage is recorded when motion is detected, human or not.

More useful is the activity zone setting. Using the simple grid, you can mark out the areas of the image that you want to monitor; motion outside of these zones is ignored. That was largely enough to keep down the number of notifications that I got.

Finally, you can turn on an alarm sound, with the camera playing a noise when it picks up motion (called ‘Alarm Linkage’ in the app for some reason). It’s quite annoying, so I turned this feature off.

Once the video has been recorded, you can see clips on the timeline view: they appear as vertical red lines. Trying to select one with any accuracy is hard, so the regular library view is better. This shows you a list of clips, and you select which date you want to view using the controls at the top.

This view would be even better if the thumbnails worked, but I only ever got greyed out thumbnails with no picture.

Once you select a video it starts to play in the app. There’s no download option. Instead, you have to hit record, then record the bit of clip you’re interested in. When you hit the camera icon to stop recording, the clip is saved to your phone. That’s quite a fiddly way around getting footage – you’re better off in most cases just taking the memory card out and plugging it into a computer directly. The Ring Indoor Cam makes it much easier to deal with recorded footage, although you do need a cloud subscription for that camera.

Both Google Assistant and Amazon Alexa are supported, giving you a way to view the live stream on a smart display.

Yale doesn’t quote the viewing angle of this camera, but I managed to get in most of my office with it sat against a wall. At least, I got the important bits. Covering a room, then, shouldn’t be too hard.

With its Full HD sensor, the Yale WiFi Camera Full HD impressed during the day: the image was well exposed, and there’s plenty of detail right into the back of the frame. That’s good going for the price.

At night when it gets dark, the camera can use its night vision. There’s no mention of IR in the specifications, and the camera instead seems to boost the image sensor to capture more light. It doesn’t work very well. While you can get an idea of what’s going on, the image is very grainy and loses a lot of detail. 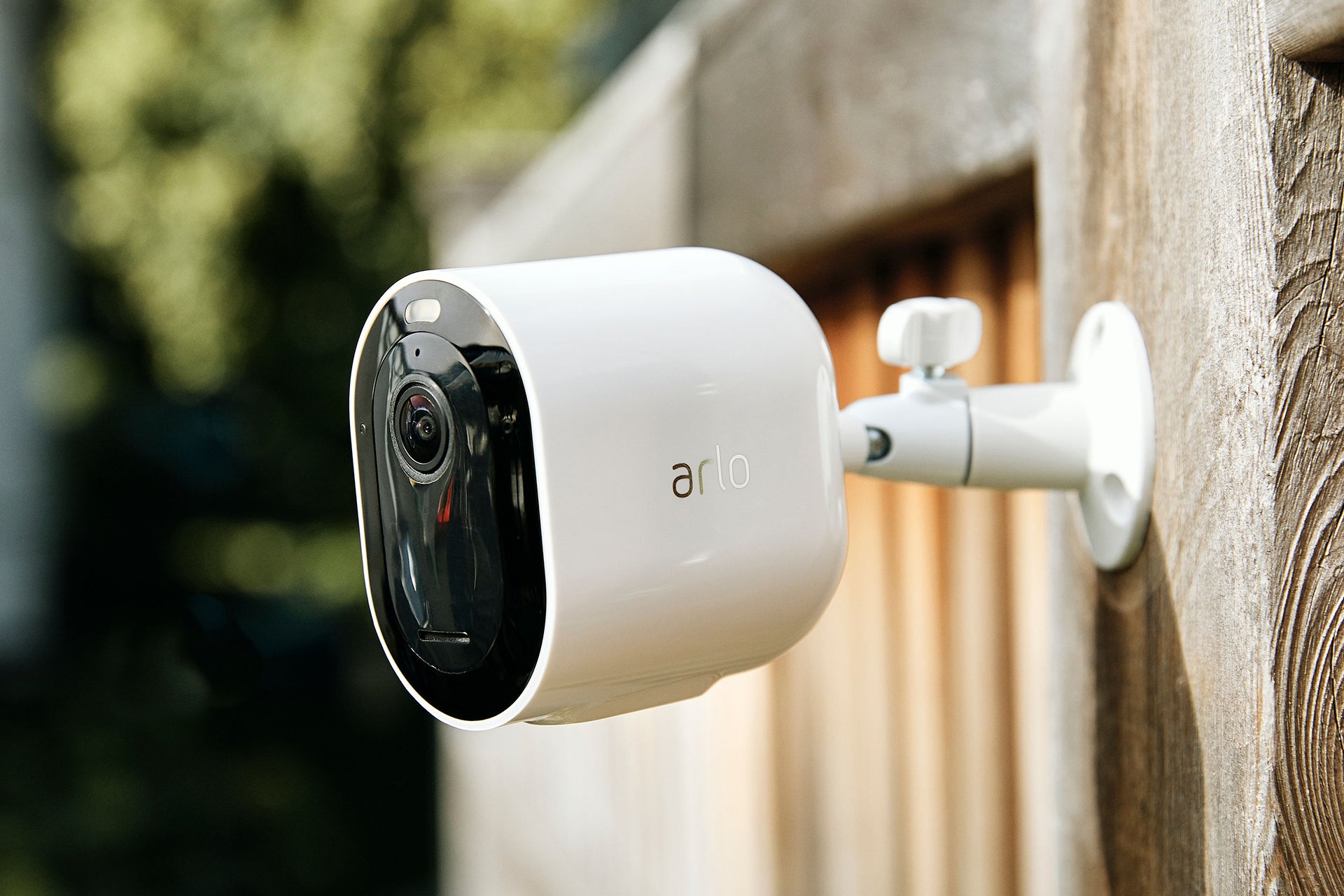 How to make your security cameras record when you want

If you want a cheap camera for basic monitoring, with good daylight video, then this does the job.

It’s fiddly to download video, there’s no cloud storage and my nighttime video samples were poor. There are cheaper, better cameras.

Yes, this camera is cheap and it doesn’t need a subscription to a cloud service, but it’s also very basic and image quality isn’t very good at night. The Neos Smart Cam is cheaper still, gives you free cloud storage (limited to 12s clips) and shoots better night video. You can find other alternatives in my guide to the best indoor security cameras.

No it doesn’t. If you want to record video you have to insert a microSD card.

Yes it does, you can talk to anyone that you can see on the live view.

How does the Yale Indoor WiFi Camera Full HD connect?

It connects via Wi-Fi to a 2.4GHz network.

Infrared - a type of light used by security cameras so that they can 'see' at night, resulting in a black and white image.