What is the XTRFY H1?

The H1 is the first headset from XTFRY, tailor-made for eSports. While its appearance closely resembles that of the ever popular HyperX Cloud II, XTRFY has upped the quality significantly in every department. The XTRFY H1 offers excellent audio quality, a luxurious build and a comfort level that few such headsets can match.

The overall package is certainly very enticing – although with a price of £150, this analogue headset will be a stretch for some. While I have no doubt that many will adore the H1 for all is qualities, it remains a tough sell against cheaper options and more feature-rich rivals. 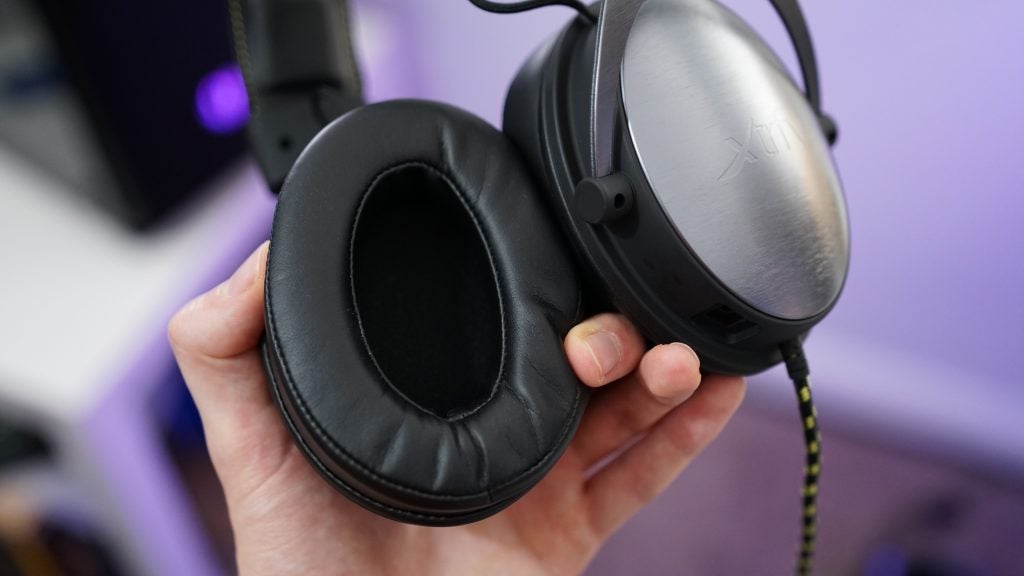 If you’re in the market for a headset that looks expensive and will tolerate hours of abuse, the XTRFY H1 should be at the top of your list. It looks and feels amazing. While the build materials are certainly pretty commonplace among gaming headsets, XTRFY’s implementation is a clear step up when compared to similar rivals.

The leatherette finish on the headband is a convincing substitute for genuine leather, with a plush textured finish that’s complemented by the plentiful layering of foam. The aluminium frame can be adjusted to fit heads of all sizes, and does a great job of creating a sense of sturdiness to the overall body.

The ear cups consist of a single piece of brushed aluminium, with the XTRFY logo neatly engraved onto each side. The flexible stem microphone attaches on the left side, and is removable from the headset. The ear pad design is also excellent, with a thick layer of memory foam enveloped in leatherette. Unfortunately, while the ear pads are easily removable, there aren’t any spares provided in the box – which is disappointing at this price point. 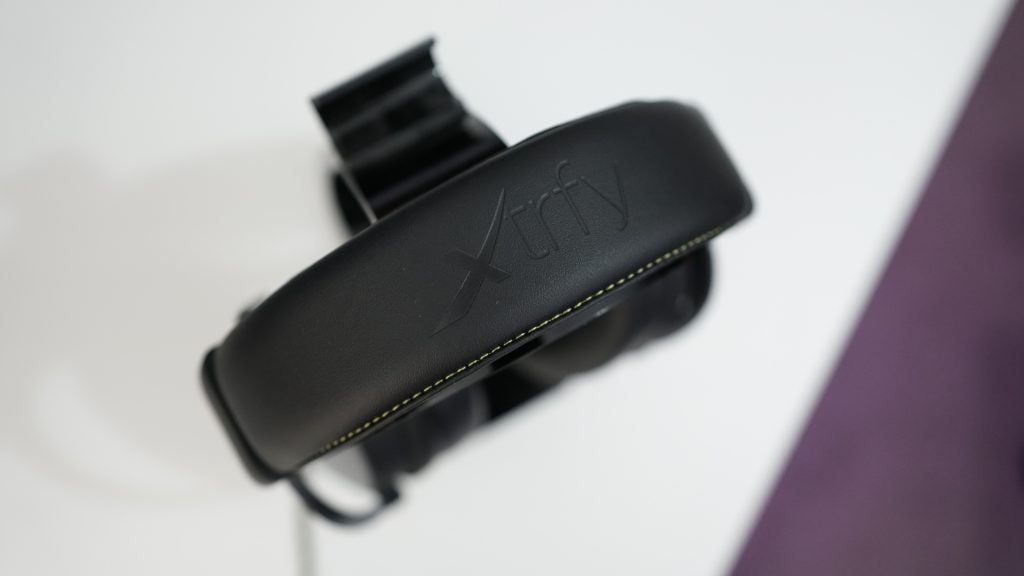 The overall comfort level is sublime, however. The ear cups form a snug seal around the ears, and the headband balances perfectly against my head. The weight of the headset is just right too, with the 350g body resting without discomfort. Surprisingly, the H1 also kept sweat and heat build-up under control too; I very rarely had to vent my ears during hectic games of Battlegrounds.

As an analogue headset, the H1 uses 3.5mm jacks for operation. The non-removable cable uses two 3.5mm jacks in its standard configuration, although an extender and single 3.5mm converter cable are provided in the box. The cable also houses the control box, which is rectangular in shape, and features volume dials for both mic and headset volume. 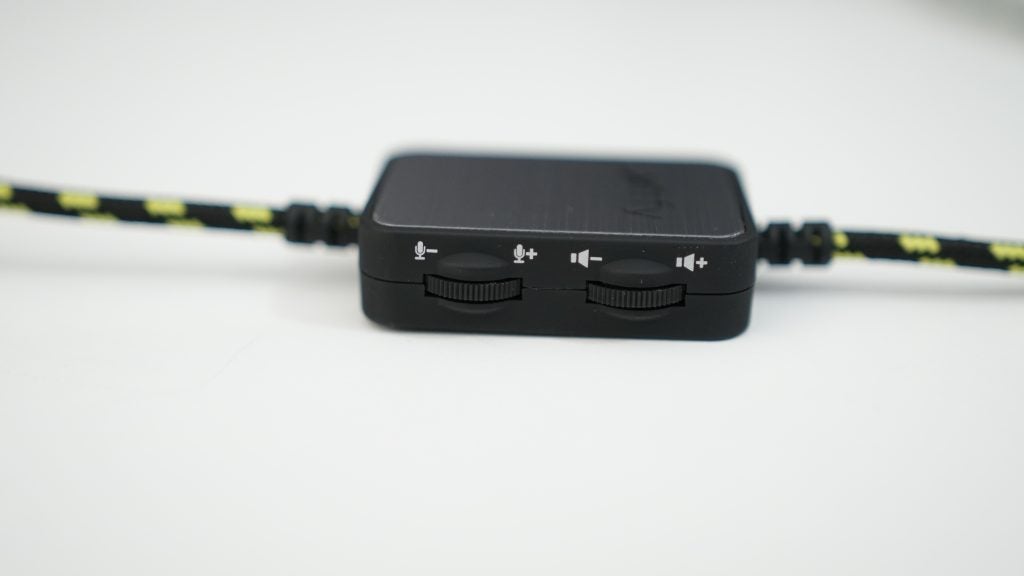 You’d expect a £150 headset to sound good and, fortunately, the H1 is a winner in this regard. XTRFY says that this headset has been specifically tuned for eSports. There’s more to this that just hot air, with the 60mm drivers delivering an excellent audio performance across the board.

Musicality isn’t perhaps the strongest point for the H1, but it’s certainly a cut above your average headset. The low end has plenty of punch, with well-rounded mid-tones that offer up decent warmth. High notes are controlled too, but there’s some detail loss here. Using a dedicated DAC helps; both the Astro Mixamp and Audioquest Dragonfly cleared up some of the slight vocal muddiness.

Overall sound is definitely a little bass-heavy for true audiophiles, but the H1 is a clear improvement over headsets in the £100 range. 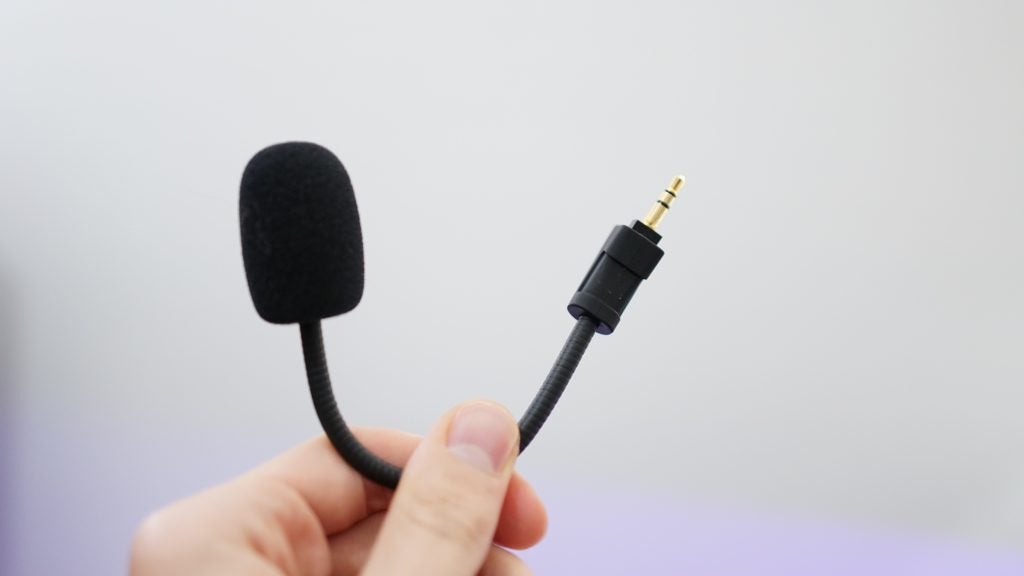 It’s in its native environment that the H1 really shines, though, with the tuned headset offering a balance that’s great for gaming. There’s plenty of kick to any gunfight, and sitting down for sessions of Player Unknown’s Battlegrounds brought endless hours of fruitful entertainment.

The climatic final moments were tense, with the drivers handing the gentle leaf-rustling and game-ending gunfire with accuracy and grace. It does lack any sort of surround audio implementation, however, so you won’t be getting 360-degree sound without a gaming sound card or DAC.

The H1’s onboard microphone is pretty middle of the road. It’s fairly quiet without any hardware to boost it, and lacks a bit of body. This results in recordings that do sound a little nasally. It certainly isn’t bad, though; it’s served me well on Discord without any real complaints from teammates. I’d have preferred something a little better, but it gets the job done. 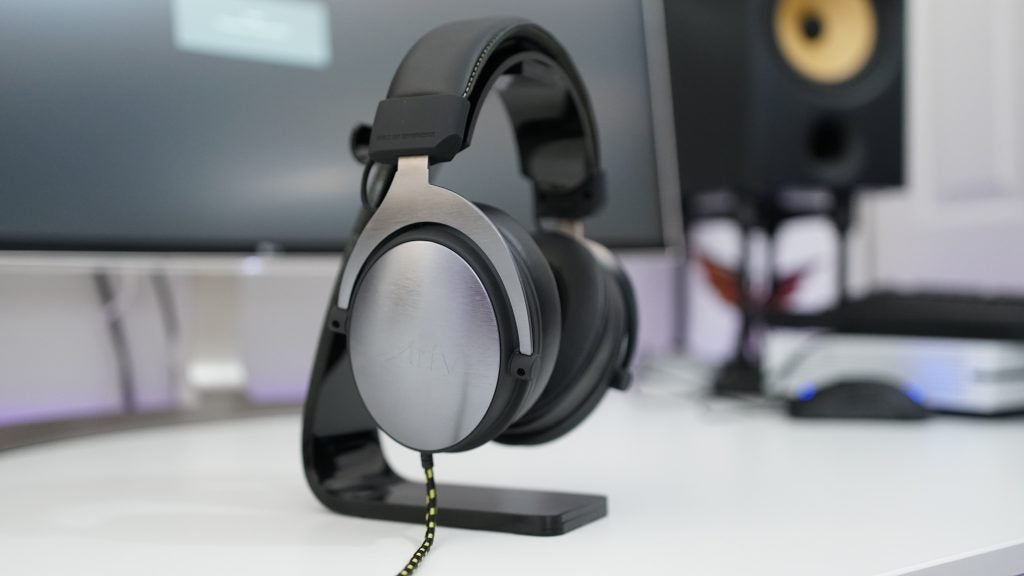 Why buy the XTRFY H1?

The XTRFY H1 is an excellent gaming headset that offers a decent step up from cheaper gaming headsets. It’s comfortable to wear over long periods, sounds great, and looks and feels like a high-end piece of equipment.

But while it’s better than the likes of the HyperX Cloud II, I wouldn’t say it’s twice as good. At this level, it’s a lot of cash for a strict pair of analogue cans – and without any surround sound implementation, it doesn’t represent outstanding value for money.

But this is often the norm in the audio world, and if you like the design of the Cloud II but want better audio quality, the XTRFY H1 is a sure-fire bet.

A no-frills headset that excels where it counts.