What is the Kingston HyperX Cloud II?

The Kingston HyperX Cloud II aims to offer everything the average gamer would want from a headset. It boasts big 53mm drivers, surround sound processing, and a detachable microphone. It works with all of the major gaming platforms, including PC/Mac, mobile, PS4 and Xbox One (with an adaptor). It even has a few luxury touches, such as replaceable leatherette ear cushions, an airplane headphone adaptor and a carry case. And the best news? It costs only £74.99.

That’s especially good when you consider how good the overall sound quality is, how well designed the various components are, and how comfortable it is to use for prolonged gaming sessions. Sure, you don’t get wireless connectivity or active noise cancellation, but those features are only usually available on headsets at twice or even three times this price. 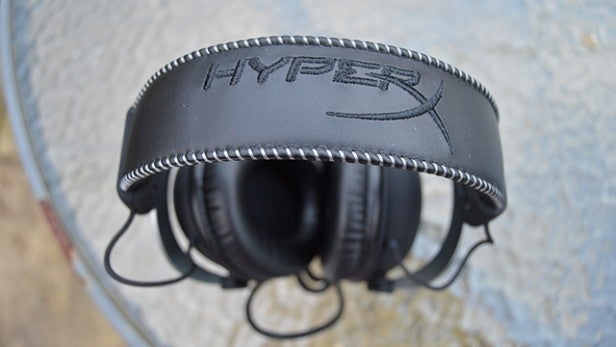 Gaming headsets sometimes tend to be pretty gaudy, often covered in flashing lights, bright colours and ostentatious logos. The Kingston HyperX Cloud II, despite its over-the-top title, is actually quite reserved, especially in the gun metal configuration of our review unit (it’s also available in red). On the exterior, the brushed metal finish feels good, the black colour scheme is muted, and the logos are relatively subtle. It’s not as fashionable as a dedicated portable pair of headphones, but it’s not something you’d feel too ashamed to wear out on the street.

The interior of the headset is where it really shines, though. The ear cushioning is made of memory foam, while the default material is leatherette, which is a luxury finish for a headset at this price. There’s also a set of velour ear cushions if you prefer that finish, which again, is a rarity on most headsets. Another nice touch is a detachable microphone, although that does potentially make it easy to lose. 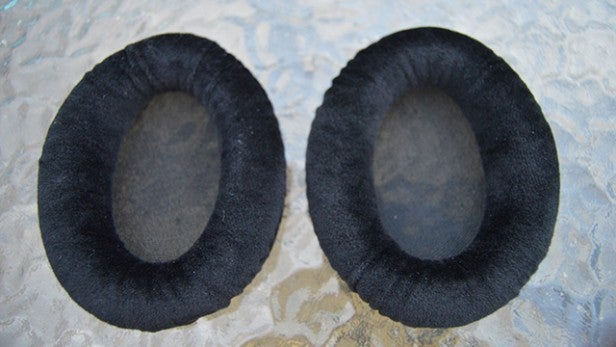 The Kingston HyperX Cloud II doesn’t offer in-line controls, but the USB sound card does. This unit is compatible with PC and Mac, and processes the 7.1 virtual surround sound features of the headset. It also has a fairly limited amount of controls on it for adjusting the volume of the speakers and the microphone, as well as enabling and disabling surround sound.

It’s a particularly smart design choice to put all of the controls on the USB sound card, rather than the headset itself. Turtle Beach in particular seems hellbent on putting as many buttons on its headsets as possible, which means there’s a lot to accidentally press when you’re just trying to adjust the headset. Kingston’s headset has no such problems, and it’s much more user-friendly as a result. 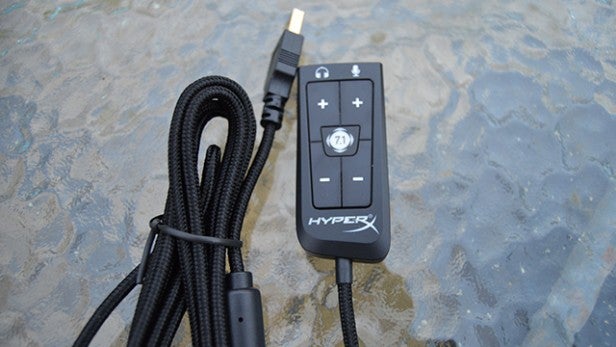 On other gaming devices, you ditch the USB controller and just plug straight in using the attached 3.5mm cable. On mobile and tablet you connect to the device itself, on PS4 you plug into the DualShock 4, and on Xbox One, you need the the Official Xbox One Stereo Headset Adapter. Again, you’ll need to tweak some system settings on the home consoles, but it’s a simple process that’s covered in the headset’s manual. One thing that’s worth noting is that surround sound is only available when using a PC or Mac. On every other device, only stereo sound is available.

The Kingston HyperX Cloud II package includes a lot of extras you usually don’t find on headsets at this price. There’s a carry case, an airline adaptor and replaceable velour ear cushions, if you fancy a change from the leatherette ones. Sure, the carry case is really just a bag that doesn’t offer much protection for the headset in a packed bag, but it’s better than nothing. 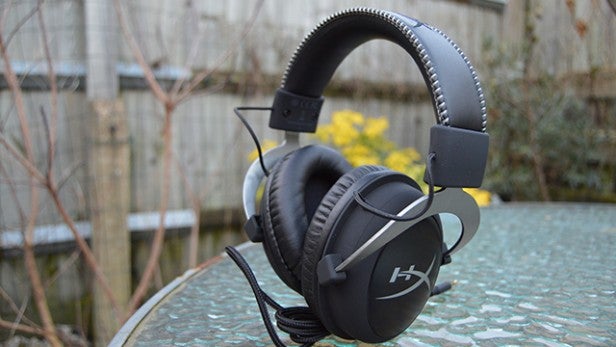 Although the Kingston HyperX Cloud II only costs £75, you’d be hard pressed to find a better-sounding wired headset at any price. The stereo sound is powerful and detailed, with the 53mm drivers providing plenty of punch in the low-end, while also being sprightly at the high-end. The headset is most suited to video games, but it’s impressive in movies and music too.

One of the key features of the headset is its 7.1-channel virtual surround sound, which is available on PC and Mac through the USB sound card. The sound card takes any multi-channel source such as a game or a movie, and remixes it for the headset’s stereo speakers. The technology appears to be Kingston’s own, rather than a big-name third party solution, such as the DTS Headphone:X 7.1 featuring on Turtle Beach’s latest models like the Turtle Beach Elite 800. However, Kingston’s version sounds just as good, providing an accurate approximation of where things like bullets, footsteps and grenades are coming from. We personally didn’t use this feature after our review period, preferring the clarity and overall quality of the stereo output, but the option is there if you want it, and it’s as good as any other surround sound technology on the market.

There’s sadly no active noise cancellation on this headset, although the closed headphone design does mean that a lot of external noise is kept out. There is one concession to the traveller though, and that’s an in-flight headphone adaptor, which is extremely rare to find packaged with a gaming headset. 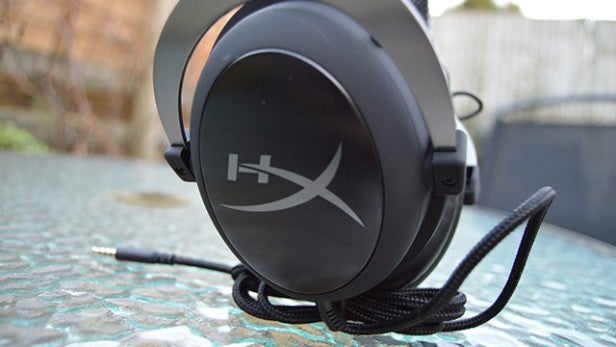 The major feature missing from the Kingston HyperX Cloud II is audio customisation. Turtle Beach does this really well, offering a range of genre-specific presets such as game, movie and music, and even specific sound mixes for certain games. These are missing from Kingston’s headset, but we didn’t particularly miss them, as the default setting sounds so good. If you want to tweak things, you’ll need to do it from the system settings in whatever operating system you’re using.

The microphone on the Kingston HyperX Cloud II is very good, with the sound card providing external noise cancellation and echo cancellation. The sound card also monitors incoming chat volume, and automatically increases it if the game gets louder. Overall, the microphone isn’t high-quality enough for recording voiceovers for your YouTube uploads, but it’s great for multiplayer gameplay. 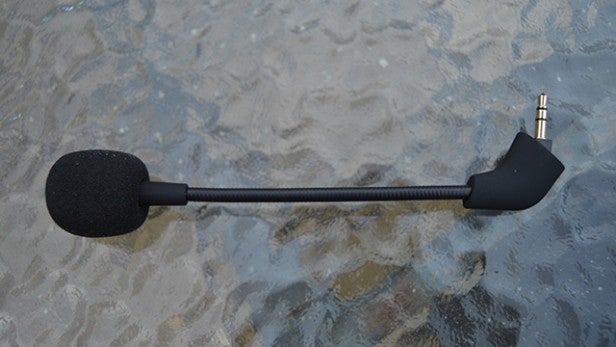 Should I buy the Kingston HyperX Cloud II?

It’s difficult to come away from the Kingston HyperX Cloud II without feeling like you’ve missed something: it offers so much at such an attractive price point, it seems too good to be true. Audio quality is excellent, it has all the features most people would want from a gaming headset, and it works with every major gaming platform out there.

What really tips it over the edge, though, are the small touches that elude most other headset manufacturers. The leatherette memory foam cushions are soft and luxurious but they can be replaced with velour models as well, while extras such as the carry case and airline adaptor are thoughtful and worthwhile, and rarely found on gaming headsets at any price.

Having the controls on the sound card rather than the headset is another welcome touch, while the wealth of microphone features make it excellent for multiplayer communication.

If you were to look for alternatives though, we’d recommend the SteelSeries Siberia V3 or even the Plantronics Rig Surround.

The Kingston HyperX Cloud II sounds great, is packed with features and has loads of great extras, making it one of the best gaming headsets available at under £100.