The Emix H30 is the first gaming headset made by Adata – a big name in memory and flash storage.

It’s quite a large headset, and comes bundled with a DAC controller to allow for on-the-fly sound tuning. It’s comfortable to wear, looks reasonably smart, and provides plenty of thrills in games such as Battlefield 1.

Unfortunately, though, the H30 isn’t able to take the fight to the competition, with some poorly implemented features and questionable audio quality. 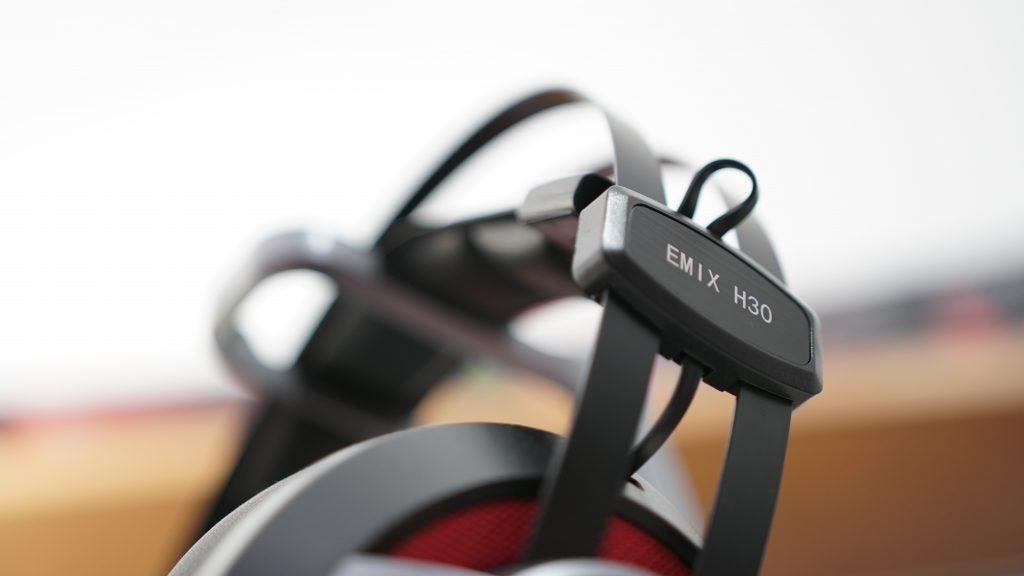 The H30 isn’t a subtle headset. It’s large, fairly bulky and uses four connections to enable full functionality. It comes with a relatively sturdy headphone stand, however, so as long as you have sufficient space on your desk, the headset will be right at home next to your battlestation.

As we see on numerous headsets, the Emix uses a leatherette self-adjusting headband, with a metal top piece for support and structure. It doesn’t quite offer the quality of the SteelSeries Arctis 7, but the headset remains comfortable to wear for long periods.

Moving down the headset, aside from the rather peculiar industrial font used for the Emix H30 branding, I rather like the aesthetics. The Emix H30 isn’t overly ‘gamey’, such as the ROG Centurion. It isn’t constructed as well as it looks, however, since the plastic ear cups feel a little low rent – although you do get some red LED side-lighting. The removable microphone can be adjusted to any position, and attaches on the left.

The earpads use a plentiful supply of thick memory foam and faux leather to create a strong seal around around your ears. Only one set of earpads is provided, though, and to add insult to injury, these can’t be removed and replaced either. Not impressive on a headset costing £150. 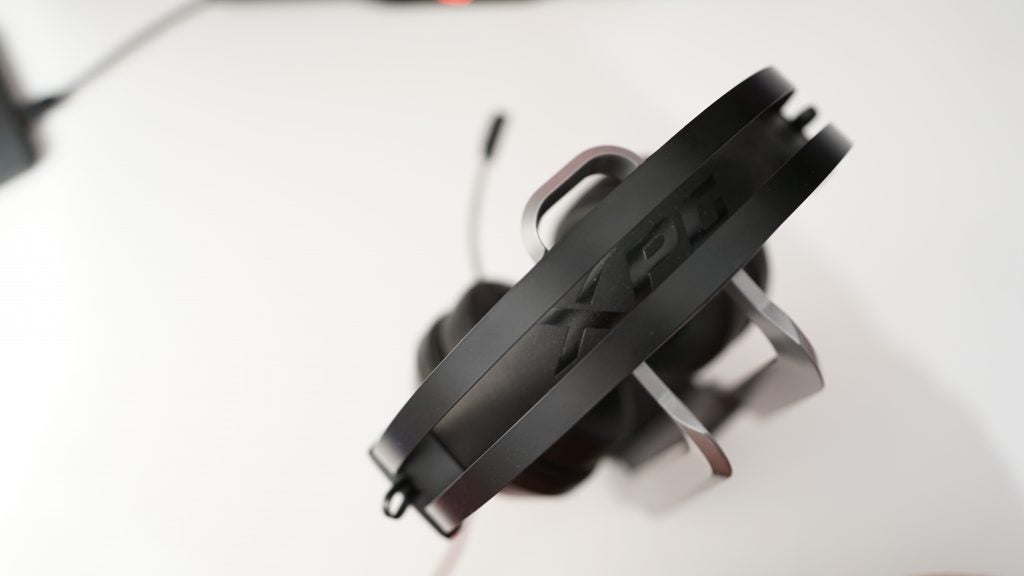 The H30 connects to your computer via the USB control box, which houses a respectable gaming DAC and various knobs for volume and EQ. All your connections are located here, too, with three USB ports, a mic input, and 3.5mm jacks for the headset and any desktop speakers.

I love the ability to direct the audio to speakers without having to change settings in Windows, but plugging in three separate jacks for the headset to work seems archaic.

However, the H30 is great for shooters. Its bassy sound signature works well in titles such as Battlefield 1 and PlayerUnknown’s Battlegrounds, delivering the thrills in dangerous encounters and adding tension to the warzone.

The Emix features a virtual surround sound mode that opens the soundstage a little. However, in my opinion it actually mixed up the directionality of the audio. As such, I found it to be detrimental in PUBG. Nevertheless, it’s worth experimenting. 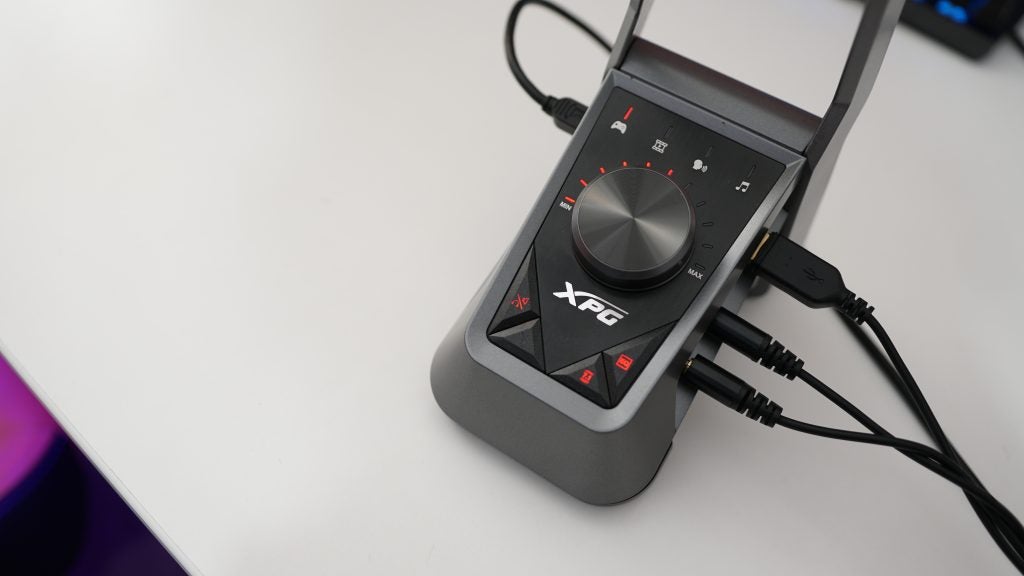 Now, for the bad news: the Emix H30 is one of the least impressive headsets I’ve used for listening to music. It displays a muddied sound across the board, with the overpowering bass washing out seemingly every detail in tracks. I’m not just referring here to more delicate songs, either; basslines sound great, but songs can quickly fall apart thereafter. The music EQ preset helps to remedy this a little, but I’ve come away unimpressed in this department.

The microphone, however, is excellent. While the recording volume is way too low in its default state, the clarity of the sound is decent; it’s up there with some of the best I’ve used. It’s a tad nasally, and there’s no pop filter provided – but otherwise it’s well suited to Skype and Discord. 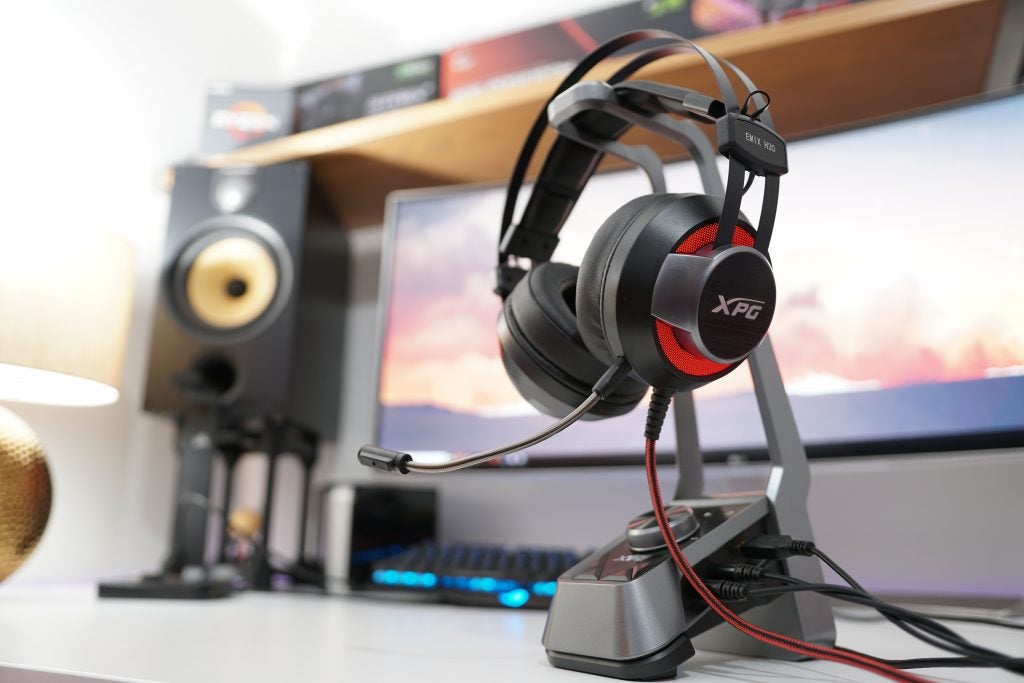 If you’re a shooter then the XPG Emix H30 is a decent gaming headset that will serve you well.

The issue is that there isn’t anything here that’s done better than rivals, and with a headset of this size and price tag, I expect better.

If you’re wanting a headset for first-person shooters then I’d instead point you to the wireless Razer ManO’War. Those after an all-rounder should consider the SteelSeries Arctis 7 or Astro A40TR.

The Emix H30 is a good first attempt, but in this saturated market, good simply isn’t enough.

A respectable headset for shooters – but it can’t compete with rivals.