The U706’s 1080p matte screen excelled in benchmarks. Its brightness measurement of 321 nits is just as good as rivals, and its black level of 0.31 nits is excellent – miles ahead of the Aorus and almost as good as the MSI.

Those figures mean the XMG’s contrast sits at 1,035:1, which is close to the MSI and ahead of the Aorus. That, in turn, gives black levels ample depth and delivers great vibrancy throughout the rest of the range.

Colours look good thanks to an average Delta E of 2.92. That’s good – better than both rivals, which averaged beyond 7 – and it’s paired with a colour temperature of 6,656K, which is close enough to the 6,500K ideal to be undetectable. Both competitors couldn’t get as close. 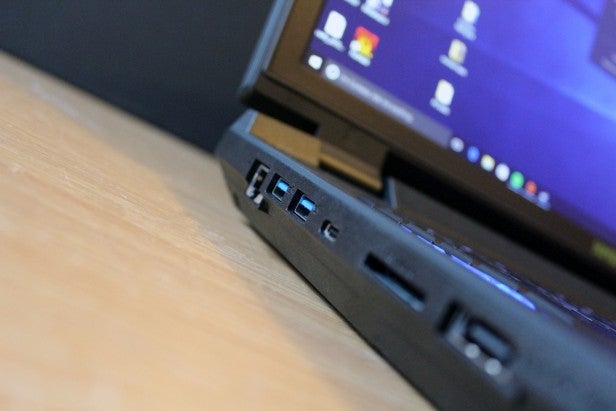 Those figures bode well for gaming: there’s great brightness, deep blacks, vibrancy throughout and colours that match the best gaming laptops for accuracy.

There aren’t any uniformity issues, either. The screen lost 10% brightness in a couple of corners, but in most areas the panel was better – and its colour temperature barely moved. These small deviations don’t cause issues. Viewing angles, too, are fine; the slight brightness dips aren’t problematic.

The high-quality screen is paired with excellent audio. The two speakers and small subwoofer use SoundBlaster’s Music Mode by default, and it’s obvious why: the top-end is clear and precise, with impressive detail, and it’s underpinned by a solid mid-range. Bass is present, thumping beneath the higher sounds.

I’ve only got minor quibbles. The top-end is a little tinny and dominant, and the bass is a bit too weak – but these are small concerns. The XMG’s audio is good enough for music and games, and miles ahead of both rivals.

I had less success when exploring SoundBlaster’s X-Fi MB5 software. The Movie mode only turns the bass down, and game-specific options are mixed. The Action and Adventure mode turns off the bass boost and turns other settings down, which produces high-pitched and tinny audio, and the FPS option is similar – again, there’s disappointing high-end noise but little in the low-end.

The Driving mode turns off the Crystaliser which loses detail. The RTS mode is tinny and lacks bass, but gives more emphasis to dialogue.

XMG U706 – Keyboard and Trackpad

The U706 eschews a fashionable Scrabble-tile keyboard in favour of a traditional unit. That decision pays dividends: the keys have more travel than trendier rivals, and that combines with the sturdy base to make a comfortable, satisfying typing action – sharper and quicker than the competition, and good enough for gaming. 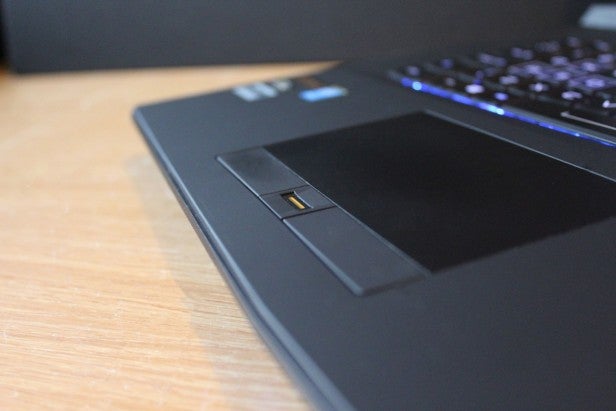 When compared to a proper mechanical unit, though, the U706 falters. The keys don’t have the travel or speed of a discrete unit. Elsewhere, it doesn’t have the macro keys of the Aorus, and my typing position occasionally led to my hand hitting the trackpad, moving the cursor.

That trackpad is large and smooth, with a friction-free surface that’s good for quick, snappy movements. The two buttons aren’t much cop – they don’t have the speed or snap I expect from gaming hardware.