There’s a lot to like about Xiaomi’s latest flagship, but the software still stands out as being one of the weaker points. Like many skins from Chinese manufacturers, MIUI changes too much of Android 7.1.1, to the point where it doesn’t really feel or act like Google’s OS.

My review unit came preloaded with Google Play, which is easy enough to flash on if your device doesn’t, yet basic Android features such as split-screen multi-tasking and replying directly from notifications were nowhere to be found. 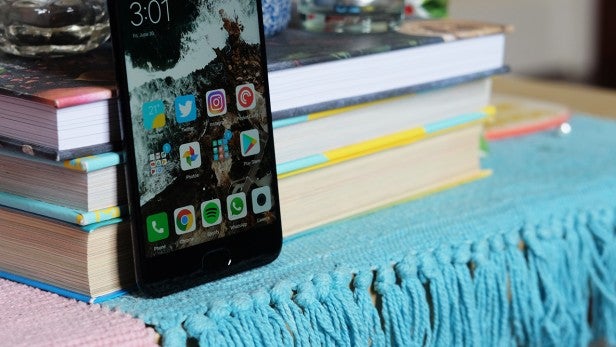 The lack of an app drawer will no doubt annoy some, and the icons are all a bit old-fashioned. There’s a general lack of style and design here, and the iOS influence is clear to see.

There a few nice additions that I’d like to become more common in Android skins. Dual App mode lets you have two completely separate versions of the same app – Facebook, for instance – and this is great for separating work and personal apps.

Last year’s Xiaomi Mi 5 was good, but it lacked an impressive camera. With Xiaomi aiming to launch the Mi 5 at such a low price, there were always going to be compromises – and the optics were just that.

This time around, there’s a lot more to like. And before the OnePlus 5 came along, this was the only Android phone to use its dual-sensor setup to offer 2x zoom through a telephoto lens.

Dual cameras on phones are nothing new, but often they each go in completely different directions with how they use that secondary sensor. The Huawei P10 offers a dedicated monochrome sensor for proper black and white photos, while the LG G6 has a wider-angle lens that’s great for landscape shots. The 2x telephoto sensor on the Xiaomi Mi 6 is similar to the iPhone 7 Plus, and lets you zoom in without theoretically losing any quality in the photo.

Both the sensors on the Xiaomi Mi 6 are 12 megapixels, although only the main one packs in optical image stabilisation. There’s also a difference in the apertures on the lenses, with the main having an f/1.8 and the telephoto having a narrower f/2.6. These two big differences mean that the zoom feature isn’t very good unless there’s good light. 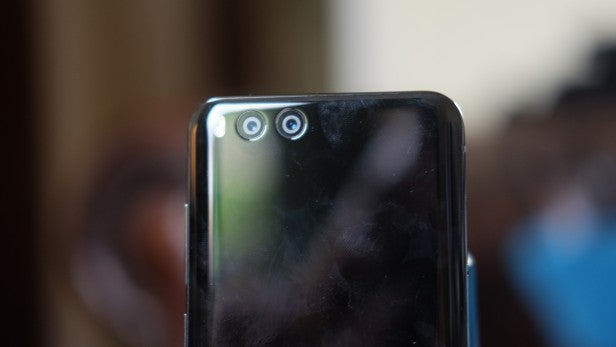 The shiny back is a fingerprint magnet

I like the variety the zoom feature offers, and in well-lit daytime environments the pictures can be very good, There’s plenty of detail, a decent range of vibrant colours, with the wide aperture offering excellent depth to photos. A Portrait mode – which looks exactly the same as the iOS version – offers a good simulated bokeh effect. However, just remember to head into settings and turn off the ‘watermark’, or else you’ll have ‘Shot on a dual-camera’ on every photo. 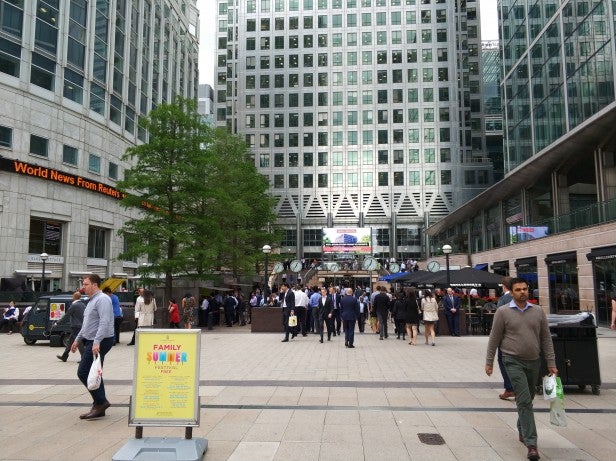 Photos have plenty of detail, but the lack of auto-HDR does make them over-exposed 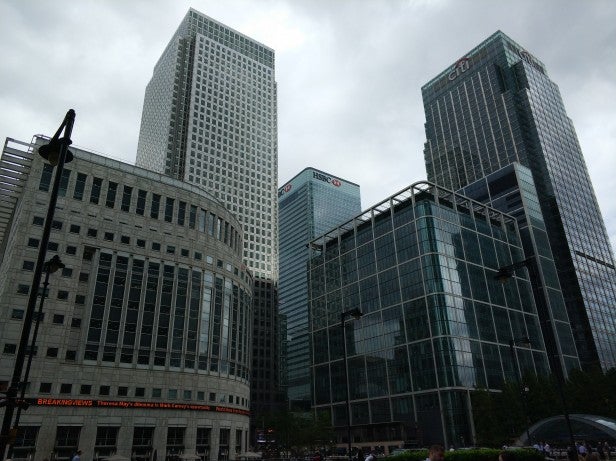 There’s a nice feeling of depth to pictures 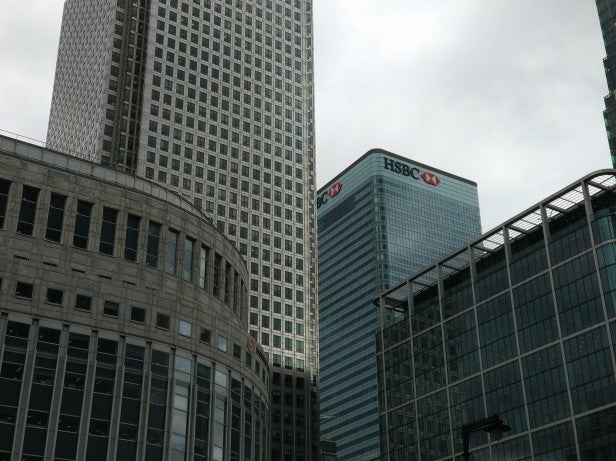 2x zoom, same as above 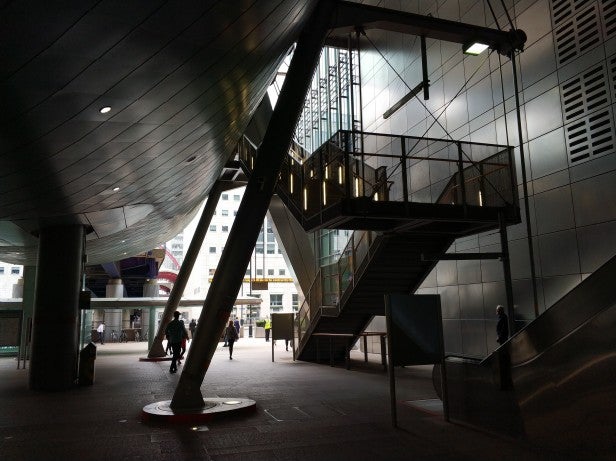 Detail is retained in lower light, but the autofocus slows down 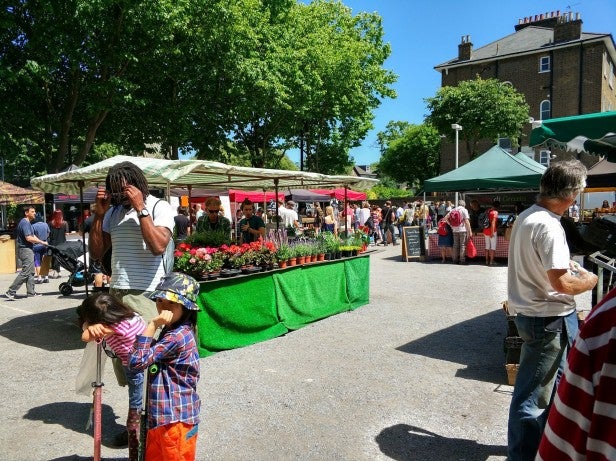 The auto HDR mode does level out exposure, but it doesn’t work well for every shot

There are a couple of issues I have with the pictures, but considering the price I can forgive Xiaomi. The HDR mode, which boosts shadows and saturation, has to be manually enabled every time you take a photo – so it’s either all or nothing, and this can lead to certain bright photos looking almost fake. Exposure can be a little erratic, too; you’ll often find yourself using the manual exposure slider  to level things out. I’ve also found the autofocus to be on the slow side, and if you’re quickly firing off shots then you’ll need to ensure you’re holding the phone very steady.

Having OIS on the main sensor does improve low-light photos and it’s possible to get good night shots. The stabilisation makes a bigger difference in video, where the Mi 6 captures footage that’s much smoother than the juddery OnePlus 5.

On the front there’s an 8-megapixel sensor that has a nice wide-angle lens. It takes great selfies, offering balanced skin tone and lots of detail. One particularly strange feature of the front camera is a software tweak that tries to guess your age and gender. It doesn’t work, but is good for a quick giggle.

Xiaomi says that one of the reasons for ditching the headphone jack was to allow for the bigger battery, and the 3,350mAh cell tucked inside the glass body certainly is large for a 1080p phone of this size.

Whether or not the extra battery life is a valid trade-off for the lack of headphone jack is up to you, but I’ve been thoroughly impressed by the battery life on offer here. Getting through the day is no issue at all, and on numerous occasions I’ve forgotten to charge the device overnight and it managed to get to lunch the following day. The lower-res screen – when compared to other flagships – also means it consumes less power when streaming and gaming. An hour of Netflix ate through 8%, which is impressive.

Quick Charge 3.0 is supported, and using my own charger the phone took about 90 minutes to fully charge.

Should I buy the Xiaomi Mi 6?

If you’re on a budget, happy to sacrifice a few features and don’t mind importing then the Xiaomi Mi 6 is a good buy.

It’s fast, well designed and has a lovely screen – but there are some issues that arise along the way. The lack of a headphone jack is annoying, but I have more long-term concerns about build quality and the lack of certain LTE bands.

Small Android phones that pack high-end features are rare, with only really the Huawei P10 and Google Pixel offering similar size and specs. But both of these are pricier than the Mi 6; and personally, I prefer the camera and display of the Xiaomi Mi 6 over the Huawei P10.

You’ll have to import it, but it’s worth the effort.