Portable speakers come in all sorts of shapes and sizes, from larger iPod docks to tiny pocketable units like the X-mini Capsule speaker we’re looking at here. Measuring just 52 x 42mm, and weighing a mere 57.4g, it’s small enough to take with you almost anywhere, but is it actually any good?

Pink finish aside, it’s a reasonably stylish and well-made device. A translucent plastic flip-up lid keeps the speaker protected, the bulk of the body is finished in a reasonably hard wearing soft touch plastic, and its various sockets, switches and other features are all sturdy and neatly integrated. 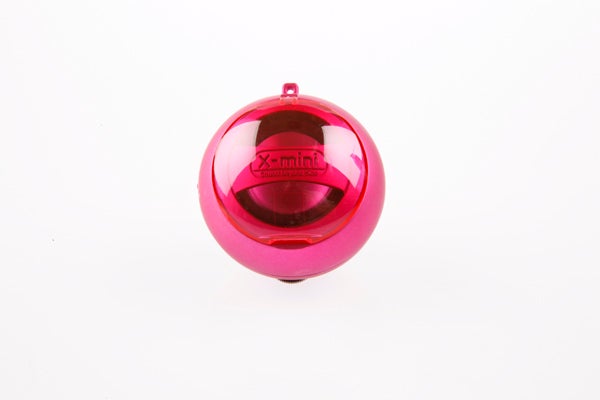 Around the sides you get a chunky On/Off slider switch, above which is a loop for attaching the speaker to a lanyard, bag strap or such like. Further round are the miniUSB charging port, headphone jack, and volume wheel. It’s a shame a microUSB socket isn’t used instead of mini, as micro is now largely the standard for phones, and it would be handy to be able to use a single cable to charge both. 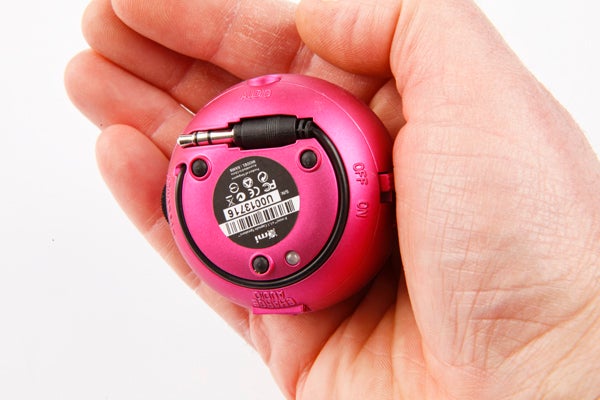 On the bottom of the portable speaker, along with three little rubber feet and a blue LED to show the unit’s on, is the audio input cable. This 11cm cable with a 3.5mm stereo jack on the end fits snugly in the recess that wraps around the bottom, keeping cable and plug surprisingly secure. 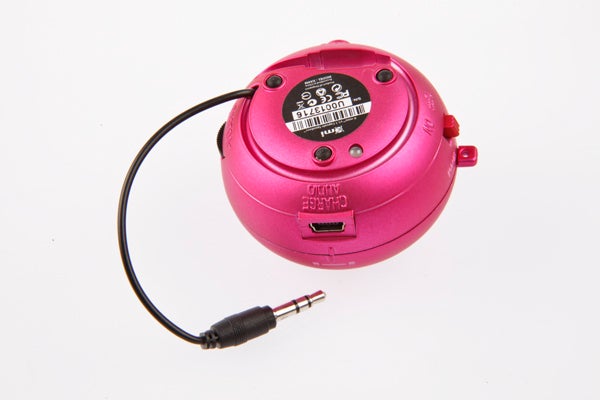 All told, this is a decent selection of features for a cheap portable speaker, though overall it doesn’t quite have the simple elegance of some alternatives. It’s certainly a far cry from the clean lines of the sublime Pasce Minirig, which requires no power switch (it powers on when something is plugged in) nor volume control (it just relies on the volume control of the input device), but that speaker costs nearly eight times as much. What is crucial is that the X-mini can be used on its own, without any cables, making it a truly portable solution – you really could just permanently keep one in your jacket pocket or in a compartment in your everyday bag.

So small is the X-mini that you may wonder how it can possibly
produce audio of any power or depth, but this is where its piece de
resistance comes in.

Twist the speaker anti-clockwise about its
middle and it pops open to reveal a concertina of rubbery plastic that
extends the total height of the speaker to around 57mm. Not exactly
goliath but large enough that bass is given a bit of room to
reverberate.

And it works too. The speaker will work both unextended and
with lid closed but sounds weak and muffled. Open the lid and the
speaker leaps into life, though, providing a noticeable boost in volume
over most phones, tablets and small laptops. Open up the concertina and a
bassy rumble is added to proceedings. It cannot compete with larger,
more expensive units, and if you’ve a device with reasonable audio the
step up may seem too small to be worthwhile, but there are plenty of
portable devices that will be greatly enhanced by the audio on offer
here. 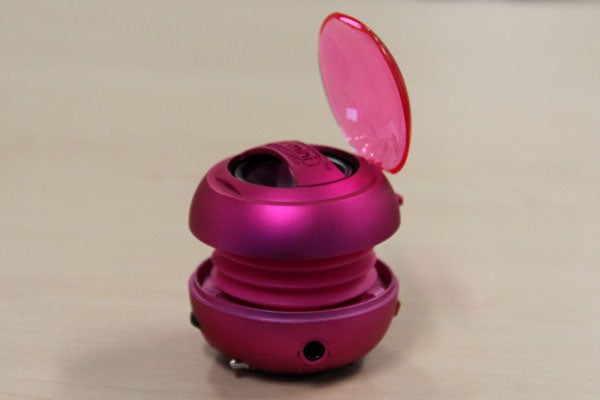 We tested with an iPhone 4S, Samsung Galaxy S and 13in
Asus ZenBook and found that while the iPhone and Zenbook could match or
out do the X-mini for volume (respectively) both lacked its beefier
sound. However the Zenbook did arguably sound better with its stereo
speakers, especially when watching video. As for the Galaxy S, though,
the X-mini provided a significant boost in volume and depth, clearly
making it a worthwhile upgrade. 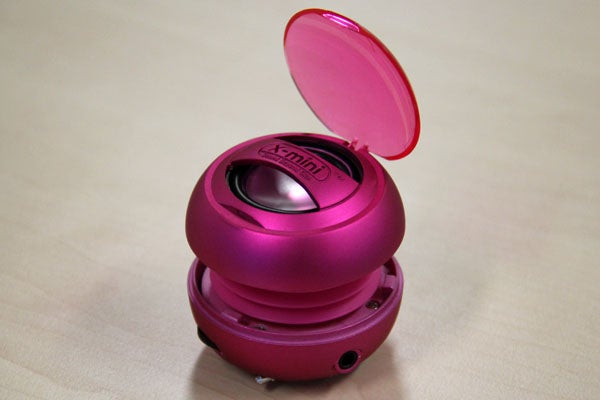 Battery life is a reasonable
(considering its size) 6 hours, though it does take a couple of
hours to charge, which seems a bit excessive. For £11, and for something
you can just chuck in the bottom of your bag, you can’t really ask for
too much more, though. 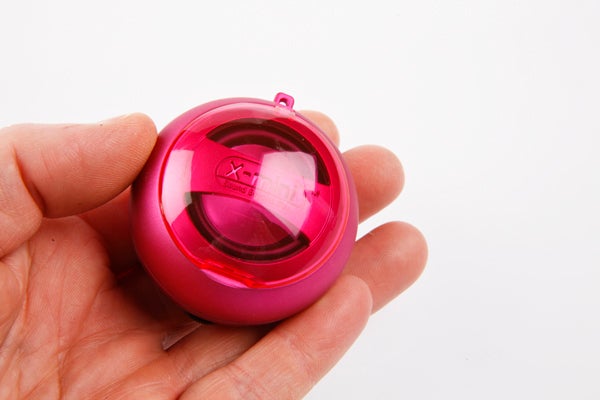 That said, the X-mini II, with its larger
40mm driver and 12 hour battery life is only a slightly larger unit
overall and costs the same, so might be a better bet – we’ll be sure to
get one in soon to find out.

The X-mini v1.1 is
almost everything you could want from a portable speaker. It’s
absolutely tiny, quite well-built, has both an audio socket and an
integrated audio cable and provides a boost in audio oomph over the
speakers in many phones, tablets and small laptops. And at £11, it’s
almost an impulse buy. However, it doesn’t quite have the power to
necessarily be worth bothering with if your device’s speaker isn’t too
bad, especially as you lose the stereo of laptop speakers.