Kingston is attempting, with the Wi-Drive, to solve a problem created by the growing number of phones and tablets which come without the option of expandable storage. The lack of SD card slots means there’s certainly a need for low cost solutions, but is the Kingston Wi-Drive a truly usable replacement for having that extra storage on your device? With my 16GB Google Nexus 7 regularly running out of space and my with my eye on a Nexus 4, I was keen to find out.

The Wi-Drive is essentially a portable, battery-powered flash drive which allows up to 32GB or 64GB of content to be stored on it. What makes it different from traditional portable hard drives is its ability to stream content wirelessly to devices such as smartphones and tablets. 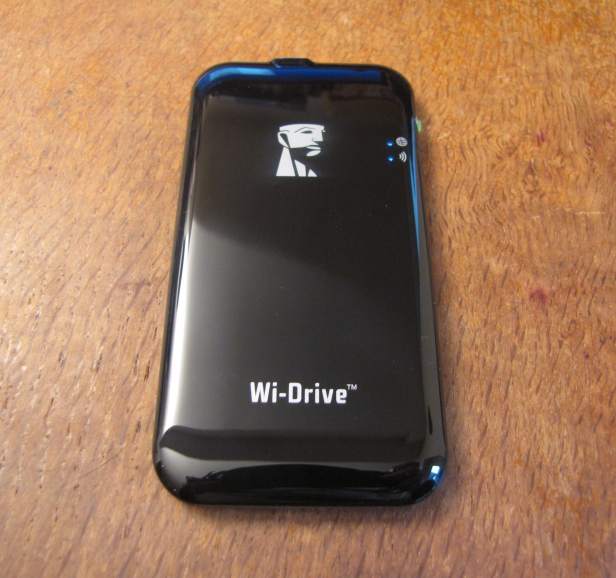 It works by creating a local Wi-Fi network for up to three Android or iOS devices to connect to. Cleverly, it can also create a bridge between a Wi-Fi router and phone or tablet, allowing internet use via the Wi-Drive’s network. Older models of the Wi-Drive did not possess this capability which meant having to switch Wi-Fi connections when you wanted to use the internet and switching back to the drive to stream content. Thankfully this isn’t an issue with the current version of the Wi-Drive and streaming content to one device while using the internet on another works perfectly as does switching from watching a movie to browsing the web.

In terms of design the Kingston Wi-Drive certainly looks the part. Phone like in appearance, it doesn’t look out of place next to a cutting edge smartphone and is only about the size of an iPhone 5, making it easy to carry around. In addition is has no external metal, or sharp edges so your phone will not be damaged by bumping into it while rattling around in your pocket or bag. 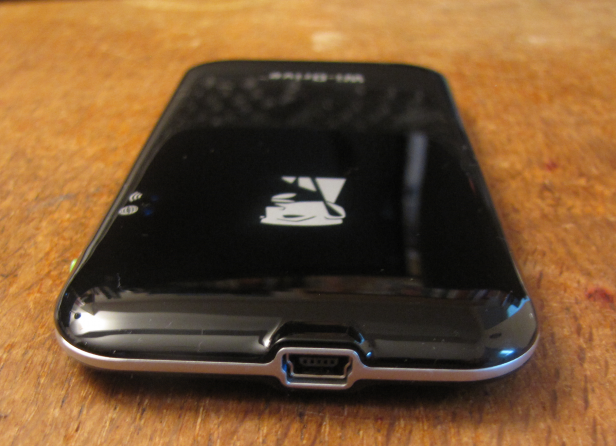 Adding content to the Wi-Drive couldn’t be easier. No software or driver downloads are needed, just plug it into a PC or Mac and it can be used like any other external drive. It is USB 2.0, so transfer speeds aren’t blistering; on average the transfer rate was 5mb a second which means it takes about 4 minutes per gigabyte transferred and around 2 hours to fill all 32GBs. One downside is that, being FAT32; the Wi-Drive won’t take files larger than 4GB, so those with particularly high bit-rate video files won’t find this as useful as many, but it’s unlikely most users will find this limit a problem. It also uses a rather antiquated mini USB cable rather than the newer, and more popular, micro USB. 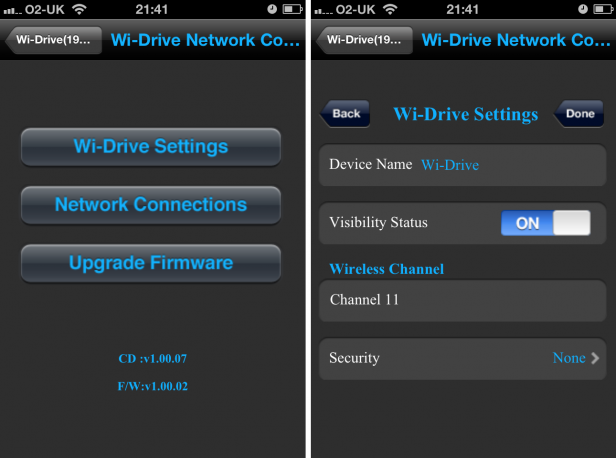 The Wi-Drive’s free to download iOS and Android apps may not be pretty but they are simple to use. The settings screen lets you quickly and easily set up your network connections and security passwords (the Wi-Drive comes unsecured out of the box) and a simple folder system lets you browse your content in lists. One slight irritation is that longer file names were cut off meaning it is sometimes difficult to find a specific episode of a TV series. This could be easily resolved by having names scroll across the screen rather than remain static and we hope future app updates resolve this issue.

Playing music via the Kingston Wi-Drive was a little disappointing as Kingston’s media player is a little crude and basic, and certainly no match for the iTunes app or Google’s player. That said it functions well enough and there was no discernable degradation of sound quality from streamed MP3s for instance. 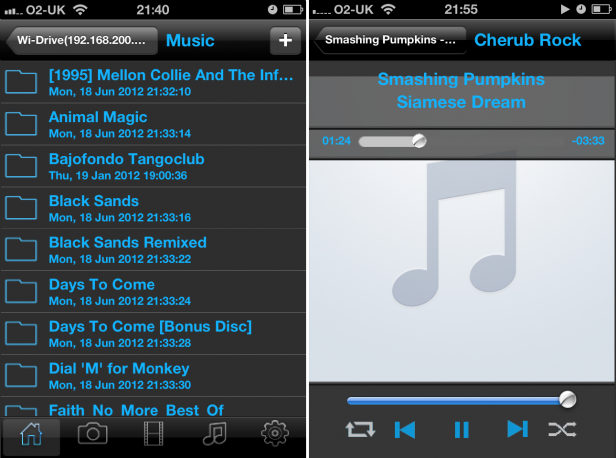 Video was in some ways better and in some worse than music playback. Rather than use the Wi-Drive app, video playback is performed by your device’s media player (the Wi-Drive is supposed to work with other video apps but we couldn’t get this working). Unfortunately for iOS users this means many regular video file types won’t work but MP4 (the preferred iOS video format) playback was flawless.

The limitation of MP4 only playback means that unless all your video is converted to that format you will struggle watching it on an iOS device like an iPhone or iPad. You could convert your media, of course, but we would like to have seen an integrated video player as part of the Wi-Drive app which has the ability to play multiple types of media files. On the bright side, however, there there was no evidence of excessive buffering or compressed and blocky video even when streaming high bitrate content. 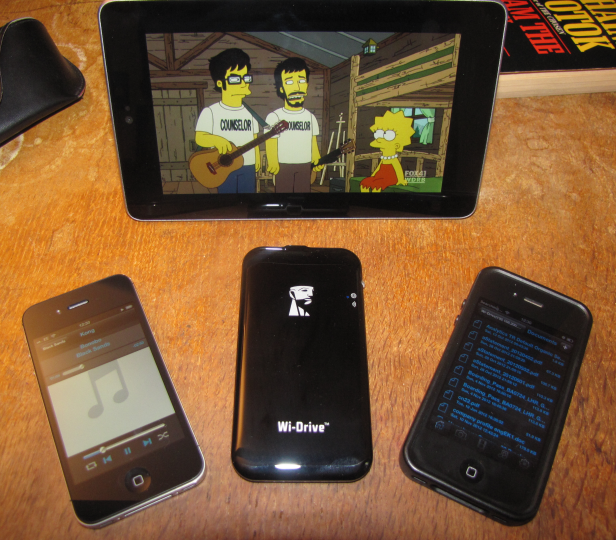 Android devices fared slightly better with video. AVI files worked well using the Android player on a Google Nexus 7 and HTC Sensation. MKV’s displayed video but, unfortunately, without sound. There were no such problems with other types of content such as documents. Word, Excel and PDFs all opened with ease.

It should be noted that the Wi-Drive currently only works with iOS and Android devices so Windows Mobile 8 users will need to wait for Kingston to release a Windows app before they can take advantage of this clever little gadget.

The Wi-Drive has a basic traffic light battery indicator which goes from green for 51% to 100% battery life to amber for 25% to 50% and red for less than 25%. We managed to get almost 5 hours of playback streaming to 2 devices simultaneously which is perfectly acceptable; however, the top of the Wi-Drive did get much hotter than we’d like after just a few minutes of use.

Expectation for the Wi-Fi range of the Wi-Drive was low considering the size of it, but we were pleasantly surprised by the results of our testing. Signal was maintained with a distance of 15 metres (50 feet) between phone and Wi-Drive, and there was no sign of stuttering video or music during playback even at that distance.

The Kingston Wi-Drive is not perfect, you won’t be able to use it on airplanes because it uses Wi-Fi to connect to your devices, and it does get worryingly hot. That being said it is otherwise a great travel companion particuarly, for those wanting to take that extra box-set or music with them, or for those who have limited storage on their phones or tablets and are not thinking of upgrading in the near future. Range is excellent and, currently, it is one of the few sensible solutions for increasing the storage on devices devoid of SD card slots. iOS devices such as the iPhone and iPad mini, in particular, benefit greatly because it is more difficult to add content to them without being near a computer with a registered iTunes account or a fast internet connection.