Over the last six months or so
we’ve seen an explosion of 13-megapixel budget phones, and the Vodafone
Smart Ultra 6 sits among them. It’s all because Sony came out with a new
low-cost, high-resolution sensor and just about everyone seems to have
jumped on the thing.

However, the results you can expect depend
an awful lot on processing and how a camera manages its exposure
settings. The latter in particular is crucial in getting a good ‘hit
rate’ from a phone. 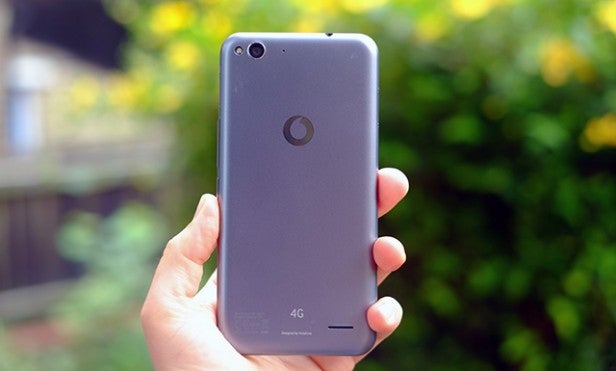 One
of the commonest pitfalls is dealing with how to alter the exposure metering
when you select a particular focus point. Using spot metering, where the
exposure is tailored specifically for the focal point, often results in
an over or under exposed shot. The Vodafone Smart Ultra 6 avoids this
by using ‘average’ scene-based metering, not based on the point of
focus. So when you tap-to-focus, how bright or dark the photo is
generally doesn’t radically change.

It works reasonably well at
times, but can often struggle to deal with cloudy skies, shifting quite
abruptly as you let the sky take up a little more, a little less of the
scene. The Ultra 6 also leaves you with quite a lot of low-contrast shots, and while the HDR mode is partially effective in what it does, it can reduce the appearance of contrast even further. The Smart Ultra 6 camera brain needs to be a bit smarter. The hit rate just isn’t that high.

It’s not a fool-proof camera, then,
but thanks to the high-resolution sensor it can capture quite a lot of
detail once you learn how to get the most out of it, and swallow the idea that you’ll just have to discard some duds. Extra availble detail makes the camera more flexible composition-wise than an eight or five megapixel phone, letting you crop into shots or use the zoom a little without everything turning into a congregation of digital splodges.

Here are some photos taken with the Vodafone Smart Ultra 6: 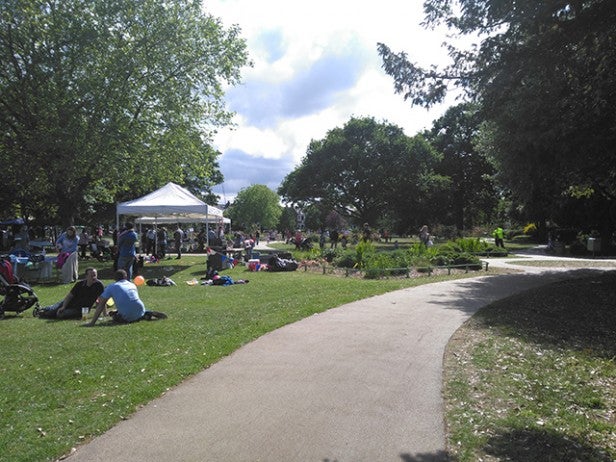 Here the Ultra 6 gets it just about right. Parts of the sky are overexposed, but only enough to make the foreground nice and bright. Contrast in the trees could be greater, mind. 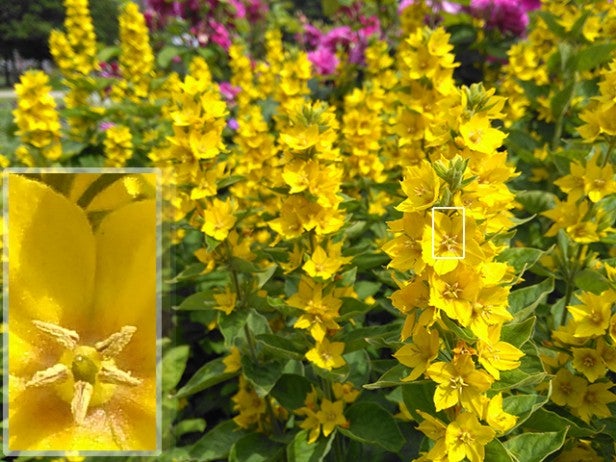 A neat demo of the kind of detail you can get from the 13-megapixel sensor. Not bad. 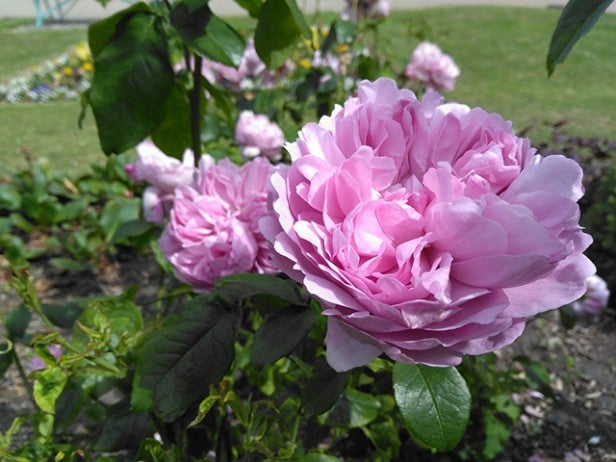 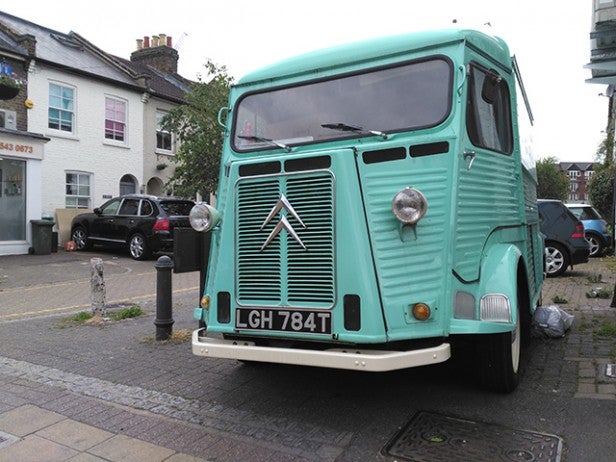 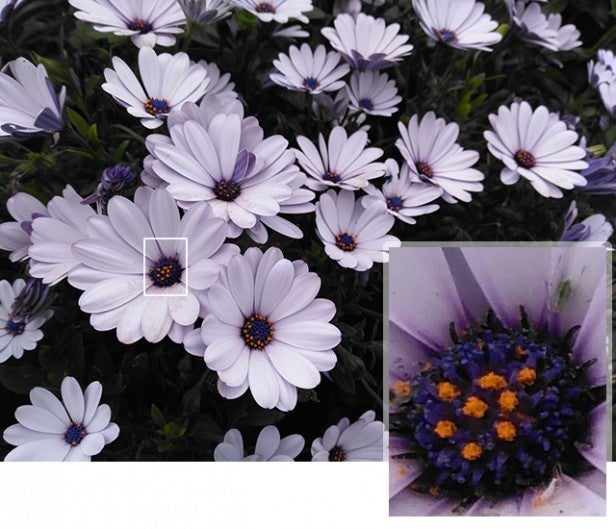 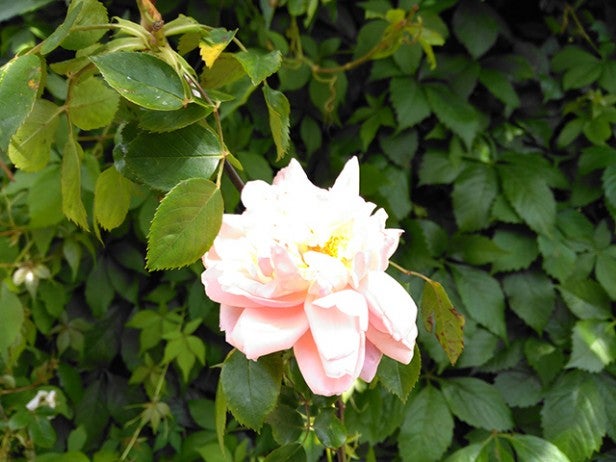 A prime example of the Ultra 6 camera getting the exposure totally wrong, resulting in this blown-out flower. 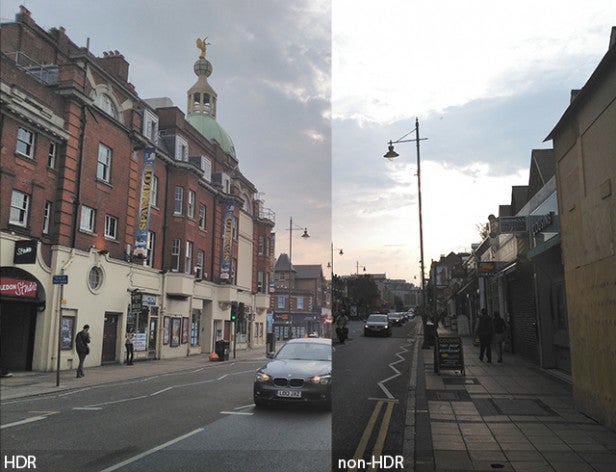 HDR does increase dynamic range, but also tends to sap contrast quite a lot. 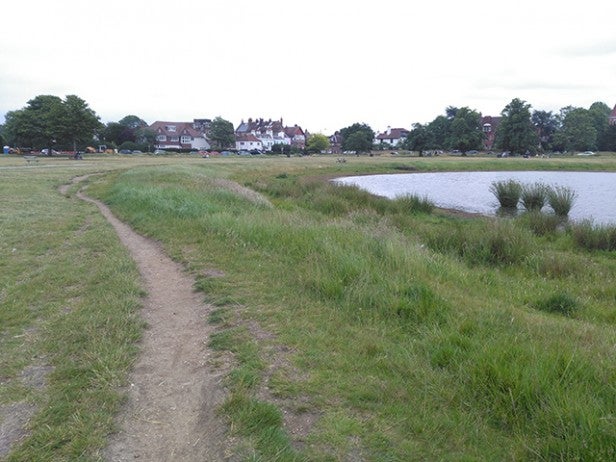 Foreground a little washed-out, sky overexposed. Not a highlight. 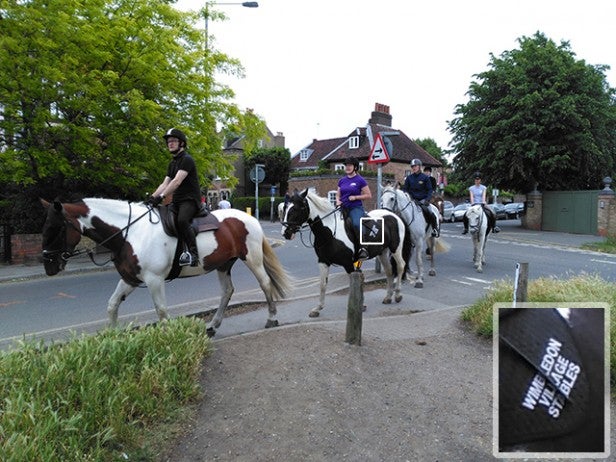 Another example of the sharpness and detail to expect. Not bad for £125. 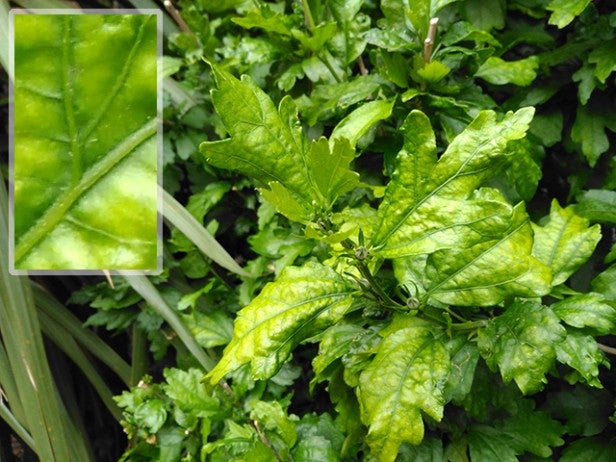 Performance is reasonable too. When using the
standard Auto mode there’s just a hint of shutter lag, and just a very
brief pause between shots. As is still the case with most cheaper
phones, things slow down considerably when you use the Vodafone Smart
Ultra 6’s HDR mode. It takes longer to take the photo, and there’s a
delay of a few seconds as the phone processes the thing.

HDRs
don’t have the subtlety to be used all the time. They’re a bit too
severe and processed-looking. But the mode is quite effective. 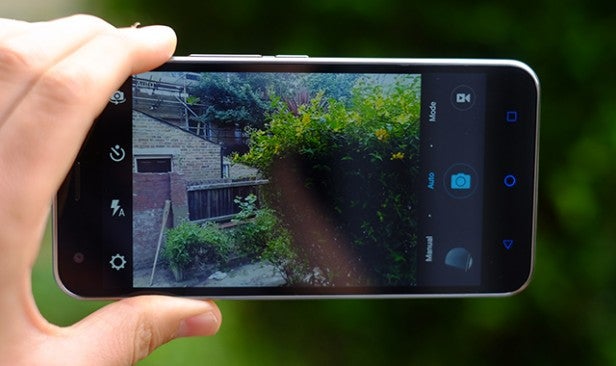 The
camera app in general is pretty good, in fact. It’s not the standard
Android camera app, and while it’s not flashy it offers an awful lot,
arranged in a pretty intuitive way. By default the Auto mode is
selected, and you can leave it on that and simply shoot if you like. But
there are plenty of other modes to use, selected with your right thumb.

As well as standards like panorama and HDR, there are arty
filters, a mode that takes photos repeatedly at intervals of 1s-60s and
multi-exposure, letting you merge multiple scenes into one image.
There’s also a manual mode. 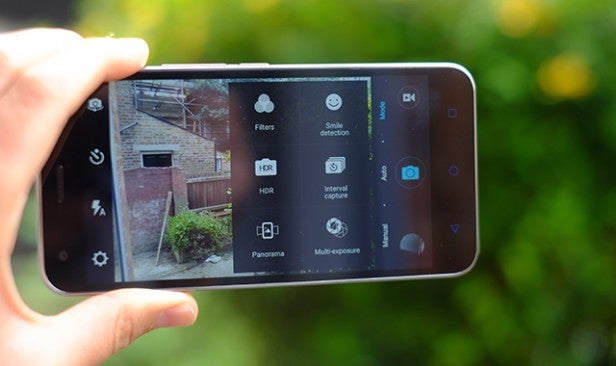 This
lacks manual focusing, but does give you control over white balance,
exposure and ISO, as well as giving you a grid and level guide.

The Vodafone Smart Ultra 6 doesn’t have an amazing camera, but it get things about half right. Low-light abilities are nothing special, though. Rather than using advanced processing to make your shots clearer, the phone will shoot as slow as 1/7 of a second, which is just about impossible to keep sharp while shooting handheld. Basic flashes rarely do photos many favours, but if you’re shooting people it’s best to turn the flash on here.

For selfies, the Vodafone Smart Ultra 6 has a 5-megapixel sensor and offers pretty good images. Indoors it’ll compensate for middling lighting just fine, while holding onto colour saturation. You don’t get many bonus modes for selfies, but there is one that snaps as soon as it spots a smile. A spoonful of creepiness for you, there.