This sort-of humble approach pays off, because aside from a few little glitchy moments the Vodafone Smart Ultra 6’s performance is very strong. During testing we did come across a few things that appear to be flat-out bugs: it took us a while just to get through the initial setup wizard. But we were using the phone before it was even fully announced for the UK, let alone released.

There’s no annoying consistent keyboard lag, no consistent long loading pauses and no endemic navigation lag. So while there are a few bugs left to squish, general performance is sound. 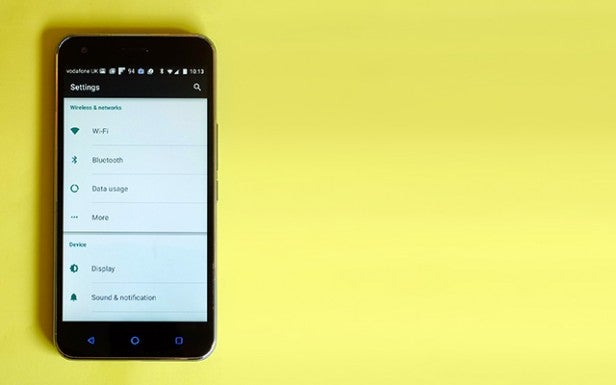 Given the price, the hardware running the Vodafone Smart Ultra 6 is quite fantastic too. It has the Snapdragon 615 processor and 2GB RAM. While the Snapdragon 615 is a mid-range processor, it might be more realistic to view it as a Snapdragon 410 upscaled to suit the greater needs of a 1080p (rather than 720p) phone.

It has eight Cortex-A53 cores, four clocked at 1.5GHz, and another four at 1.0GHz. Something like the 4G Motorola Moto G has four of this kind of core, at 1.2GHz. Higher-end Snapdragon chipsets like the 810 only use Cortex-A53s for their ‘low power’ cores, letting you the sort of performance to expect.

The Snapdragon 615 is also a 28nm process chipset. We don’t want to blind you with numbers, but this means it’s a lot less efficient architecture-wise than something like the Samsung Galaxy S6, which has a more efficient 14nm architecture. The Snapdragon 615 is up to date in some respects, such as being 64-bit, but slightly behind in some ways that are arguably more important. 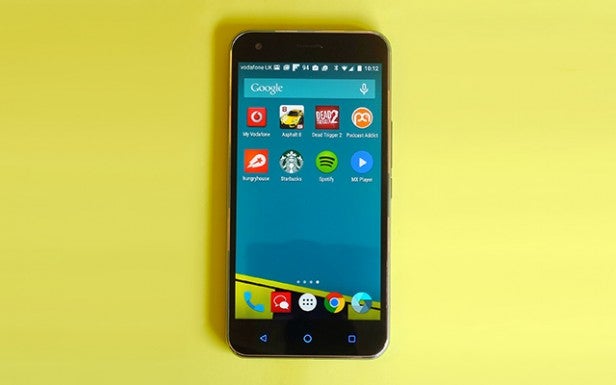 In other words, the 615 was a bit of a missed opportunity on Qualcomm’s part. But within the context of a £125 phone it’s still terrific. You get enough power to play top 3D games, with only fairly minor frame rate sacrifices. What you get here is roughly the same performance level as the crop of popular 5-inch 720p phones, but at 1080p resolution.

Sure, a 1080p phone with a Snapdragoni 801/805/810 CPU would get you higher frame rates. But we found the speed to be more-than acceptable even when setting games like Dead Trigger 2 and Asphalt 8 to their ‘max’ graphics settings.

An unfortunate side-effect of the success of free-to-play casual games is that there are actually relatively few new games that really show up quite how not-all-that-powerful the Snapdragon 615’s GPU is. Good news for prospective Vodafone Smart Ultra 6 owners, mind.

Thanks to its wealth of cores, the Vodafone Smart Ultra 6 does pretty well on the conventional benchmark tools too. It scores 2264 in Geekbench 3 and 24990 in AnTuTu, predictably trashing the 1300 Geekbench 3 and 17000 AnTuTu scores you could expect from the 720p Snapdragon 400/410 competition. Again: consider the difference in resolution and this increase isn’t quite so spectacular, but just as important.