The Vestemi Radbot is different from other smart radiator valves I’ve reviewed: there’s no app, no voice control of the likes of Amazon Alexa, and no boiler control. It even looks like a traditional “dumb” radiator thermostat. So, what’s the point? In short, simplicity.

Inside, there’s the real intelligence. Over time, the Radbot, which is based on the OpenTRV standard, learns how you use different rooms, and turns them down when you’re away and up when you’re inside. If you need a simple, yet smart, upgrade to your heating system then the Radbot could be for you.

The most striking thing about the Vestemi Radbot is that it looks like a traditional Thermostatic Radiator Valve (TRV): it even has the same kind of dial, which starts with frost protection and moves up through numbers (one to five) before the top, fully open setting. Build quality is decent and the Radbot feels rugged. It’s quite neat-looking too, with a simple case that will blend in anywhere.

Installation, too, is simple. Just unscrew your old TRV and, if required, fit one of the provided adapter rings. Then, insert the 2 x AA batteries into the Radbot, wait 15 seconds and screw it into place. Job done – and, externally, your radiators won’t look any different to when they had dumb TRVs. 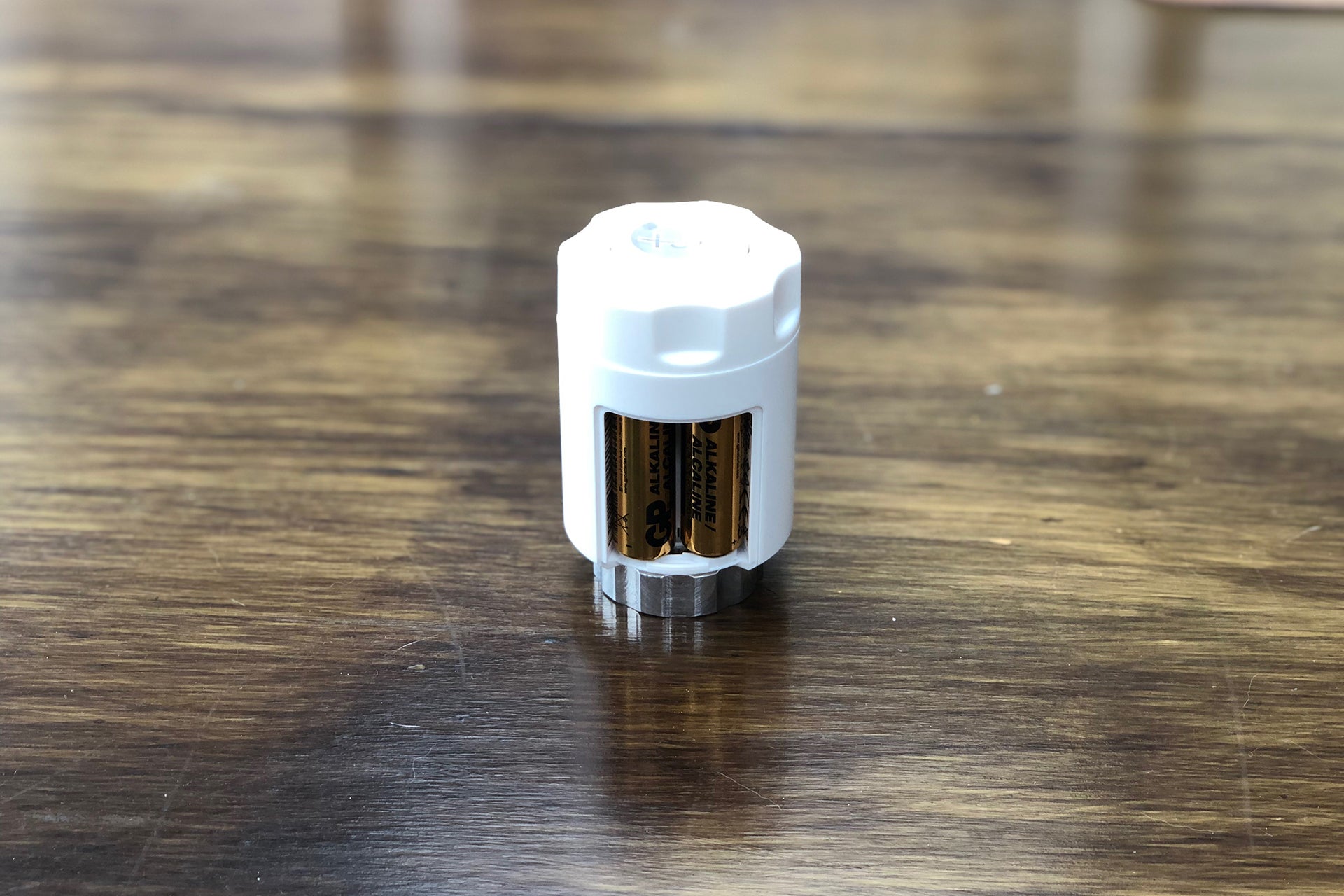 This simple installation means that the Radbot can be installed in practically any home that uses a wet heating system, even if you’re renting, have an old boiler that won’t work with more modern heating systems, or have a heating system that doesn’t have smart radiator valves, including any product on our Best smart thermostat list, such as the Nest Learning Thermostat.

Once installed, the Radbot runs through its calibration process, working out the maximum and minimum positions of the pin that controls the TRV. Beyond that, there’s very little that you can, or have to do. 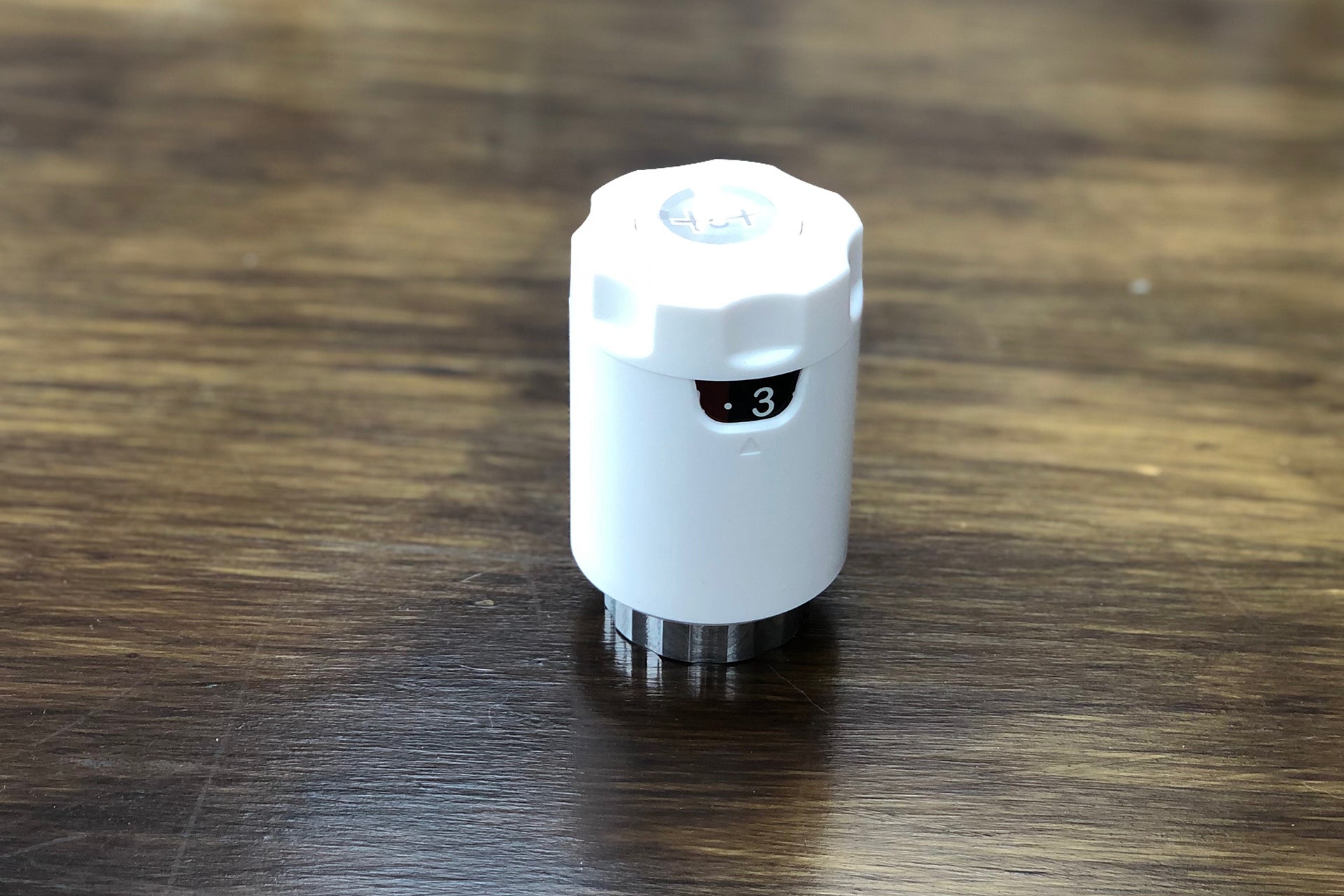 That works out a maximum temperature of 23ºC at 5, with the full-open setting maxing out at 24ºC. The minimum temperature at 1 is 15ºC, with frost protection working at 6ºC. So far, so good; but if the marks correspond to actual temperatures, then why not write these on the dial instead of arbitrary numbers? I understand that Radbot is trying to keep things simple and work with what people know, but temperatures are easy to understand.

There’s also a Boost button on top. Press this and the Radbot opens up the valve fully for 30 minutes, letting you warm a room faster.

Other than that, the system is entirely automatic and adjusts the temperature using an algorithm. Using a light sensor, the Radbot monitors for light changes in the room to figure out occupancy, seeing when you do things such as open or close curtains, or turn lights on or off. It also tracks light through the day. 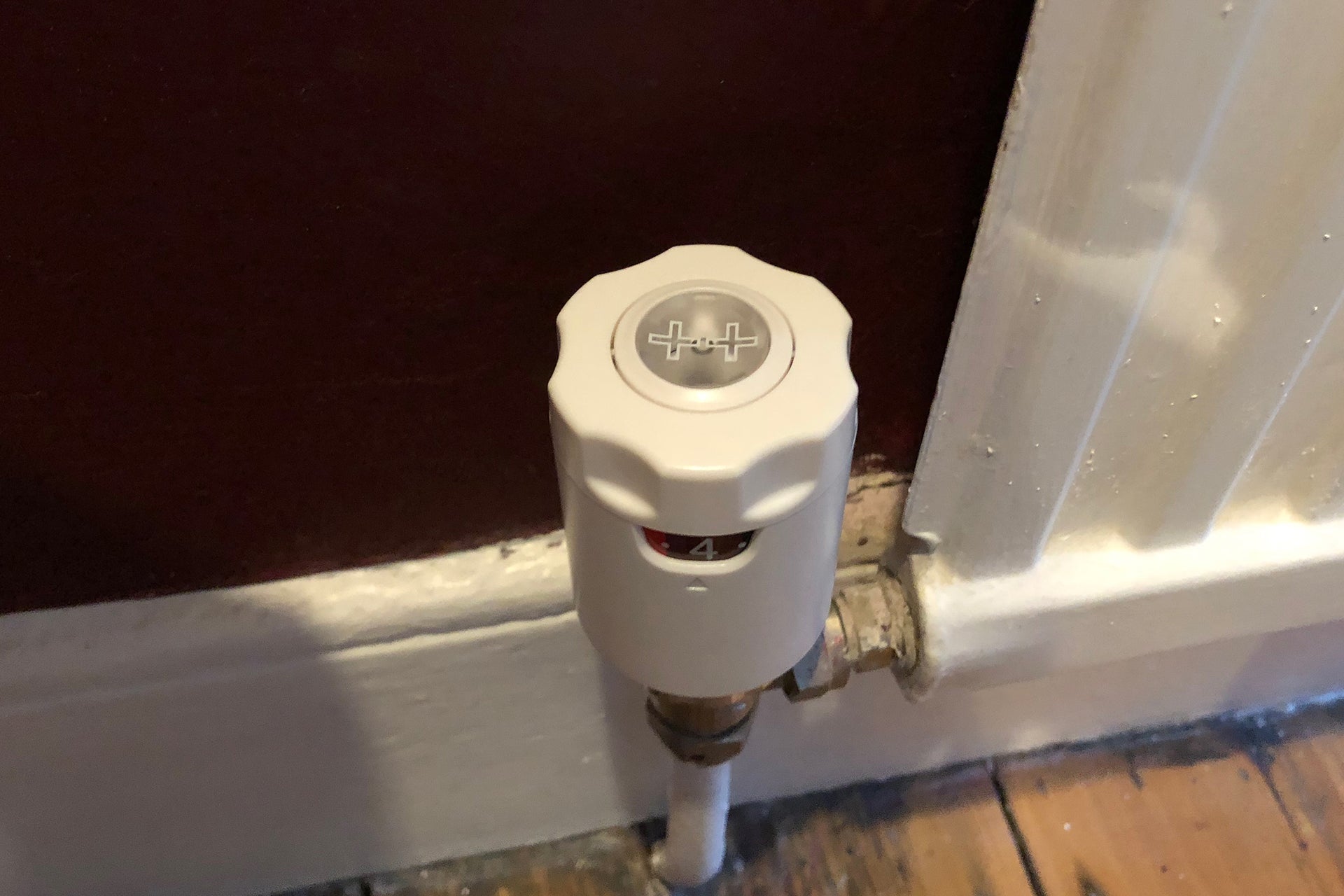 As a result, Vestemi says not to use Radbots where light is limited, so they’re a no-go where you’ve got radiators behind furniture, radiator covers or the like. Radbot is recommended in the main living areas of your home: kitchen, living room and bedrooms. In addition, Radbot gets used to your interactions: when you change the temperature dial and when you hit the boost button.

The lower the radiator valve is set, the greater the setback point used and the more energy savings. By reducing temperature and shutting the radiator down faster, your boiler can turn off sooner, which will save you money.

Radbot is largely a set-and-forget technology that takes a couple of weeks to really bed in. Over the initial period, you have to get the temperature setting right for each room by adjusting the dial. Each time you do this, you get a mechanical noise of the motor moving the radiator valve’s pin. The Radbot’s certainly no louder than the competition.

As with all such systems, you have to take into account temperature differences throughout a room, which can vary by a few degrees from one side to another. As such, you may find that you need to turn the Radbots up in some rooms and down in others.

It can take a little while to get everything right. As the Radbot can’t call for heat, it’s only in operation while your main thermostat has the boiler turned on (a future update will add boiler control) that you may have to adjust your main thermostat to get its schedule right, too.

Once you’ve got the main settings right, Radbot will work everything out by itself. Walk into a room that you don’t typically use during the day and you’ll notice that it’s cooler, heating up at night when the lights normally go on. In trials, Radbot saved up to 30% of energy costs used per radiator; with four to five in a house, it can save around 30% of total energy costs.

Batteries are set to last for up to two years. When the red light stops flashing on turning on Boost mode, or your radiator is always on max, simply unscrew the Radbot, slide out the panel at the rear and replace the batteries.

The Vestemi Radbot won’t be for everyone. A full multiroom heating system, such as the Honeywell Evohome, lets you set exactly when you want rooms to be at the right temperature, can call for heat from your boiler, and even integrates with OpenTherm Boiler Controls.

Then, there’s the Tado Smart Radiator Valve set. Once you’ve bought the starter kit (£110) you can buy additional smart radiator valves for £59 (multi-packs work out slightly cheaper). These offer more advanced, schedule-based control, complete with app and voice control. Plus, you can upgrade to full boiler control when you want.

That all said, there are those people who don’t want the hassle of a full-on heating system; they want to save money and have more accurate heating – in this instance, the Radbot is hard to beat. Plus, the more you buy, the cheaper it gets, with the current pricing of just £48.74 per Radbot if you buy four plus from EDF (that’s 25% off the single price of £64.99).