What is the UMI Hammer S?

All of this is contained within a part metal, part plastic casing which calls to mind the design of the vastly more expensive iPhone 6S. The UMI Hammer S retails for around $140 / £90 from retailers such as Pandawill.

Over the past few years we’ve seen a real trend developing for smartphones made partly or even entirely with metal casings.

There’s no doubt that a metal body offers a more premium feel when compared to cheaper plastic, and this ethos is now trickling down to the budget end of the spectrum. The UMI Hammer S is somewhere in the middle, as it has a metal chassis with a removable plastic back plate.

The frame gives the unit quite a bit of heft, increasing the overall weight to 168g – not excessive in the phablet arena, but still pretty chunky, especially when compared to the all-plastic Xiaomi Redmi Note 2.

It’s clear that the designers at UMI took a lot of inspiration from Apple’s iPhone 6 when creating this handset. The bottom edge even has the same style speaker grille, and the rounded edges give off a similar vibe. 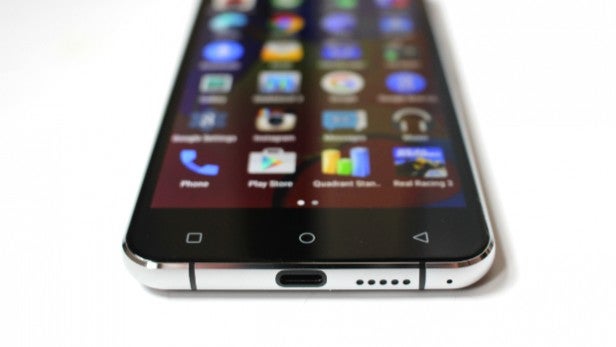 From the back however the Hammer S sets itself apart, with a central camera, LED flash and fingerprint scanner. The volume rocker and power button are both located on the right-hand side of the device, with the top edge housing the 3.5mm headphone socket and IR blaster.

Charging and data transfer takes place via the USB Type C connection on the bottom edge, making this one of the first low-cost phones to use the new standard.
The budget UMI Hammer S fingerprint scanner is an impressive addition at this price point. Sitting in the phone’s home button it lets you set the Hammer S to only unlock once its holder has proven their identity. I found the scanner works well and the device unlocks quickly with a single touch.

The Hammer S has a 720p HD 5.5 LCD screen, which offers a pixel density of around 294 ppi. The quality of the screen is surprisingly decent for a phone costing as little as this, with brightness and contrast both being excellent.

In fact, for sheer punch it rivals the Samsung Galaxy S6’s AMOLED panel. Viewing angles are also rock-steady and very impressive, and it’s only the low resolution which gives any real cause for complaint.

With such a large screen, a full HD resolution would have made more sense – it’s possible to pick out individual pixels on the panel, making text and images appear jagged or ill-defined. 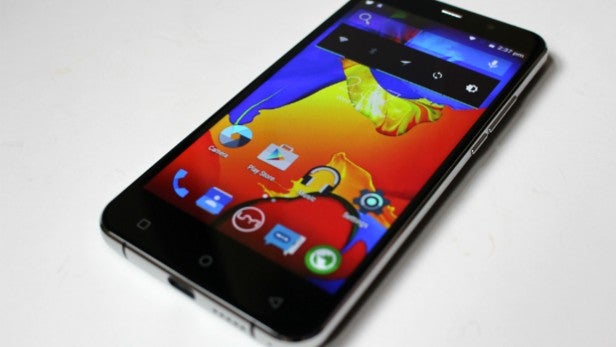 In terms of software, the UMI Hammer S is running Android 5.1 with UMI’s own UI modifications sitting on the top. It’s a fairly stock interface, with subtle changes – a different app drawer logo being about as drastic as it gets. However, Google Now is totally absent – as are all of Google’s core Apps – unless you choose to install them from the Play store yourself.

If you do it’s possible to load up the Google Now launcher which places the virtual assistant on the left-hand home screen, effectively turning the device into something more akin to a Nexus phone. I did this at the earliest possible opportunity and found it offered a much more agreeable experience.

In terms of unique software, the UMI Hammer S comes with a SuperCleaner app which allows you to free up RAM by shutting down apps, control what apps boot at start-up and clean out junk files that are no longer needed. There’s also an app that lets you to turn the Hammer S into a remote control – all thanks to the handy IR blaster on the top edge.

Another unique feature is “Smart Wake” gesture commands which activate certain elements of the phone while it’s sleeping. For example, tracing a “C” on the screen will boot up the camera, while an “M” will start the music player.

Double-tapping the screen to wake the phone is also supported. However, if you have a security lock in place – such as the fingerprint scanner – these shortcuts will wake the screen but do nothing else.