Powered by Mediatek MT6735 quad-core
chipset clocked at 1.5GHz, the Hammer S has reasonable power for a phone
in its price band. The 2GB of RAM is generous as well – the same amount
that ships inside Google’s new Nexus 5X, in fact.

General
performance is decent, with the phone being swift to respond to user
input and quick to open and toggle between applications. 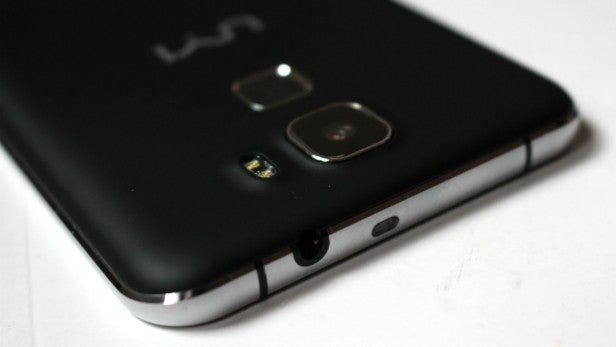 The
benchmarks might paint a dismal picture but during everyday use the
Hammer S feels nippy and lag-free, and it’s only when playing
graphically intense 3D games that the lack of processing grunt becomes
truly apparent. Titles like Hitman Sniper and Real Racing 3 are playable
but suffer from sluggish frame rates.

The Hammer S comes equipped with a 13-megapixel Sony IMX179 camera on the rear and a 2-megapixel front-facing snapper.

The
rear camera’s megapixel count may be impressive, but the images it
produces fall short of the quality you’d see on leading Android
handsets. Photos lack detail when you zoom in close, and low-light
shooting is plagued with fuzziness and noise. 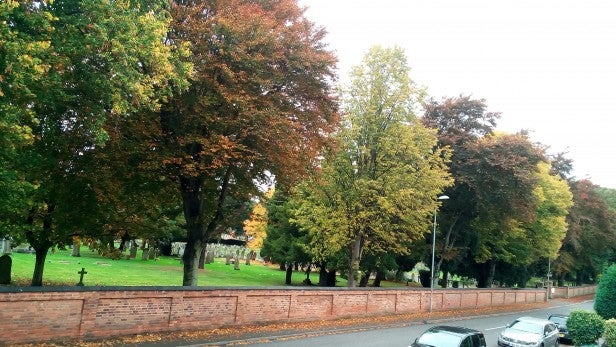 The camera is also
a little slow to boot up and takes longer than I’d like to focus and
capture shots. A HDR mode is included, as is a “gesture capture” feature
which will automatically snap a photo when a ‘V for Victory’ sign is
detected – a common gesture seen in selfies.

It’s not exactly
the kind of feature I’d add to my all-time wish list, but I’m sure some
will find it useful. There’s also a ‘live photo’ mode which mimics the
GIF-like functionality seen in Apple’s recent iPhone 6S.

With
a roomy 3200mAh battery, the Hammer S offers above-average stamina.
During my review period I managed to get almost two days out of the
single charge, sticking to a reasonably average usage pattern. The
pattern included checking emails, taking photos, browsing the web and
playing a few games each day.

Keeping the screen active
naturally reduces the battery life, but even if you really pushed the
phone, it’s still perfectly possible to get an entire day of use before
it needs charging. The ability to swap out the battery also means you
can carry a spare with you for those times when you’re away from a
charging point for a few days. 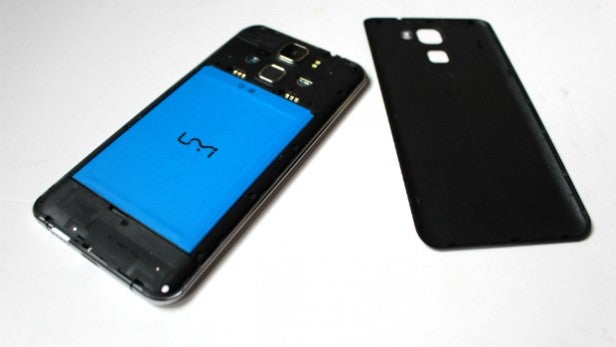 Should I buy the UMI Hammer S?

Purchasing
a phone from China isn’t without its risks, and the Hammer S is no
exception. What you’ll be getting is a device which has been rooted and
flashed with an English-language ROM by the retailer, and also lacks any
kind of Google applications out of the box.

Such aspects aren’t
reasons to avoid laying down your cash, but they can cause issues – a
rooted device won’t play nice with certain security-conscious apps, such
as mobile banking services. If you’re savvy you can un-root the phone,
but that might be beyond casual users.

With with caveat out of
the way, there’s plenty of reasons to recommend the Hammer S. The design
and build quality are uncharacteristically good for a phone as cheap as
this, and the presence of a fingerprint scanner and USB Type C elevates
the phone above its budget rivals.

Despite the rather lackluster
benchmark results, the Hammer S feels quick and responsive – although
serious gamers will be disappointed with its lack of processing muscle.

Cheap,
well-made and packing in some features which you don’t normally find in
low-cost phones, the UMI Hammer S is well worth a look – although it’s
underpowered when compared to similarly-priced rivals, like the Xiaomi
Redmi Note 2.

Thanks to Pandawill for supplying the UMI Hammer S used in this review.