What is the Xiaomi Redmi Note 2?

The latest and greatest phone from the company known as “the Apple of the East”, the Xiaomi Redmi Note 2 continues the company’s trend of offering impressive specifications at astonishingly low prices. It’s also one of the fastest selling phones of all time, having shifting 1.5 million units in its native China in the space of a fortnight.

Boasting a 5.5-inch full HD screen, 64-bit Octa-core processor and a 13-megapixel camera supplied by Samsung, the Redmi Note 2 gives the best Android phones out there a serious run for their money – and all for around £125. 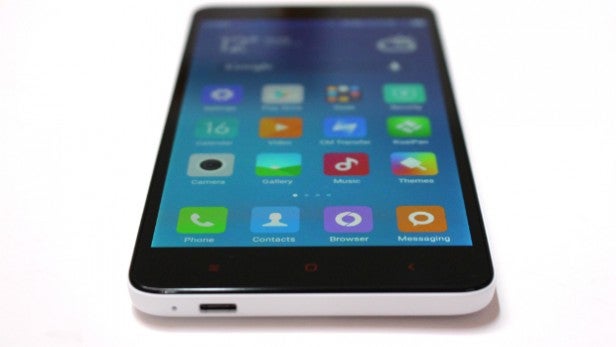 Compared to the iPhone-like Xiaomi Mi4 the Redmi Note 2 is a reserved and plain offering, sharing many similarities with its immediate predecessor, the original Redmi Note. It has a two-part construction, with the main body of the handset clipping into a plastic shell that covers the removable 3060mAh battery, dual Micro SIM card slots and microSD slot.

The front of the phone is entirely black, save for a trio of red capacitive action buttons which cover the usual multi-tasking, home and back Android functions. The back panel – which comes in a range of colours – is fashioned from matte plastic and is equally sparse, offering up the camera lens, LED flash, “Mi” logo and speaker grille.

Around the edges you’ll find the volume and power buttons on the right-hand side and the 3.5mm headphone jack and IR blaster on the top. The charging socket is on the bottom edge, and uses a squared-off MicroUSB-A connection despite the fact that the charging cable itself has the more common MicroUSB-B connector. 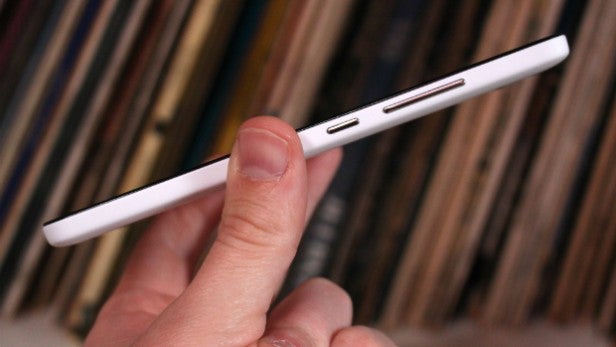 At just over 8mm thick and weighing 160g, the Redmi Note 2 is relatively thin and light. The use of plastic gives the phone a less premium feel when compared to the likes of the HTC One M9 and Samsung Galaxy S6.

I noticed that the two-part casing creaks audibly when squeezed, largely because the back panel clips on rather than being permanently secured – this is especially noticeable on the left-hand side of the device. These minor points aside, the Redmi Note 2 is an unassuming yet attractive handset.

The Redmi Note 2 employs a 5.5-inch IPS LCD panel which boasts a full HD resolution of 1920×1080 pixels. That supplies a pixel density of 401 ppi, which basically makes it impossible to discern individual pixels without the aid of a magnification glass.

Detail, colour replication and contrast are all excellent, and while the display isn’t as bright and punchy as the AMOLED panels you find on the likes of Samsung’s handsets – and it’s noticeably harder to view in direct sunlight – it’s still impressive, especially on a phone which costs so little.

For such a modestly-priced phone the Redmi Note 2 is packing some amazing specifications. It’s powered by a Helio X10 MediaTek MT6795 64-bit octa-core processor – the same one found in HTC’s One M9 – and comes with 2GB of RAM.

Two storage options are available: 32GB on the Redmi Note 2 Prime model, which is the one I reviewed and 16GB on the basic edition. A microSD card slot allows you to expand the phone’s storage.

4G connectivity is included – something that was missing from some versions of Xiaomi’s flagship Mi4 – and the roomy 3060mAh battery is removable, which will be a massive selling point to those of you who have grown tired of the current trend for sealed units and non-serviceable power cells.

An IR blaster situated on the top of the phone can be used in conjunction with an app to control your television set or audio appliance, and the 13-megapixel Samsung-made rear-facing camera takes amazing photos, supports 1080p video recording and boasts a super-fast focus time.

One thing that is notably absent is NFC, as Xiaomi CEO Lei Jun feels that it isn’t used enough to warrant inclusion in the company’s phones. He could well have a point, but with Apple, Samsung and Google all pushing their own mobile payment services this year, we’re likely to see a massive spike of interest in this contactless tech and its uses.

It’s a shame that the Redmi Note 2 won’t be along for the ride, but to many buyers it won’t be a major negative. Quick Charging 2.0 – something that was rumoured prior to launch but never confirmed by Xiaomi – is also missing. 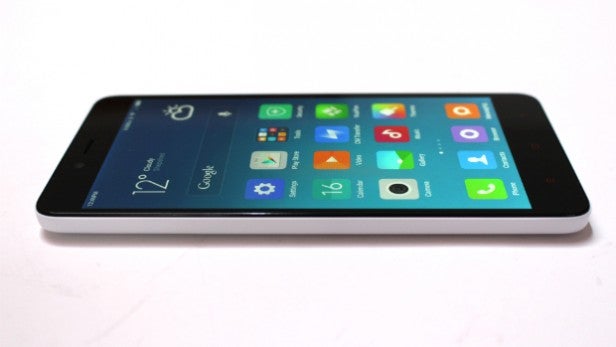 In terms of software, the Redmi Note 2 is sporting Android 5.0.2 with Xiaomi’s excellent MIUI 7 skin over the top.

While Apple fans may well point and laugh at how incredibly similar MIUI looks to iOS, everything is buttery smooth – something which cannot always be said of Samsung’s TouchWiz UI, even on the powerful Galaxy S6 – and genuine care has been made to ensure it looks great, with attractive icons and slick animations.

A lot of optimisation is going on under the hood, and Xiaomi issues beta updates to the core OS on a weekly basis to ensure a constant drip-feed of bug fixes and new features. Potential problems get fixed faster than they would with other handset makers – with the obvious drawback being that issues can be inadvertently introduced as well.

All in all though, I thoroughly enjoyed the time we spent with MIUI 7 and reverting back to my traditional day-to-day phone was harder than I expected.

One serious drawback to the handset you should be aware of is that, as a Chinese phone intended for Chinese consumers, the standard Redmi Note 2 doesn’t come with English language support out of the box and lacks Google apps.

The unit I reviewed was flashed with a multi-language ROM – which added Google Play Store support – by the retailer iBuyGou before it was shipped out, so make sure you get the same treatment before ordering or you’ll have to learn a new language to use the phone.

One other to is that the use of the skin will delay how fast the Redmi Note 2 can be upgraded to new versions of Android – like the fast approaching final version of Android M. This is likely why it’s doesn’t even have the latest version of Lollipop on it.