The UE Wonderboom 2 delivers a big, lively sound from its compact size, and packs some useful new features for the same price as the original.

The Wonderboom 2 continues the original speaker’s USP of delivering a big sound from a small form factor, and also  adds further features including an outdoor mode and stereo pairing.

It’s difficult to improve on a product that’s one of the best, but that didn’t stop Ultimate Ears from trying in the Wonderboom 2.

It’s the second go-around for the popular wireless speaker whose defining characteristic is producing a big sound from a small form factor. Rather than radically change its formula with the Wonderboom 2, UE has taken steps refine and improve the Wonderboom while still delivering the Wonderboom performance we’ve come to enjoy.

Thanks to these few tweaks, the concept – executed close to perfection the first time around – is now even better.

The look and feel from the original Wonderboom is largely unchanged with the Wonderboom 2. It’s slightly bigger, and features the same soft rubber finish on both the top and bottom for added grip when holding the speaker.

Build quality is robust. It’s the type of speaker that will survive a few falls from small heights. The speaker is made out of a material that’s dust-proof and scratch-proof, so while it isn’t completely unbreakable, it can survive a dusty room or your pet’s attempts to claw it. 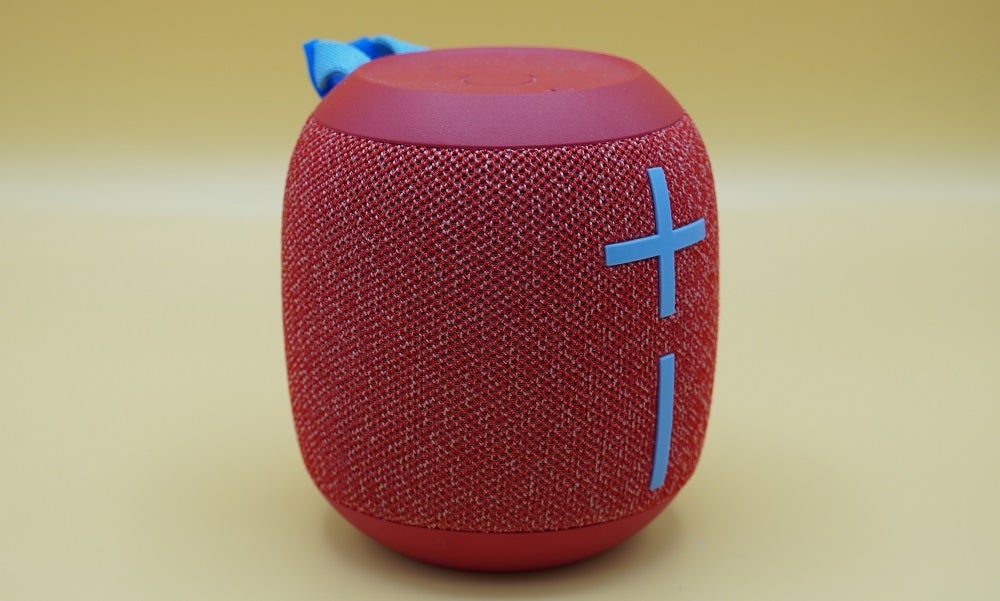 The distinctive two-tone design is available in a variety of shades − five in total − with names to suggest each finish has a personality of its own with Deep Space Black (black), Crushed Ice (grey), Radical Red (red), Bermuda Blue (blue) and Just Peach (pink). 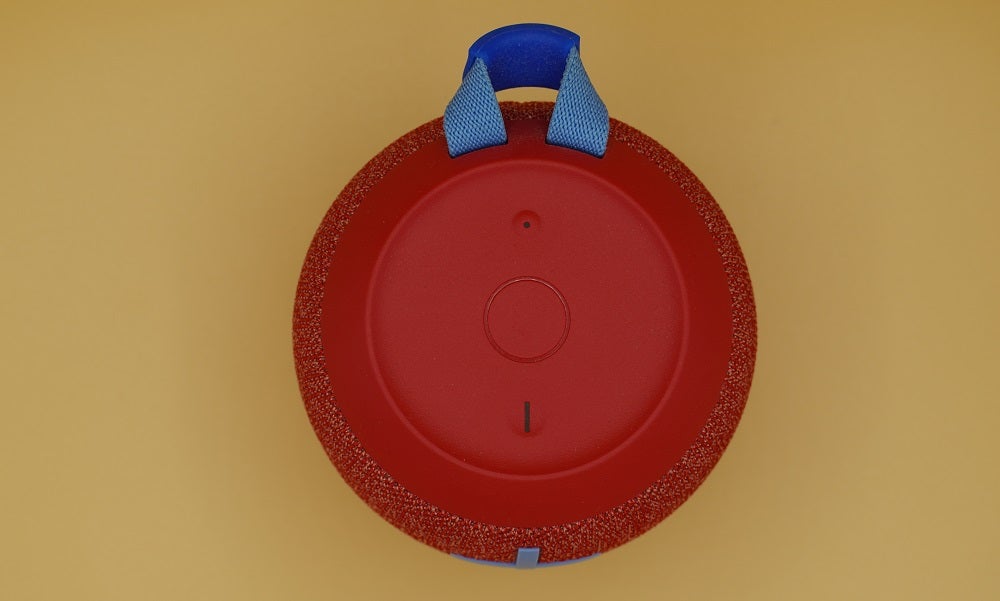 The change is indicative of the overall approach UE has taken here. A few nips and tucks, but nothing radical. If you’re wondering where the logo has gone to, it’s been transferred to the hang loop, which has also been tweaked so the speaker can be placed onto more hooks of differing sizes. At the rear is a flap that conceals the speaker’s micro-USB connection.

Battery life has jumped from 10 to 13 hours (a 2.5-hour charge gets you back to full battery). The Wonderboom 2 now has an IP67 rating – up from the Wonderboom’s IPX7 – so it’s able to withstand submersion in a body of water one metre deep for 30 minutes – although the Wonderboom 2 is thoroughly buoyant, content to bobble along any body of water.

New headline features are Outdoor Boost and Double Up, which effectively mean “bigger sound” and “stereo pairing”. Outdoor Boost is activated by pressing the pine tree logo on the speaker’s underside, nerfing the bass and giving mid-range and treble frequencies more room to breathe.

Activating it produces an expansive soundstage, with vocals more pronounced than before. There’s a tendency for some busy tracks to sound cluttered with Outdoor Boost engaged, but it doesn’t tax the sound quality too much. 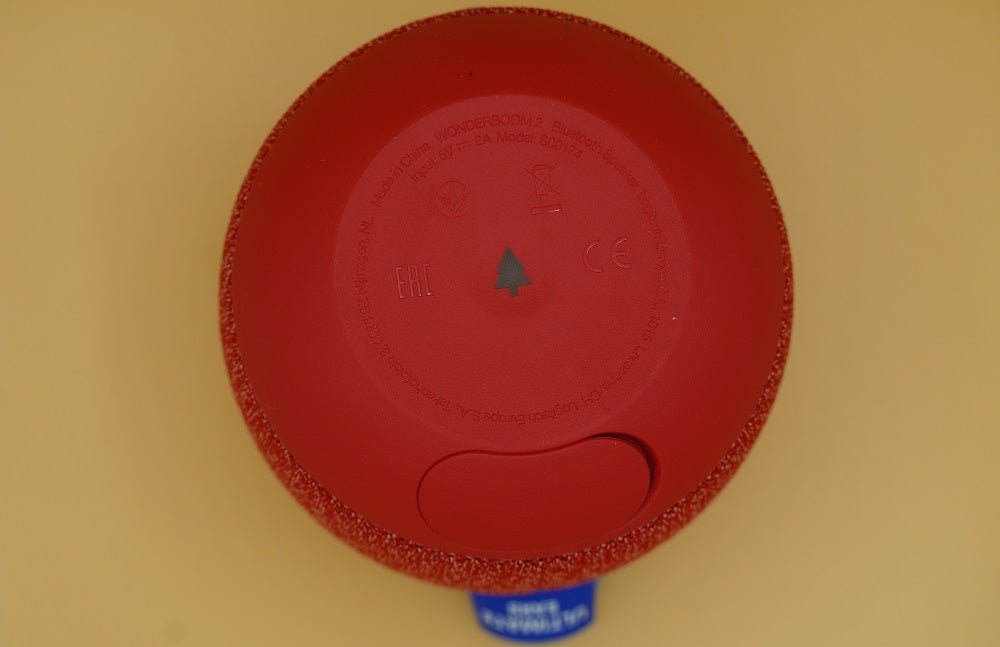 Double Up only works with a second Wonderboom 2 in attendance. Connect a pair and music switches from mono to stereo, with one acting as the left channel and the other as the right. We weren’t giving a second review unit to put this to the text, but a demonstration of it was effective enough, although the idea of coughing up another £90 in order to have this feature is less than enticing.

While the Double Up feature doesn’t work with the original Wonderboom, you can wireless group a Wonderboom 2 to two other Wonderbooms for a sort of mini multi-room set-up.

The Wonderboom 2 delivers a sound so big that having nudged up the volume to what I thought was close to full welly. In fact I was only half way.

How UE has managed this is nothing short of witchcraft; or more likely, a great feat of engineering. The drivers are the same as those in the original, but the low-end has been trimmed to for some extra oomph in the bass region. 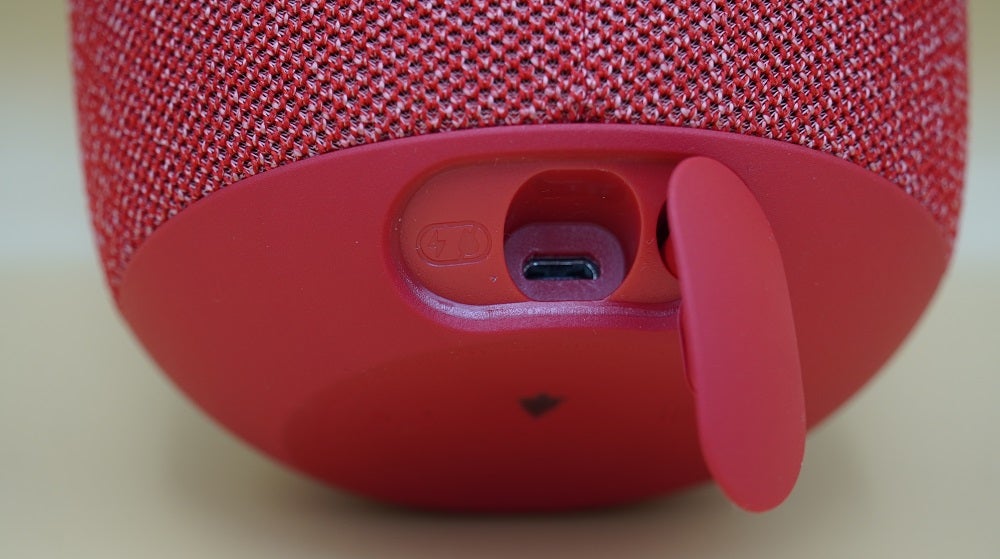 And the Wonderboom sounds really good, its 360-degree sound able to capably fill a room. Throw a song from any genre and the Wonderboom 2 attacks it with relish. Into the Red from Hans Zimmer’s Rush soundtrack is full of dynamic shifts and aggressive sound, but the Wonderboom 2 takes it in its stride.

Rob Dougan’s Clubbed to Death gets an airing; the bass aspects of the track are lapped up by the Wonderboom 2, giving a good sense of texture. Voices, too, are rendered with clarity. 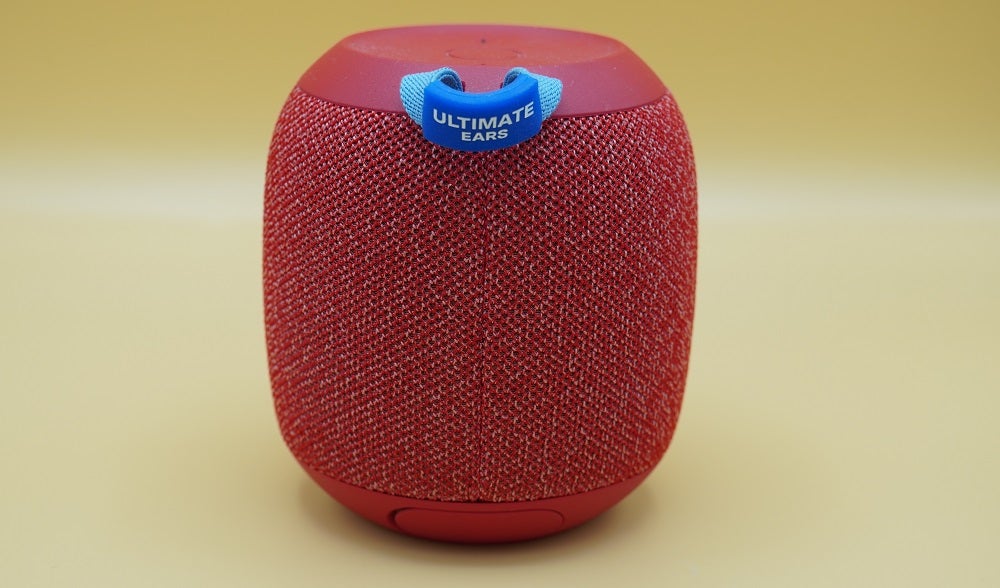 Despite the UE Wonderboom 2’s small form factor, with a track such as The Foo Fighters’ “The Pretender” you get a sense of depth. It’s a song that pulses with energy, although the speaker doesn’t appear fazed by it. Whether it’s songs that zip by or slower tracks − such as Patti Page’s “Old Cape Cod”, for instance − the Wonderboom is adept at producing a sense of detail and engagement in both.

You’re likely wondering if this is all too good to be true. There must be something the Wonderboom 2 can’t handle? Well, it it’s not the weightiest sounding speaker, but in light of how big it is, that’s something of a minor quibble.

If you’re after a speaker with a big sound for under £100, the Wonderboom 2 hits the right notes. The Wonderboom 2 is a case of small gains adding up to something greater, building on its already solid foundations. It’s the same, but even better.

The USP of Ultimate Ear’s speakers is that they go loud and with plenty of energy. The Wonderboom does this in a compact form that makes it incredibly easy to take it with you on your travels.

Of course, the original Wonderboom remains an option and can be had for less. Or, consider UE’s own Boom 3. While it comes in a different , taller form factor, it’s another big-sounding affair with 15 hours of battery life plus a few tricks for Deezer and Apple Music subscribers. The Tribit Stormbox Micro is also another option for under £50.