The Wonderboom is one the best speakers you can get for less than £100.

What is the UE Wonderboom?

The Wonderboom is the latest entry-level rugged Bluetooth speaker from Ultimate Ears. It’s designed for first-time buyers looking for a flexible speaker that can be used for everything from casual days in the park to extreme sports situations.

Featuring the insane maximum volumes UE speakers are famous for, plus having a near-unbreakable chassis and costing just £89.99, you’ll struggle to find better value for money speaker than the Wonderboom. 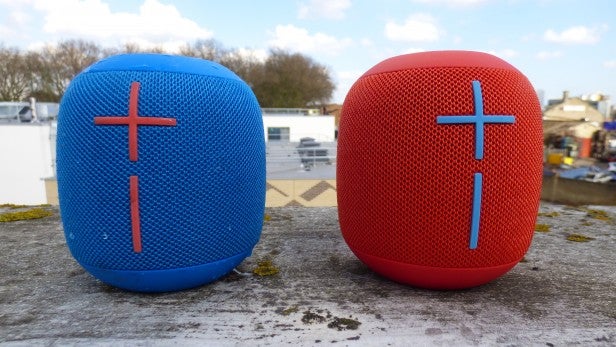 The Wonderboom is a small pebble-shaped speaker that looks like a slightly squished version of the company’s flagship UE Boom 2 speaker. It has the same soft rubber finish top and bottom, and a grille running around its bottom. Large, front-facing volume controls line its front and three control buttons sit on the speaker’s top.

The top central UE button is primarily used for pairing, but in theory can be used to play, pause and skip tracks with various combinations of presses. I generally ignored them in favour of my smartphone’s on-screen controls, however. The only design flourish is a rugged fabric hook that sprouts out of the device’s top.

The design may sound barebones, but thanks to UE’s use of a varied colour palette, those looking for something noticeable can make it fairly ostentatious and easy to spot, which will be useful for people like skateboarders and surfers looking to add a soundtrack to their exploits. The Wonderboom is available in grey, black, red, blue, pink and lilac.

The speaker’s also pretty rugged, with UE having built it to IPX7-rated standards, which means it can survive submersion in 1 metre of water for 30 minutes – though actually getting it below the surface is pretty tricky, as the Wonderboom is buoyant and naturally floats. 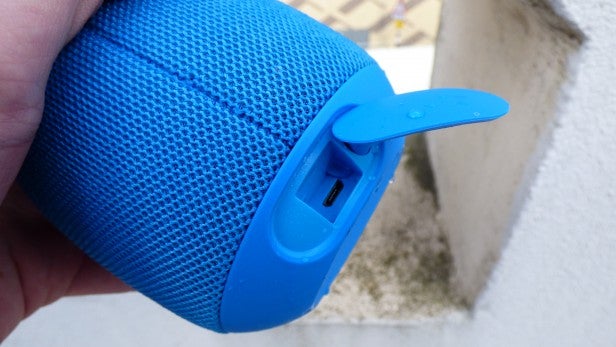 I’m not convinced many BMX riders, skateboarders, snowboarders or surfers will want to carry a Wonderboom with them at all times, as UE’s promotional material suggests, but the ruggedness is a blessing for regular home use.

Within a few days of using the speaker I found myself naturally using it as my bathroom speaker, and used it on a near-daily basis when taking my morning shower. I can also see it being great for backpackers and holiday-goers looking for a lightweight speaker that can safely be used on the beach or by the pool – although I personally detest people who pump out tunes in public places.

Having unleashed a toddler and dog on the speaker, I can also attest to the Wonderboom’s general build quality. The Wonderboom survived a two-pronged assault that saw it used as a flail by the toddler and then the prize in a child-versus-canine game of tug-o’-war without so much as a scratch and continued playing music the entire time.

The speaker also has a solid 10-hour quoted battery life, which I found accurate. The Wonderboom constantly managed to survive a standard 9-to-5 workday off a single charge with a full bar of battery left when playing music at around 75% maximum volume. 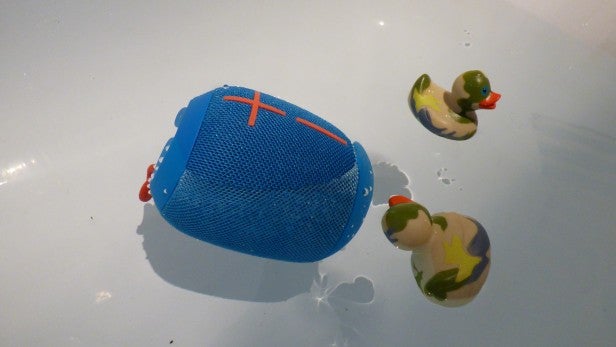 UE’s Boom range is famous for two things: insane maximum volume and powerful bass. Both of these strengths remain on the Wonderboom.

The Wonderboom’s two 40mm active drivers and two 46 x 65mm passive radiators are capable of reaching devilishly high volumes and offer a robust 360-degree sound projection. Make no mistake, this speaker is more than capable of filling most regular lounges with music and will have the neighbours shouting at you to turn it down if you use it outdoors maxed out (my neighbour isn’t a fan of Gwar, apparently).

For those who want to make themselves deaf, or use the speaker during a house party, UE’s also made it so you can pair multiple Wonderboom’s together. The pairing process is pretty simple and just requires you to hold down the speaker’s UE button and wait until you hear a bongo noise to indicate the speakers have synced. UE claims you can pair multiple Wonderbooms, but I only got to try the feature with two during my review.

The system worked fine, but considering the speaker’s entry-level focus, I can’t see many people taking advantage of it unless they happen to have a mate who also owns a Wonderboom. 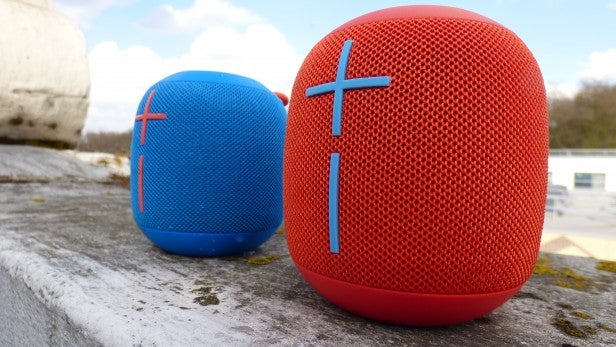 Bass levels are also solid and give low-focused genres, such as rap and dance, a decent rumble and powerful tone. Bass is an area where the Wonderboom beats UE’s other more portable offering, the UE Roll 2.

Highs are also capably handled for a speaker at the Wonderboom’s price point. Punk guitar sounds suitably attacking, without becoming acidic, and jazz piano has all the twinkle you’d expect. All in all sound quality is about as good as you’ll find on a sub-£100 Bluetooth speaker.

That doesn’t mean it’s perfect, however. The mid-range lacks detail and feels generally weedy compared to highs and lows. On some genres this can lead to a fairly flat or unbalanced sound. Classical music and metal are particularly badly affected. Listening to complex arrangements where there are lots of layers, subtleties are occasionally lost or very difficult to discern.

This isn’t an uncommon problem on Bluetooth speakers and, being fair to UE, it isn’t as pronounced on the Wonderboom as it is on competing, more expensive units, such as the Beats Pill+. It’s also fairly forgiveable considering the unit’s low price.

The Jam Heavy Metal is pretty much the only speaker I’ve used in the Wonderboom’s price bracket not to suffer this issue, but that requires you to sacrifice waterproofing, which will be an issue for many buyers. 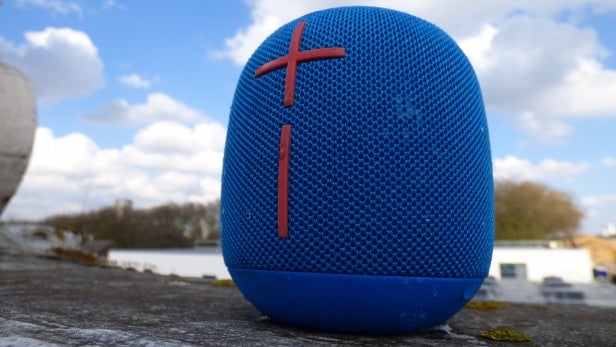 Should I buy the UE Wonderboom?

If you’re looking for an affordable Bluetooth speaker then the Wonderboom is one of the best options around. The speaker is ridiculously loud and features a nigh-indestructible waterproof chassis that lets it survive everything from accidental bumps and scrapes to excursions into the bathtub or pool.

Add to this a robust 10-hour battery life and the Wonderboom earns its place as one of our most highly recommended portable speakers. The only downside is that, like all speakers in this price point, it’s a little sloppy with the way it handles mids, which makes some genres of music sound a little flat or unbalanced.

The Wonderboom is one the best speakers you can get for less than £100.