We’ve knocked TRENDnet before for its somewhat outdated setup process and while the company has been polishing its software since we reviewed the 812DRU in November, it still doesn’t quite get with the times. 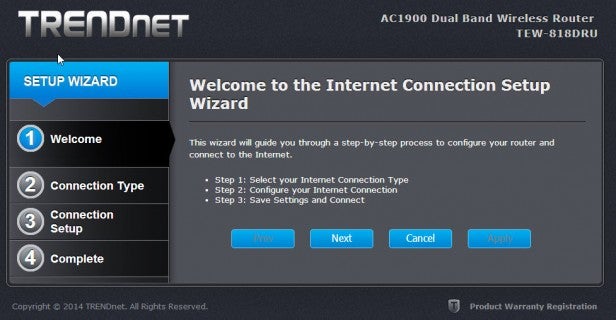 The latest routers from Asus, D-Link and Linksys come without any security by default and when you connect to them for the first time they automatically launch their setup wizards in a browser window that let you set your own passwords and preferences. By contrast TRENDnet still bundles a CD in the box and sticks a password to the router – much like most cheap ISP supplied routers do.

Having WPS does make it a breeze to connect to but you then need to find its settings page in the manual (incidentally 192.168.10.1) because strangely TRENDnet only lists http://tew-818dru on the router, which requires an Internet connection – something by definition you are unlikely to have setup yet. That aside, the wizard is then slick and the redesign drags it into the modern era. The UI – both basic and advanced versions – are also intuitive and look good, but we’d like to see the aforementioned hurdles smoothed out. 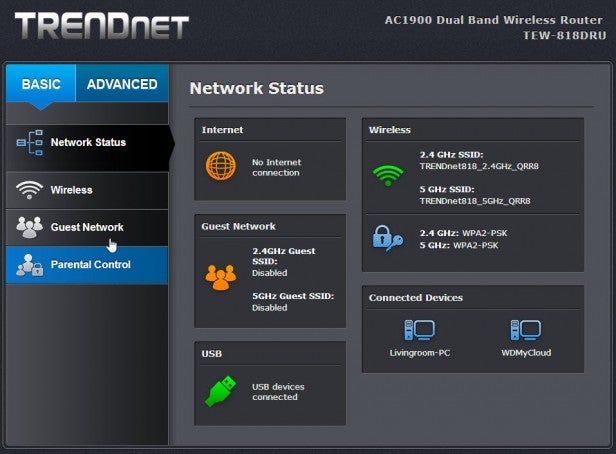 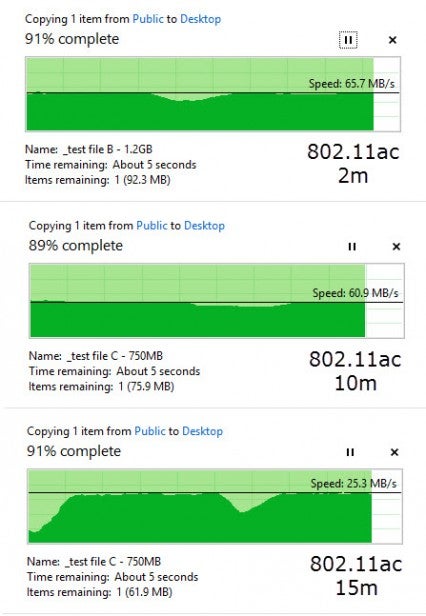 So while the 818DRU may not look quite as slick as its premium priced rivals and it doesn’t quite match their seamless setup processes none of this really matters if it can fulfil its primary purpose: delivering barnstormer speeds while saving you a lot of cash.

At these speeds the Linksys EA6900, Asus RT-AC68U and Netgear R7000 Nighthawk are still faster (and it grows from 10 per cent at close range to 40 per cent at maximum distance) but this still makes it faster than every AC1750 router we have tested with the exception of a photo finish with the Netgear R6250.

At 15m the Asus recovers to become 60 per cent faster and Linksys and Netgear double the 818DRU’s speeds. That said these speeds again place it ahead of every AC1750 router, with the exception of the R6250 solely at 15m. 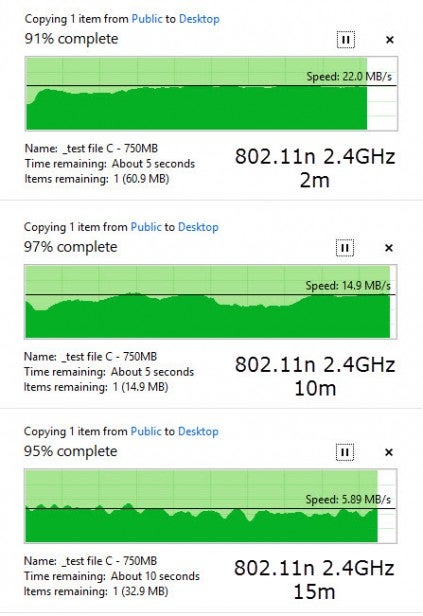 But the best is for last. Broadcom’s Turbo QAM technology greatly enhances the performance of the aging 802.11n 2.4GHz standard (though it requires a compatible receiver like the Asus PCE-AC68 to get the most from it).

Again it faded at distance reaching 5.89MBps (47.12Mbps), but this still only sees it beaten by the other AC1900 routers with roughly a 25 per cent performance increase on all AC1750 models – including the Netgear R6250.

As such the pattern is clear: the drop in specs and lack of external antennas does affect the 818DRU at range, but it remains close to its premium AC1900 rivals at 2m and 10m and, aside from the Netgear R6250 running it close in some tests, it beats every other AC1750 router hands down.

As such it was no surprise to see USB performance round off its strong results (again graphs in the gallery). Speeds of 14.4MBps (115.2Mbps) and 13.5MBps (108Mbps) don’t beat the lung busting circa 30MBps produced by the Netgear R7000 Nighthawk, but they keep pace with Asus and Linksys AC1900 models and run rings around the AC1750 competition. 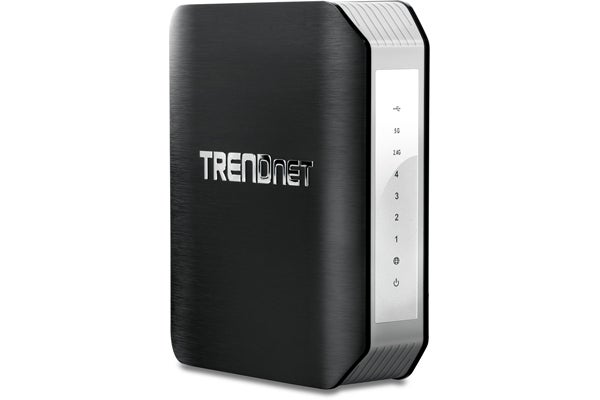 Should I buy the TRENDnet TEW-818DRU?

This makes buying the 818DRU a no brainer. It isn’t the
prettiest router but routers aren’t usually bought for their looks and
it is very compact. It doesn’t have the very latest setup process, but it
uses the standard ISP-supplied routers have adopted for years and
people have survived. More to the point it delivers wireless performance
far in excess of what most people will need, which means it should stand the test of time as well.

If price is no object then
the other AC1900 routers do hold an advantage, but nothing comes close
to the 818DRU’s value for money.