The R6250 is Netgear’s entry level 802.11ac wireless router. Interestingly, in hitting a lower price Netgear hasn’t compromised its wireless AC performance, but instead curtailed the theoretical top end of 802.11n – something that standard has never got close to reaching. It is a clever move that pays off in spades. If you want an 802.11ac router at a reasonable price, the Netgear R6250 could be the one for you. 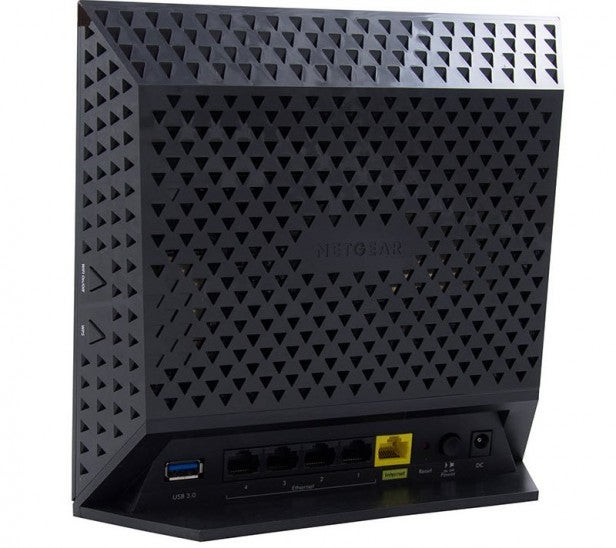 Out the box the R6250 carries the familiar ‘upright slab’ look Netgear has adopted in recent years. We’re not fans given it makes the router stand out in rooms and Netgear continues to use a gloss finish that attracts dust, finger prints and – given its upright position – occasional reflections from the sun.

Aside from this the router is solidly built with particularly good ventilation on the sides and it is one of the increasingly few manufacturers to offer a physical Wi*Fi on/off hardware button. It is mounted on the right side beside the WPS button, another practical decision given many manufacturers still bury WPS beside the Ethernet ports, which leaves you groping between cables.

Netgear also deserves a pat on the back for integrated the R6250’s transformer, which means it can ditch the power brick. Most rivals have not, so if minimal cable clutter is important this will be significant. Hopefully it will also spur on others to follow suit. 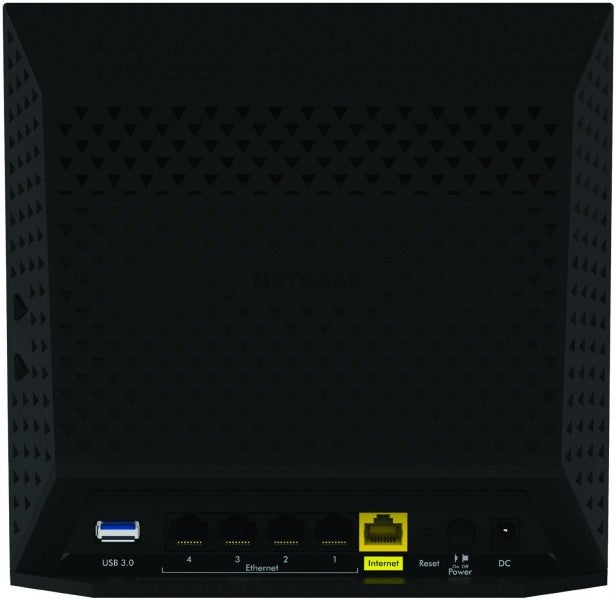 Love or loathe the Netgear design aesthetic, what really interests us about the R6250 is its wireless approach. Normally entry-level wireless ac routers, like the Asus RT-AC56U, cut costs by slashing the 802.11ac bandwidth to 867Mbps, but Netgear has maintained the full fat 1300Mbps instead cutting 802.11n performance from 450Mbit to 300Mbit. Proportionally this is a much less brutal compromise.

Furthermore, Netgear has equipped the R6250 with Beamforming. This 802.11ac component is left out of many more expensive routers, which is criminal because it is incredibly effective. Beamforming works by detecting the location of connected devices and focuses signal in their direction rather than simply throwing it out equally in all directions.

Elsewhere Netgear also ticks a lot of the right boxes. We’re surprised to see USB 3.0 make it onto the back, though it is the only USB port, alongside 4x Gigabit Ethernet and the aforementioned WPS. WPA/WPA2 security is also included, though Netgear has removed the ReadyShare Cloud feature for remotely accessing files on a connected USB drive.

Where we are less impressed is the R6250’s setup process. While Netgear has joined Linksys and Asus in a CD-less setup, it lacks some of the finesse and security.

The first issue is Netgear continues to set its own passwords, an unnecessary step when the more modern approach is to automatically begin the setup wizard where you define your own on first connection. The second issue is Netgear’s choice of administration passwords: username – ‘admin’, password – ‘password’ really doesn’t cut it in 2014. 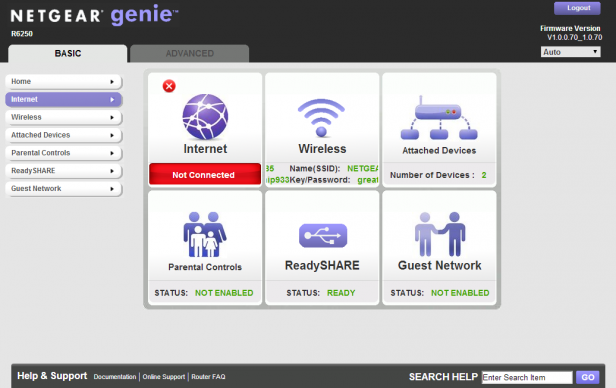 Netgear’s router user interface isn’t the most glamorous these days, either. The big tile UI looks as if Linksys’ Smart WiFi took a step back in time and there is a notable lack of easily accessible information in each section to guide casual users. That said sections are clearly defined and users shouldn’t struggle with the basics.