The opening screen of Train Sim World presents a stern warning that sets the tone for the rest of the game.  Without a hint of knowing irony it assures players they shouldn’t try and operate a train in the real world. We should stay of train tracks, observe signs near rails, and follow the advice of staff at any station.  In other words, Train Sim World creator Dovetail Games wants you to take trains very, very seriously indeed. They make a valid point, of course. Trains are big, powerful mechanical contrivances, and considerably less fleshy than us humans, so we really shouldn’t tease them.  At the same time, Train Sim World teaches the simulation amateur that they’d need at least half-an-hour undisturbed by security services to get a real train to do anything like move forward. As proved by the first scenario you choose to take on, starting a train turns out to be an exceedingly complicated business, and the idea of doing it without permission at a station becomes an increasingly laughable notion.  Getting a locomotive rolling might mean priming a battery, delicately setting three different types of brake, and moving a ‘reverser’ to forward. Or does reversing need putting in a reverse to move things forward? In fact, it needs to be in neutral, and then set to forward later in the boot up process. After further prodding at various buttons to set headlights, unlock control panels and generally get ready to depart a station, you’ll also need to remember to raise the pantograph so as to couple it with the overhead catenary before closing the relevant circuit breaker. That didn’t mean anything to you? Welcome to Train Sim World. 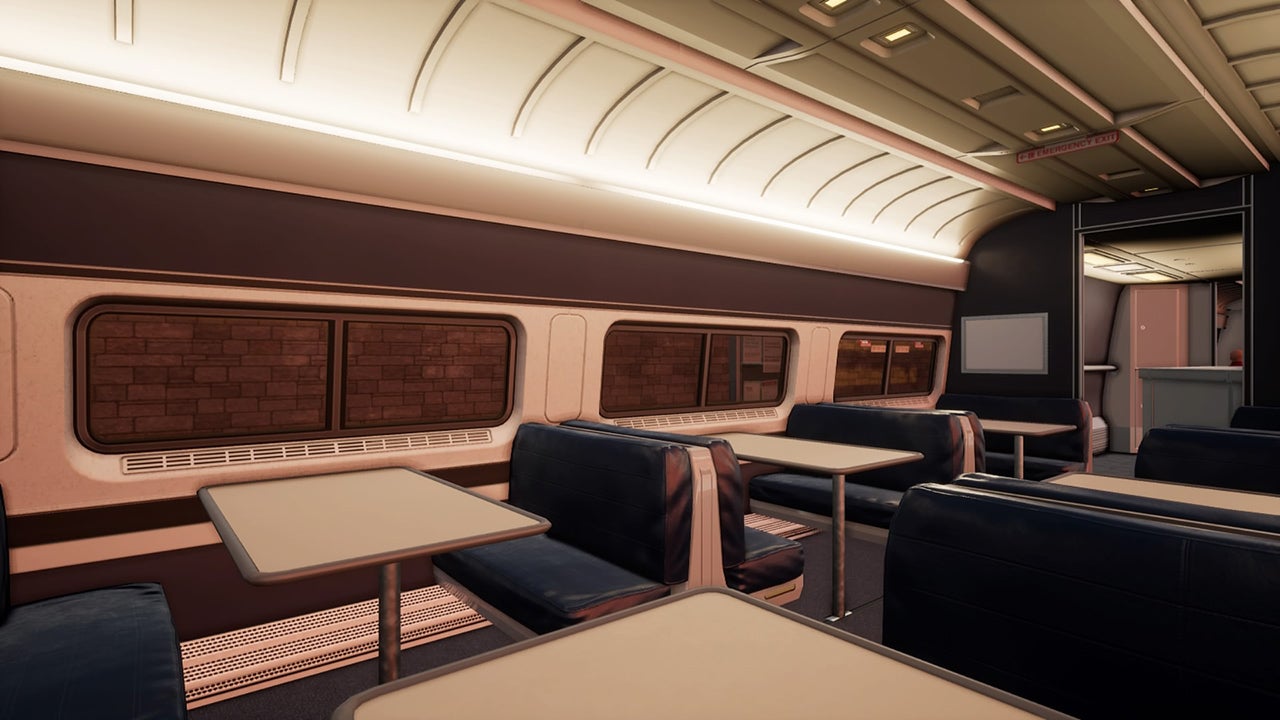 Just in case you can’t let it slide, ‘catenary‘ in train parlance is the overhead cabling suspended above many train tracks. The ‘pantograph’? That’s the mechanism that sits atop an electric train, which raises up to connect with the catenary, bringing power to the locomotive.  Having gone through the above the first time, you’ll conclude the very first Train Sim World simulator tutorial. Next time you’ll have to do it without instruction, making sure all the passengers are comfortably on board, before getting them to the next station with perfect timing. Accidentally hit the emergency brake trying to sound a horn? Brace yourself for a very convoluted restart process stranded that might take 15 minutes on your first attempt.   One thing is immediately apparent; the core Train Sim World audience is very different from the general gaming population. If you know where a train‘s transom sits relative to the motor in the bogie frame, Train Sim World will speak your language, and welcome you with a knowing smile.  If you’re a little more used to jabbing the triangle button to carjack and start a vehicle, the game’s opening hour will likely feel more like digesting a training course in a parallel dimension where forward is backwards and up is a pantograph setting.  And yet, somehow Train Sim World has the capacity to charm and delight both those audiences. It perhaps shouldn’t. While the interior visuals are polished and the audio detail is rich, Dovetail’s creation is very much a no frills deal. Everything is presented very formally, and function always looms far above form. The game may be conceived to let you indulge in the fantasy of operating large machinery on rails, but nothing is embellished to make things more fantastic. 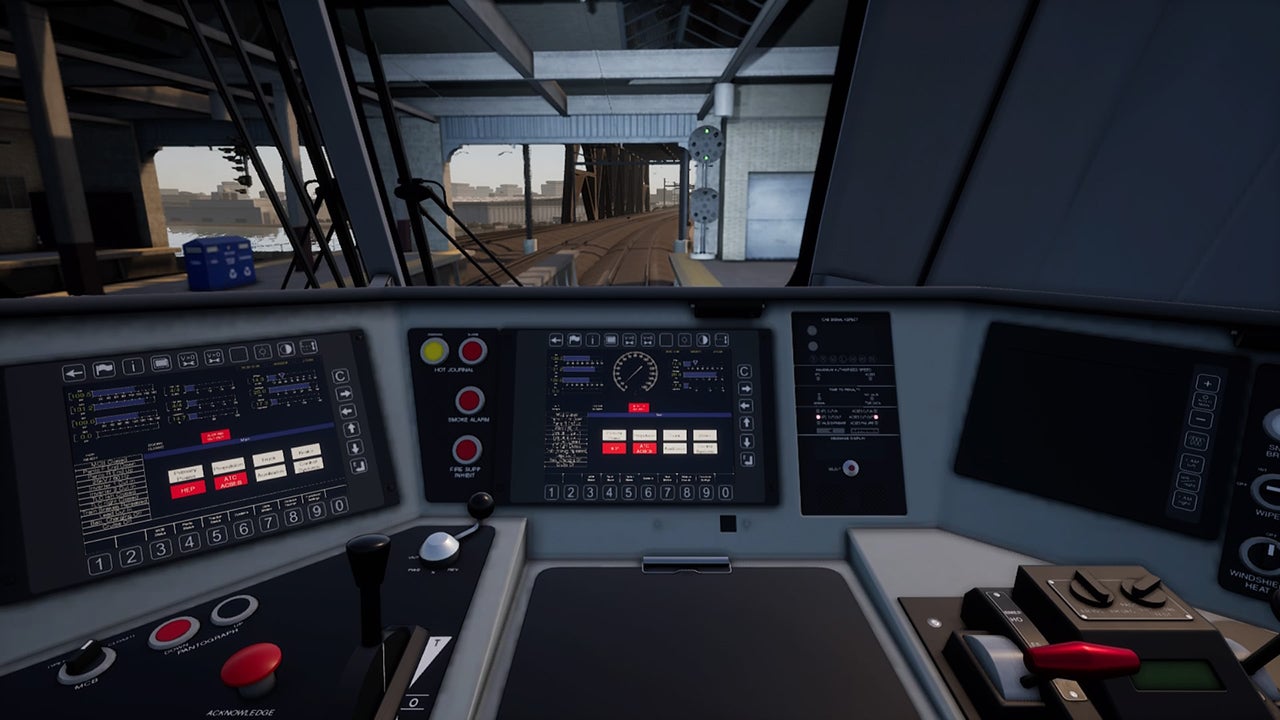 Still, novices that persist at mastering the controls of the game‘s various locomotives have a good chance of stumbling across something perversely wonderful. Because once you do know what you’re doing, taking a train down a line, rolling into a station, and setting off again with perfect timing is immensely rewarding, and more than that, deeply relaxing.  That’s not to say things are easy in Train Sim World. Pulling up on time with seconds to spare to unload your passengers takes some doing, while trundling through the countryside never really gives you a chance to switch off. But there’s a beguiling calm in playing Train Sim World. Out in reality trains as machines have a strange charisma, and that’s in fact the thing that Train Sim World simulates best.

Learning you way around a cab’s controls will change your perspective on the work of the humble train driver, and speeding along when you know what you are doing feels great. In fact, once you emerge as a master of the pantograph and reverser, it‘s even empowering. While it wasn’t high on the list of things to expect from Train Sim World, the game has a knack for plastering a smug grin across your face.  On paper there isn’t a great deal to do beyond operating the train. You’ll get to drive passenger, high speed and freight locomotives on three lines. There’s the New York North East Corridor line, a Rapid Transit route on Germany’s S-Bahn railway, and perhaps the most detailed, the Great Western Main. To imagine a driving game with only three tracks would be to consider a game unlikely to succeed. But in Train Sim World, the amount to do – or rather learn – across those three lines should give those who take to the game plenty to enjoy.  Add the rather enchanting new West Somerset Railway DLC – the reason we’re reviewing this game now – and there’s a plenty to keep you busy. That DLC grants you access to a heritage line preserved as it was in real life after the infamous Beeching Report closed 6000 miles of branch lines in the UK in 1963. If that doesn’t mean anything to you, imagine some twee Thomas the Tank Engine vintage railway charm amidst all the simulation realism. The game throws a good number of different scenarios at you too, such as cancellations to overcome, adding a touch more variety to the pot. 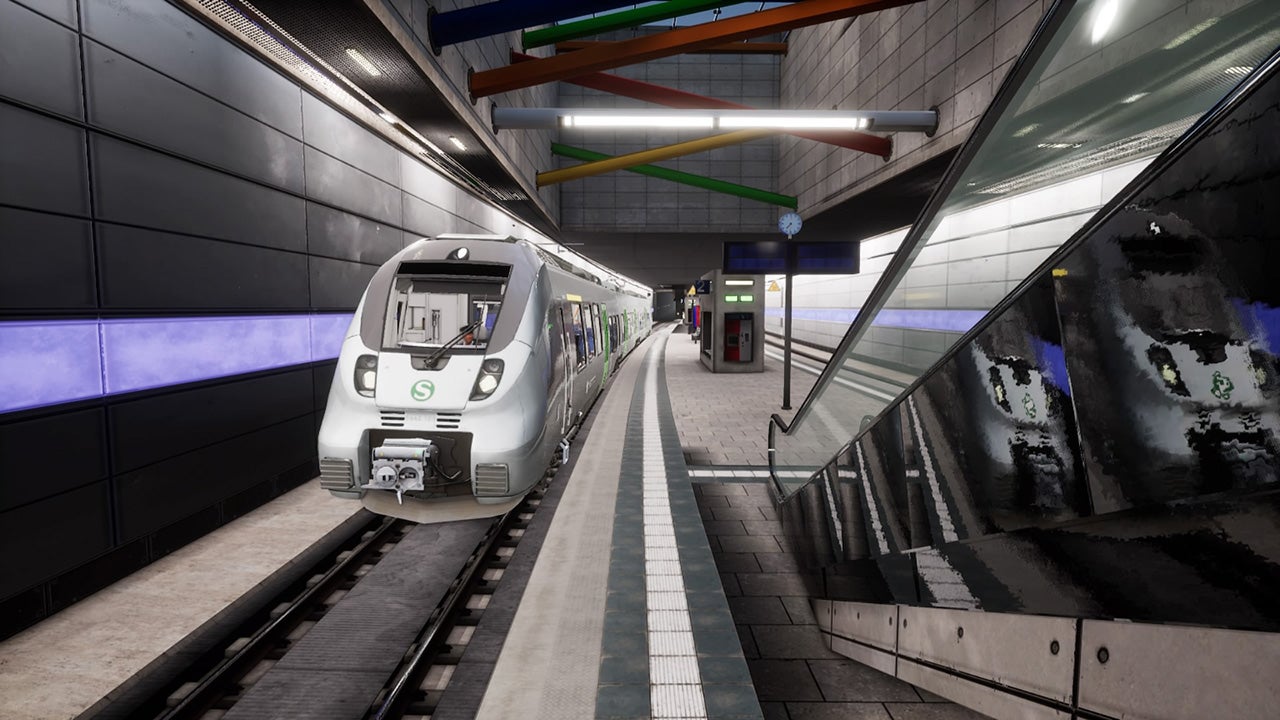 If you are a serious train or simulator devotee, you’ll likely find Train Sim World utterly engrossing. That audience, however, may already be set-up to play with mouse and keyboard, because PC is ultimately the better format to tackle such sincere gaming.  Certainly, the interface has been suitably appropriated for gamepad control, but its hard not to feel things would flow a little smoother with a more genre-typical tool of interaction. But the gamepad is a more accessible, familiar device for many gamers. As such, it’s reasonable to consider that the console release of Train Sim World is largely going to find itself in the hands of curious players used to more action-packed fare.  And that group – console owners with little experience of true simulators– are likely to be sharply divided by Train Sim World. Many will likely find the experience rather dull, or even extremely boring. Very little really happens, and there’s even fallow periods and moments where you simply have to wait; perhaps if you’ve readied your train but the schedule says you’ve a handful of minutes to go before departure on a passenger line. Then there’s nothing to do other than sit and watch the minutes go by. At those moments you might want to move into train driver role-play and pour yourself a cup of tea from a Thermos flask.  Ultimately, vast swathes of the entire game world feel empty and lifeless, and throughout the tone and atmosphere *oare utterly flat. For all the emphasis on realism, the spaces outside the windows in Train Sim World carry much of the sterility of an architectural pre-visualisation; something quite different from a living, breathing, convincing place.  If that sounds like the very opposite of what you want form a game, Train Sim World is unlikely to convert you to the distinct offering of simulators. But if an unashamedly gentle experience sounds like the kind of escapism you need in a hectic world, and you come with an open mind to trying something different, Dovetail’s offering has a remarkable power to soothe. 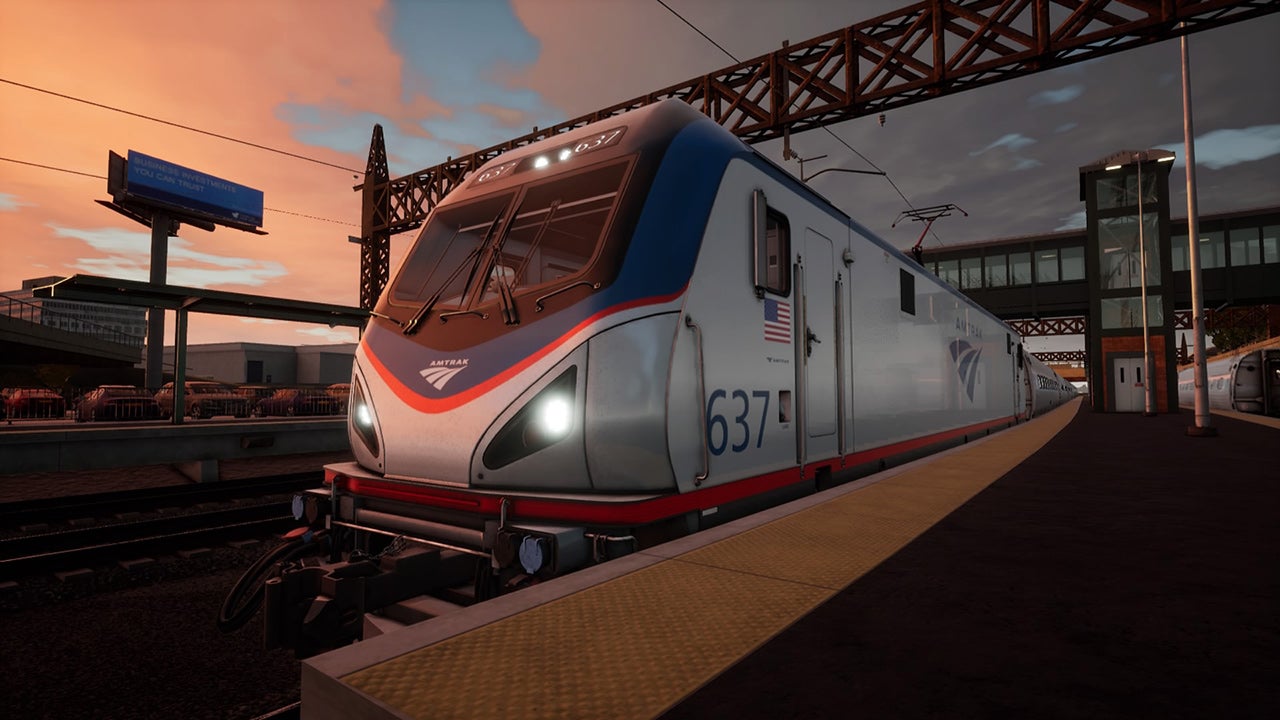 There’s been a movement in audio broadcasting of late branded ‘slow radio’; output that consists of 30 minutes of birdsong, or the gentle tinkering of a woodland craft be practiced. Train Sim World might just be ‘slow gaming’; a chance to step away from drama, tension and demands. It’s peculiarly engaging as a way to learn, too.

You might not know that you care about pantographs and locomotive reverser systems, but once the language is second nature, there’s a unexpected satisfaction in having such detail in your arsenal of understanding. Knowledge, after all, is power. And knowing what you’re doing in Train Sim World is more than satisfying; it’s reason to crack a self-satisfied smile as you depart Paddington Station knowing what you’re doing.  There’s a few shortcomings that aren’t about one’s capacity to enjoy slow gaming. If this is a console release to welcome a wider group to the simulator fold, it could do with significantly more detailed tutorials. Learning how to play will involve a great deal of trial and error, and too often frustration can sully any sense of laid back escapism.

The fact that the journeys take place in real-time also makes it rather apparent that what scenery there is to take in is less than captivating. Realism may guide the design mantra, but that doesn’t excuse a lack of detail in what should be a strength of the game. Because what is a train journey without a chance to enjoy the scenery rolling past?

This is a strange beast. It’s devoted fan base might already be satisfied by the PC release, while the console crowd may need a little more help familiarising themselves with the conventions of train operation. There’s a good chance that many a player will quickly be bored to the extreme by the gameplay, but for those of us looking for an alternative to intensity and drama,

Train Sim World can be as unexpectedly compelling as it is powerfully soothing. It’s just a shame it lacks some of the polish to make the eccentric gem it is something truly brilliant. Nevertheless, it let us throw about the word ‘pantograph’ with haughty delight.