So the screen is worse than the P50t, and it wasn’t that great to begin with, but how about its day to day performance? The only difference in the core specifications is that it has 10GB less RAM – which is obviously a massive amount, but 16GB RAM felt like overkill anyway to us. Internet browsing and switching between apps is pretty quick as you’d expect, though once again we’d really prefer an SSD, or at least a hybrid for faster boot times (47 seconds for restarts and 19 from cold). But as the P50t didn’t have an SSD either, we’ll leave it at that.

In our benchmarks, the Satellite S50t-A-118 really punched above its weight, nearly matching the P50t despite being significantly cheaper. In PCMark 07 it scored 2,947 – just over 100 points lower than the P50t. In Geekbench, it was the better performer, scoring 10,015 to the P50t’s 9,697: impressive. It all goes to show that an extra 10GB of RAM is largely redundant unless you really need that much, which few people do. 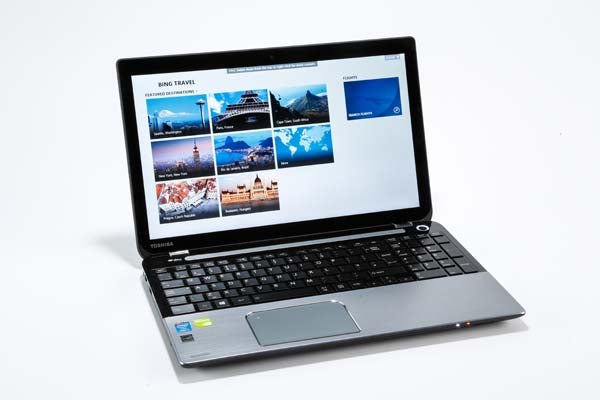 We tested the S50t on the same games: Crysis 2 and Burnout Paradise, and as you’d expect from the benchmarks and the specifications both played very smoothly. In fact, they performed a little better than the P50t, but that’s completely down to the fact that this screen maxes out at 1366×768. As a result, we could really turn up the detail – all the way in Burnout, and pretty high in Crysis 2. Impressive.

As a bulky laptop with a thicker case, you don’t really feel the heat of the S50t in its day to day use, though you can feel some warmth in the top right hand corner. The fans, in the same section, are audible but not particularly distracting. Any media will drown it out and make it unnoticeable.

When under heavy stress in our gaming tests, you were definitely aware of the heat near the airvent on the right hand
side, but the noise wasn’t too distracting, only really obvious when we muted the games specifically to listen out for it. 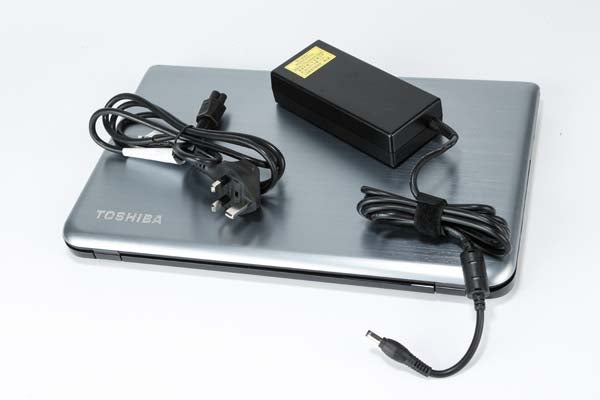 We’re not going to sugar-coat it. At just over three hours, the battery life in the P50t was poor. With a lower resolution screen and less memory to power, the S50t should be marginally better, right? Wrong. It’s worse. If the P50t’s battery life was nothing to write home about, you might want to not try typing up the letter here in case you run out of battery on the way.

Okay, slightly harsh, but in our 40% screen brightness productivity tests, the S50t lasted just two hours and 34 minutes. We didn’t believe this at first and gave it a second go – afterall, it wouldn’t take too long. It somehow did worse, clocking in two hours and 22 minutes. That’s the worst we’ve seen in quite some time.

In a half hour charge cycle, the S50t regained 38% of its battery life. Not bad, but when 38% only equates to 58 minutes of real world usage, it’s really not that impressive.

Obviously this is less of a problem overall on a laptop that will spend most of its time in one place, but a little more flexibility would be nice.

Used as our main laptop for the review period
Tested for at least a week
Used consistent benchmarks for fair comparisons with other laptops
Reviewed using respected industry benchmarks and real world use
Previous
Toshiba Satellite S50t-A-118 Review Next
Keyboard, Touchpad and Verdict Review