Starting with true UHD – the Toshiba 65L9363DB is good enough to keep our love affair with extra resolution going strong. The 65-inch screen provides a beautifully large forum within which to lap up the joys of seeing incredibly detailed, lifelike pictures that look far more like views from a window than mere pictures on a TV.

It’s not just the amount of detail and texture in the Toshiba 65L9363DB’s image that rams the UHD advantage firmly into your eyeballs, either. Colours also look more subtly blended, and perhaps most strikingly of all the perception of ‘draw distance’ in long distance shots is immense, making large-scale shots look much more realistic and immersive. 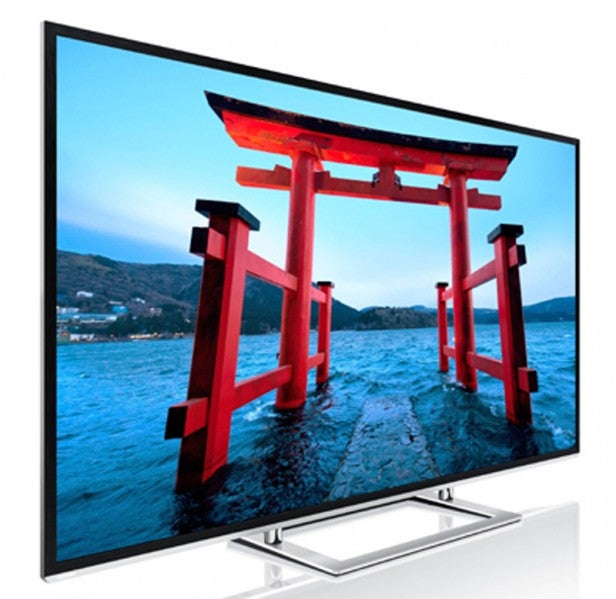 If you’re still one of those misguided souls who believes you need truly vast picture sizes of 80 inches or more to benefit from UHD, the Toshiba 65L9363DB is a TV that proves you wrong.

The Toshiba 65L9363DB’s phenomenal colour richness is also striking. Saturations enjoy a level of vibrancy and punch that head to head tests confirm exceeds that delivered by the outstanding Samsung UE65F9000 (which we’ll be testing very soon).

The Triluminos technology in the the Sony 65X9005A helps that set be even more dynamic and full-on with its colours than the Toshiba, but some will find Toshiba’s ‘middle ground’ a very satisfying place to be. There’s a pleasing warmth to the Toshiba’s colour tones, too, that’s well suited to movie viewing.

Motion handling is a key issue for UHD TVs. After all, you don’t want all that extra resolution to disappear as a result of LCD’s traditional motion issues.

Thankfully, the Toshiba 65L9363DB is able to show motion with good levels of clarity from the 30fps sources we’re currently able to feed it. We say good rather than outstanding, as the native 200Hz panel inside the Samsung UE65F9000 (the 65L9363 has a 100HZ native panel) does help that set retain just a bit more detail over moving objects.

But at least the Toshiba does well enough not to leave motion blur feeling like a constant irritation. Furthermore, the CEVO-driven version of Toshiba’s motion processing in play also seems to help it avoid the occasional little ‘twitch’ seen with some lesser Toshiba TVs. 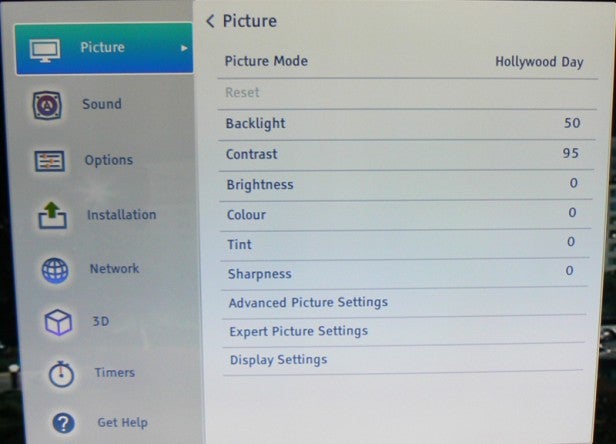 While the Toshiba 65L9363DB is comfortably up to the job of ensuring that UHD pictures look like UHD pictures, it does fall slightly short of its competition in a couple of areas.

Most noticeably, the 65L9363DB’s contrast isn’t as good as that of the other two models. At first you don’t feel the impact of this, as bright, colourful content looks explosive thanks to the way the screen’s high native brightness levels and exceptionally intense colour saturations make dark bits of predominantly bright footage look suitably black against the brightness around them.

The contrast management element of the CEVO 4K engine also seems to be doing some interesting work here. Running a calibrated Samsung UE65F9000 side by side with a calibrated Toshiba 65L9363DB, dark areas (like suits and hair) of predominantly bright pictures look deeper and richer on the Toshiba screen.

You gradually start to notice, though, that there’s a price to pay for these deeper blacks in the form of lost shadow detail. You can see considerably more subtle, low-light picture information in the Samsung picture, which ultimately makes dark areas look more lifelike, natural and, ultimately, 4K.

The Toshiba 65L9363’s contrast issues are thrown into sharper relief when you watch a very dark sequence. For starters such scenes make the set’s crushing out of shadow detail markedly more obvious.

It’s also apparent with very dark scenes that the 65L9363’s native contrast performance isn’t as good as we’d like it to be. There’s a grey mist hanging over extremely dark content on the Toshiba, whereas the Samsung UE65F9000 delivers startlingly deep, rich, natural black colour with the same footage.

We felt, too, more aware of backlight inconsistencies on the Toshiba than we do on the Samsung or Sony 65-inch UHD TVs, perhaps as a result of the 65L9363 having a slightly narrower effective viewing angle. 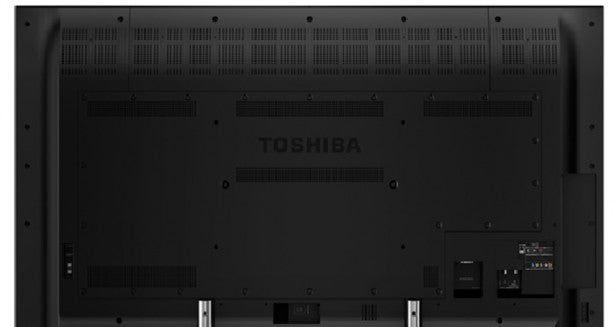 The Toshiba 65L9363DB’s other (much more minor) shortcoming versus the Samsung UE65F9000 and Sony 65X9005A concerns its colour resolution. For despite the best efforts of the CEVO engine, it’s clear with very intensely coloured 4K footage that the Toshiba screen doesn’t define tiny colour shifts as accurately or crisply as the other two screens – a fact that slightly reduces the Toshiba’s sense of 4K sharpness and clarity when showing such footage.

While all this talk of native 4K/UHD content is great fun though, it’s a simple fact that the current lack of 4K content Joe Public can get his hands on means much of your initial time with the 65L9363 will be spent watching HD or – ouch – even standard definition upscaled to the screen’s native UHD resolution. So it’s pleasing to see this processing doing a good upscaling job.

The Toshiba 65L9363’s biggest upscaling strengths are in the way it retains the warm and natural feeling to its colour tones despite the heavy duty amounts of processing going on, and the way it doesn’t attempt to force sharpness to the point where edges start to look stressed, grain becomes excessive and brightness levels start to look inconsistent.

Where the 65L9363’s upscaling is less successful is with the sense of sharpness its upscaled pictures deliver. Upscaled HD and standard def both look more detailed on the Samsung UE65F9000 and Sony 65X9005A than they do on Toshiba’s new UHD offering, thanks to the extra sharpness of the Samsung’s presentation and the extra colour resolution of the Sony model.

The Toshiba 65L9363DB is also less adept at removing noise from non-UHD sources than both of its key UHD/4K rivals. That the Samsung screen in particular is able (provided you stick with its Standard or Movie presets) to deliver it’s startling sense of extra resolution with both HD and standard def sources while simultaneously taking noise out of the picture is remarkable, and certainly highlights a relative softness and some residual digital compression noise in the Toshiba’s upscaled images.

While watching the final Harry Potter movie on Blu-ray as part of our upscaling tests, we also found more evidence of the Toshiba 65L9363DB contrast problems noted in the native UHD part of the review. The shot about 5 minutes and 40 seconds into the film where the camera starts off downstairs in a dark room looking through into a bright kitchen before panning upwards to show a brief conversation on an extremely dark landing is a classic TV contrast test. And running this sequence simultaneously on the 65L9363 and Samsung UE65F9000 finds the Samsung delivering easily the more satisfying black level and shadow detail performance.

Used as the main TV for the review period
Tested for more than a week
Tested using industry calibrated tools, discs and with real world use
Tested with broadcast content (HD/SD), video streams and demo discs
Previous
Toshiba 65L9363DB Review Next
3D, Audio and Conclusions Review