3D is unquestionably the most compelling part of the Toshiba 65L9363DB’s picture performance. Combining a UHD resolution with passive 3D technology enables the 65L9363DB to deliver the lovely flicker- and crosstalk-free traits associated with passive 3D without having to suffer the softness, loss of resolution, jagged edges, and visible horizontal line threshold evident on normal HD-resolution passive 3D TVs.

Add to these strengths arguably the cleanest, crispest, least juddersome motion handling we’ve ever seen in a 3D picture and you’re watching 3D on a huge 65-inch screen – and you’ve got exactly the sort of immersive, natural 3D experience that might actually resurrect 3D’s fortunes.  If only more mainstream audiences were able to see it working so well, that is. 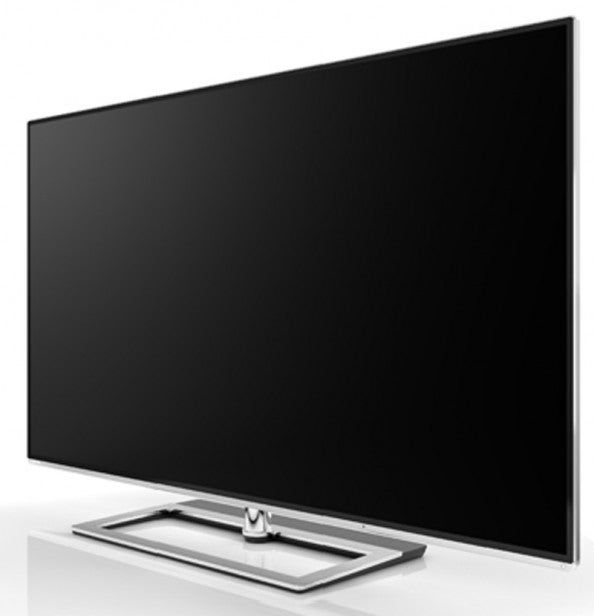 As an extra bonus, the screen works a bit harder with 3D to counter the slight dimming effect of the passive 3D glasses, giving 3D footage a more fulfilling sense of contrast than we experienced with 2D.  We loved watching the likes of Prometheus and Iron Man 3 in 3D on the 65L9363, and would challenge even the most ardent of 3D haters not to be impressed by what Toshiba has achieved here.

Despite not adopting the sort of ‘split speaker’ technology (with separate subwoofers and mid-range drivers) we’re starting to see from some rival TVs, the 65L9363DB is still a very competent audio performer.

It can deliver a loud, wide, aggressive but still coherent soundstage without suffering distortion; there’s a high level of treble detail – including spatial information – in the mix that’s delivered without harshness; and while bass has its limits, there’s enough of it around to stop loud action scenes from sounding as thin and artificial as they often do on flat TVs.

If you’re salivating at the prospect of gaming on such a large, UHD screen as the Toshiba 65L9363DB, you’ll be pleased to hear that after activating the set’s Game picture setting, we measure a median input lag figure of 34ms. This is low enough not to severely impede your gaming skills.

We did record a couple of rogue measurements of near 60ms, and input lag increases exponentially if you don’t use the Game presets. But for the most part the Toshiba 65L9363DB impresses where input lag is concerned – especially given its need to upscale incoming sources to UHD levels..

Other little points worth mentioning are a frustratingly sluggish response time from the 65L9363DB’s onscreen menus and the very occasional appearance of subtle vertical bands over the picture when bright content is scrolling across the screen.

There’s certainly much to like about the 65L9363DB. It looks reasonably attractive, its UHD images are easily good enough to continue our love affair with the new higher-resolution format, and its audio is well above par too for a slim-design model.

The problem for the Toshiba 65L9363DB is the competition. Samsung and Sony both have models on sale now (the UE65F9000 and 65X9005A respectively) which slightly out-perform Toshiba’s new kid on the block, while simultaneously – and surprisingly given Toshiba’s usual focus on value – costing £500 less.

The Toshiba 65L9363DB is another fine UHD TV, giving us no reason to step back from our passion for the new high-resolution image format. However, it’s impossible to ignore the fact that Toshiba’s new UHD TV also makes a slightly less persuasive case for itself than its current UHD/4K rivals while also costing £500 more.