There are still a couple of flaws during dark scenes. First, dark scenes don’t enjoy black levels as deep as you get with the 47WL968’s 46WL863 predecessor. There’s a residual trace of grey hanging over all dark scenes that some other sets suffer less with at the same sort of £1500 price level. We’re thinking in particular here of Philips PFL7007 range, and Sony’s HX853 TVs. 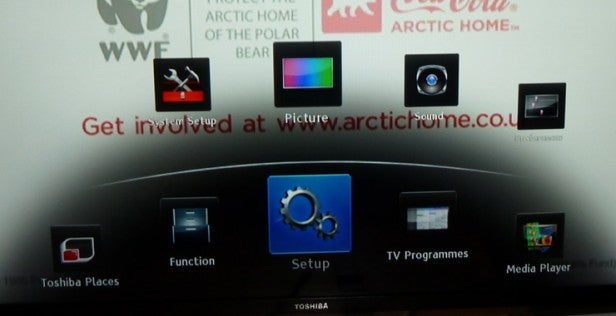 The other dark scene flaw is that the 47WL968’s auto backlight system isn’t as subtle as it should be. If you opt to use it, it tends to throw up over-aggressive brightness shifts that can be quite distracting at times. Yet if you turn the dynamic contrast off, the black level response takes a hit. In other words, there’s no ideal solution that might get you a perfect black level balance on the 47WL968.

Colours initially look a bit off too; rather bleached and stark. But the colour management tools provided are sufficient to sort this out more than satisfactorily, leaving you with colours that look impressively subtle and nuanced, as well as reasonably dynamic.

Relatively static HD and standard def pictures enjoy reasonably sharpness on the 47WL968 too, the latter benefitting from the potent effects of Toshiba’s Resolution system. This system can go a bit far at times, causing noise, especially with very low-quality sources (which is why it’s a shame you can’t adjust the strength of its effects), but for most of the time its plusses outweigh its minuses.

There is a reason we used the words ‘relatively static’ in the previous paragraph, though, namely that the 47WL968 is a little more affected by motion blur than we’d ideally like, even if you use the provided ClearScan motion processing system.

The 47WL968 sounds better than you might expect considering how slim its frame is. It can go loud without losing clarity, and handles action scenes without succumbing to as much harshness as many slim rivals. There’s even a hint of bass to underpin proceedings.

Oddly we noticed a few lip-synch errors while watching some Blu-rays, but this didn’t happen consistently enough to register as a major problem. 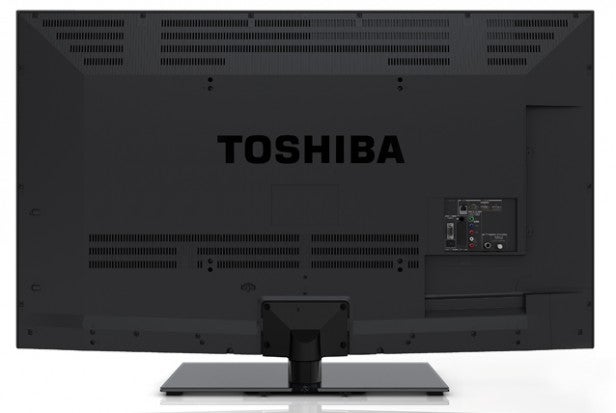 The last thing we tested on the 47WL968 was input lag – the time taken by a TV to render pictures after receiving image data at its inputs. And unfortunately we have to report a below average input lag figure of 62ms. This is certainly not the highest such figure we’ve seen, but it is around double that delivered by most flat panel TVs, and has the potential to at least marginally downgrade your gaming performance.

If you’re interested in 3D, the curious problems the 47WL968 has with handling 3D motion make it a no-go zone. Toshiba could do with ramping up its online service too. As a pleasantly designed and reasonably affordable performer with 2D, though, it offers enough to at least deserve an audition.