There’s no better way of ushering a new year in than by buying a new TV. Especially if you can pick that TV up for more or less peanuts.

Which brings us snappily to the Toshiba 40TL968B. For despite ticking plenty of our ‘stuff we like to see on a TV’ boxes, at the time of writing we’ve seen it selling for £455 – a decent price for any 40in TV, never mind one with as much shelf appeal as the 40TL968B.

Its attractions start as soon as you look at it. Its bezel is impressively slim – under 2cm – for such an affordable TV, and what bezel there is gets a nice style boost from an unusual but likeable light silver and slightly textured finish. The way a transparent section angles back from the bottom edge adds an extra dash of panache too. 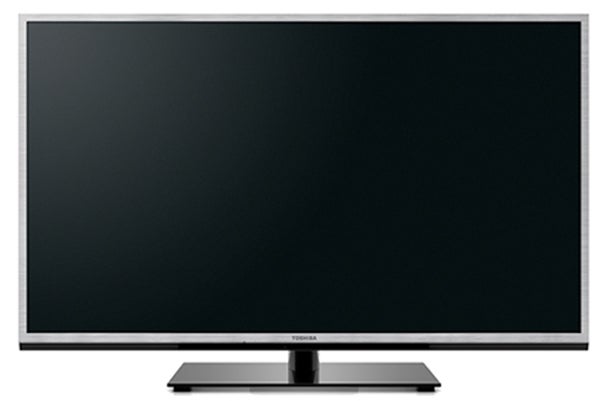 The 40TL968B’s connections impress too. Not least because it’s got built-in Wi-Fi – something that’s been notoriously absent from most of Toshiba’s 2012 TVs. This matters, of course, because both research and common sense suggest that people are much more likely to use a TV’s online services if they can get at them without having to hardwire the TV into the network.

The 40TL968B also caters for the multimedia age by supporting playback of photo, video and music files from connected DLNA PCs or USB storage devices, and its Wi-Fi system even supports the Intel WiDi system, which lets you mirror your PC display on the TV screen. You can record from the TV’s (Freeview HD and non-Freesat satellite) tuners to USB HDDs, too. 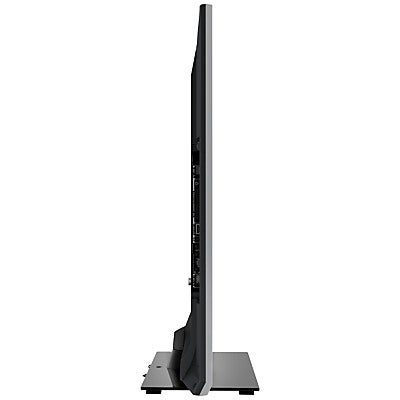 Video duties are chiefly catered for by an impressive four HDMIs as well as all the regular Scart and component video stuff so few of us actually use these days.

The only real bumnote about the 40TL968B’s connections is the fact that most stick straight out of the TV’s rear. This makes the TV trickier to hang on the wall – a pity when you consider how trim the TV’s rear is.

Running through the rest of the 40TL968B’s spec and feature lists really does make its £455 cost look incredibly low. For starters, it’s a full HD model equipped with an active backlight system capable of producing – according to Toshiba’s own figures – a contrast ratio of 1,000,000:1.

Its slimness alerts us to the fact that it uses edge LED lighting technology, though more of a surprise considering its price is its provision of 3D playback. What’s more, this is ACTIVE 3D playback, with its full HD alternate frame approach, rather than the reduced resolution passive 3D system we might have expected.

There is a catch in that you don’t get any free active shutter 3D glasses. But at the 40TL968B’s price level it doesn’t seem unreasonable for Toshiba to have decided to give buyers the option of watching 3D if they spend a bit more, rather than ‘forcing’ everyone to pay more up front for a 3D feature some won’t want to use.

The 40TL968B’s online services are represented by Toshiba’s Places online system, which continues to be a mixed bag. In the plus column, it looks lovely, enticing you in with its colourful, graphics-rich onscreen menus. It also offers some helpful potential for personalisation to suit different users in your home, and in principal we also like the simple way it separates its online services into logically defined ‘folders’. 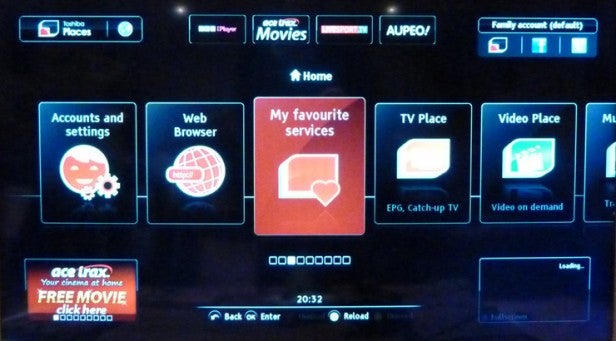 However, while this folder system could aid navigation once – hopefully – Toshiba has greatly increased the amount of online content it’s got to offer, at the moment the folder system feels like more of a barrier to searching. As well as tending to underline just how little content Toshiba offers compared with the likes of Sony, LG, Samsung and Panasonic. 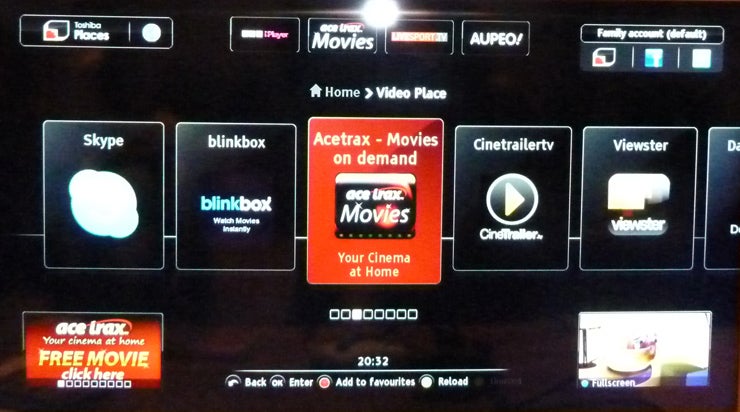 For the record, Places highlights are as follows: Skype and an open Web browser (both introduced to Toshiba’s TVs for the first time with its new Wi-Fi models); BlinkBox; Acetrax; Viewster; the BBC iPlayer; DailyMotion; YouTube; the latest version of Woomi; LiveSport.tv; iConcerts; Aupeo Personal Radio; Facebook; and Twitter.

To be fair, the features on offer work well (especially Skype if you
cough up for one of Toshiba’s new and nicely designed USB cameras), and
there is at least quite a bit more to get your teeth into than there was
12 months ago. But it’s hard to ever feel really satisfied by Places
until Netflix or LoveFilm – or ideally, both – appear on it.