Toshiba provides a pretty helpful initial installation system, using a two-window ‘flow chart’ approach that helps you follow where in the process you are and provides pretty comprehensive instructions. There’s a bit of jargon in places though, and we also think Toshiba needs to work harder at this initial install phase to ‘sell’ the MGR functionality, stressing the need for an external hard drive to be added, and making sure all the right settings in the menus have been selected. 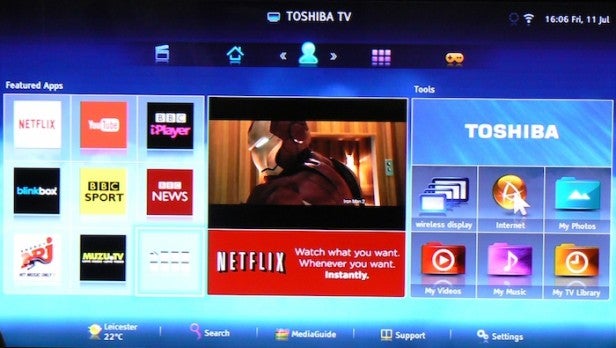 The process for setting MGR up is rather cumbersome, involving trips to two rather obscure sections of the TV’s menus. The TV does tell you where these sections are if you try to use MGR without all the necessary bits set up, but it would be nice if the TV automatically took you to the right menu spot rather than just telling you where it’s hidden.

Toshiba could also do with simplifying the process of connecting Cloud TV to your Wi-Fi router. The menus put too many obscure network set-up options at your disposal.

Having found Cloud TV to run painfully sluggishly on most of last year’s Toshiba TVs, it’s great to find it running much more slickly this year. Even the ‘full’ system with MGR worked impressively quickly on the 47L7453 we recently tried it on, including the fairly intensive bits like cross-referencing content with Gracenote and switching between apps. 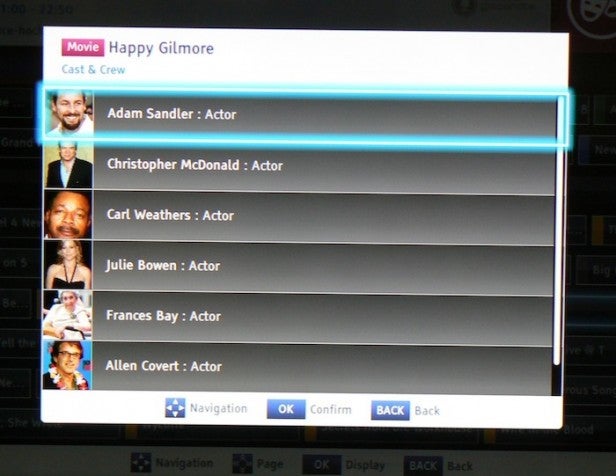 We really need to stress, too, how engaging the new MGR and Gracenote support features are. They work together in Toshiba’s new, faster infrastructure to deliver a seriously impressive, properly joined-up smart system offering exactly the sort of information we suspect many users actually want to see on a Smart TV (as opposed to a PC or smart device).

You can find the same sort of information on other Smart TVs – but only by going online with an open browser or following through a much more convoluted menus path. The MGR system is the first time deep dive’ extra content finding has felt properly integrated and intuitive.

The latest Cloud TV platform also seems much more reliable than last year’s iteration despite its extra complexity. In fact we didn’t experience a single crash or lost link during our extensive tests.

The same is not true, alas, of the apps Toshiba provides for using the TV in conjunction with smart devices. The android apps in particular seem very flaky at the moment, routinely refusing to recognise and fully ‘handshake with’ the TV. Hopefully Toshiba has some updates in the wings.

Much as we love the MGR/Recommendations combi, we can’t help but think there will be a good many households which may, tragically, never use it. The simple reason for this is the need to add an external, not-supplied USB hard drive in order for the MGR function to work.

We can readily imagine households not being bothered to take this practical step – or being unwilling to find the extra cash for the external HDD. Even if people say to themselves that they’ll add the USB later at some later date, the reality is that many people never return to any set up features once they’ve completed the initial installation.

With this in mind we think it would be a great idea if Toshiba did a Cloud TV model at some point that ships with some built-in memory. Such ‘memory’ TVs have appeared at various times in the past without anywhere near so compelling a reason for having them as MGR, after all. 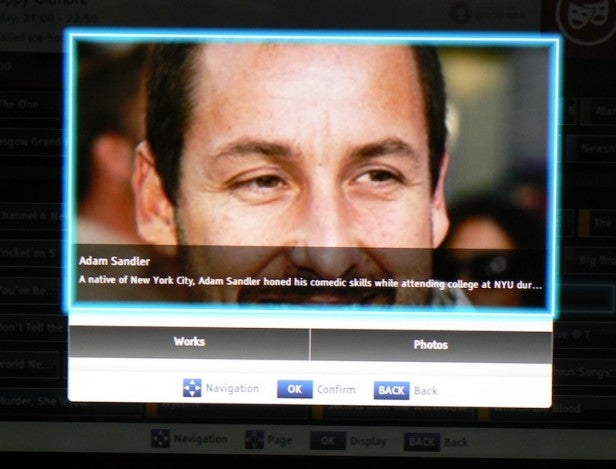 To be fair, having MGR appear in a prominent window on the Cloud TV Home Hub may prove enough of a constant reminder to persuade some users to add the USB storage eventually. But it’s painful to contemplate how many people might get a high level Toshiba Cloud TV and never use MGR just because of the lack of any integrated memory.

Another point to mention in this section is that Toshiba still needs to improve its content levels if it’s to really hit the smart TV heights. In particular there are still no 4OD, ITV Player or Demand 5 apps, and the lack of Amazon Instant support is also unfortunate. Though where the missing catch-up TV apps are concerned, we guess Toshiba could claim that the set’s ability to create a menu of recorded content from all the Freeview channels makes separate catch-up apps a bit less important.

Finally in this section we should reiterate the fact that Toshiba has split its Cloud TV platform into two levels, with relatively low-end TVs not getting the MGR and recommendations features. We do worry that this could confuse buyers, but we also understand the financial pressures that have likely led to this decision to have two Cloud TV tiers, given how aggressive on price Toshiba likes to be these days. 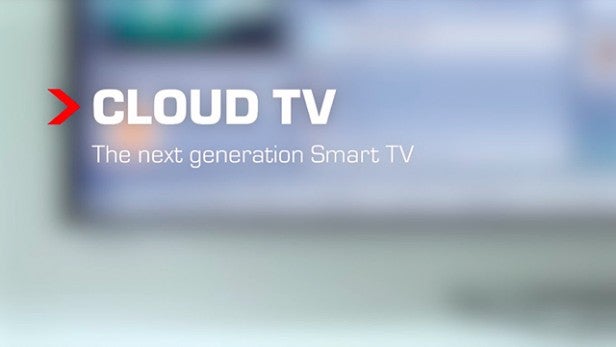 As we always say, for us picture quality remains the main reason to buy a TV, not smart TV features. That said, this year we’ve seen Panasonic and LG in particular challenge this notion strongly by providing some really impressive and unique smart features.

And now, thanks to MediaGuide Replay, Toshiba can add its name to this short list of brands now offering a smart feature that’s unique and compelling enough in itself to potentially influence a TV buying decision.

There are still plenty of areas where Toshiba could improve Cloud TV further. But by making the system run much faster and adding the excellent MediaGuide Replay feature to its premium TV ranges it’s made it a heck of a lot more interesting than it was last year.

Found the Smart TV platform for you? Now check out our pick of the Best TVs