This is the Police 2 is a management game where you run a police department, respond to crimes and collect hush money to keep the feds off your back. Initially a simple task, it rapidly spins into a mess of complications for you to sort out and find compromises to keep a town from chaos. It is a fun delve into the life of a police chief, even if that life isn’t always happy.

The story is enjoyable, woven into each day and constantly developing throughout the game. However, its impact on the actual play, running the city’s day to day policing, is minimal and mostly serves as a framing device for new entries on your to-do list. Even with excellent voice acting, realistic writing and a beautiful art style, it struggles to remain relevant to your efforts. Regardless, it is an engaging story to go alongside the gameplay. 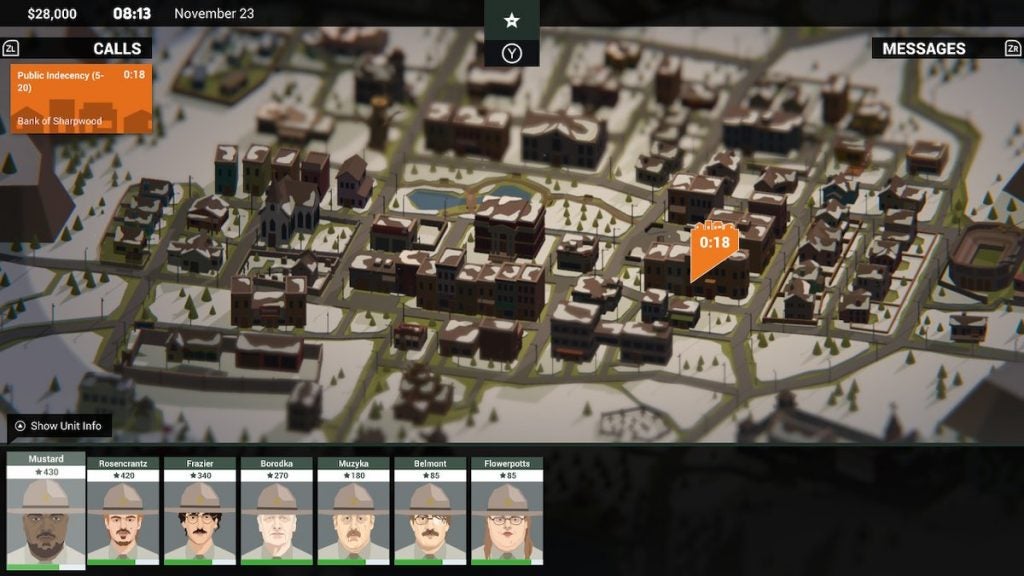 The story’s failure to be impactful doesn’t matter because the core of the game is about sending officers to respond to crimes. These options are often limited. You can send three officers to deal with an assault but, as these are regular police without superpowers, they then won’t be available to deal with the indecent exposure you’ve just been alerted to. The only option is to send them to the first crime and hope someone gets back to the station in time to respond to the second.

Managing the officers also means managing their personalities. They get tired and ask for days off, as any person would, and keeping them loyal to you is essential so you can’t say no to everything. Sometimes you just sit and watch the clock tick down at a robbery, even though you have the officers you need. The problem is that one of them refuses to work with the others. When the “Criminal Escaped” notification pops up, you glare knowing this could have been prevented if Officer Mustard wasn’t a complete dick. This never detracts from the enjoyment of the game because it’s something you can plan for and hopefully next time you’ll be prepared.

The officers each have stats such as speed, or strength, that you can choose to improve when they reach certain experience levels. Crimes are handled in choose-your-own-adventure style actions and each needs to be tied to an officer, allowing you to tailor them for specific jobs. A good negotiator is more useful than a good shot when it comes to a suicide attempt, but sometimes crimes don’t go the way you’d expect. I sent a good negotiator to a noise complaint and tried to get them to open the door. Once the door was kicked in I found a freshly dead body and an open window. If I’d had someone with high speed they could have gone around the back and maybe I’d have been able to save them. This is enjoyable because even the small decision of sending Locke instead of Frazier can have large consequences. 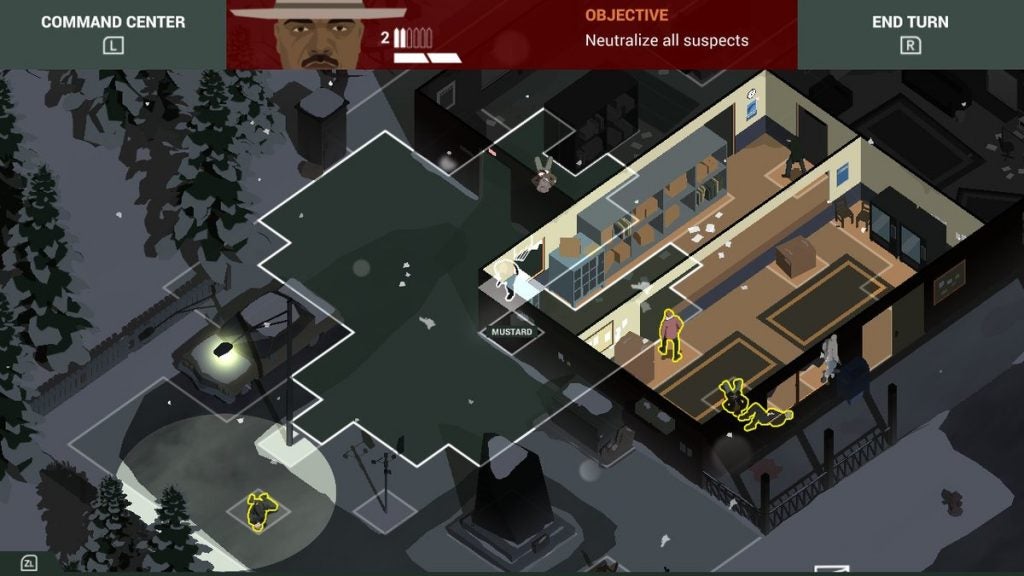 You get rewarded with tabs as a form of currency to go alongside cash. These are used to hire new officers and are earned based on your performance at the end of each day. Arrests are worth more than criminals killed, and failures such as deaths will detract from your income. This encourages you to aim for as good an outcome as possible, while still allowing for minor mistakes.

Occasionally you will need to perform operations. These will appear on the map and you have until the end of the day to send a squad in. They can be tough situations with bombs ticking down, or hostages with guns to their heads. Maneuvering your officers to carefully hit a criminal with a taser shot and jump on him for a quiet arrest can be tense and satisfying. When the bullets start flying, people will drop quickly. A single round is enough to kill anyone, officer or enemy, so keeping quiet has its advantages. The UI allows for easy navigation of the equipment and abilities you have available, just make sure you don’t accidentally try to arrest someone before you stun them. I made that mistake and he didn’t comply, leading to two civilians immediately getting blasted and a mission failure. Thankfully you can retry these operations as many times as you like without punishment until you achieve an outcome you can live with. This allows you to have mistakes and complete failures, without the stress of an entire campaign being ruined.

The combat has its weak points. There is a long list of perks you can equip at the start of a fight, but most of them aren’t very useful or have better counterparts. Why take the perk to kick down doors when the lock pick perk lets you do that, but is also silent? The combat also has a targeting system but there is never any reason to use it because a chest shot is always the best choice; it’s the most accurate and counts as non-lethal if they don’t bleed out before the end. 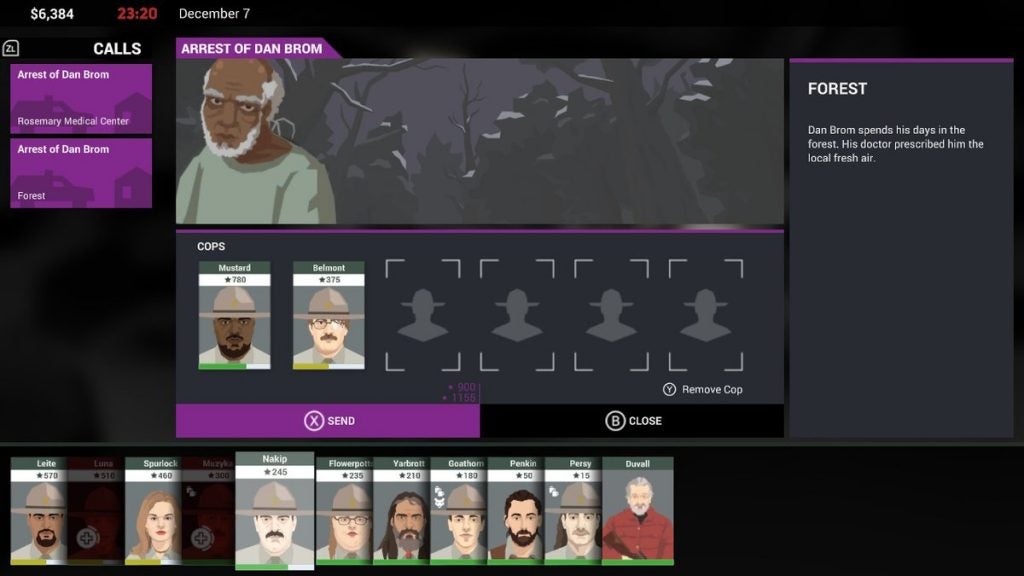 The game allows you to restart operations or entire days which is a kindness as playing the whole game again from the start to fix one game ending mistake isn’t appealing. However, this does highlight one of the game’s biggest weaknesses: it isn’t without randomness, but it is mostly scripted. Enemies will always appear in the same places in operations, crimes that turn out to be false alarms will always be false alarms, investigations will always have the same guilty party. The knowledge of these things allows you to use far less resources to deal with them and reach a good outcome with far less effort. This makes some choices weightless and inconsequential because the outcome is always the same, so there is no reason to risk it the next time around.

This is the Police 2 is a great strategy game where things are always trying to get out of hand. Dealing with the minutia of an officer calling in sick, while also chasing down bad guys feels as chaotic and hard to balance as it should do, but never unimportant. The story feels too separate to the game’s mechanics, which is a shame because it is compelling and well presented.