Tearaway – Is this the reason to buy a PS Vita?

Some may dismiss Tearaway as a children’s game, but those of you familiar with Media Molecule’s previous titles like Little Big Planet will know the gleeful feeling you receive as you play them.

Earlier games have all been executed very well by Media Molecule, especially Little Big Planet PS Vita. However, Tearaway has the potential to push the capabilities of the PS Vita to its limits for the first time.

Is this cartoony, paper-themed adventure game really the best for PS Vita so far? 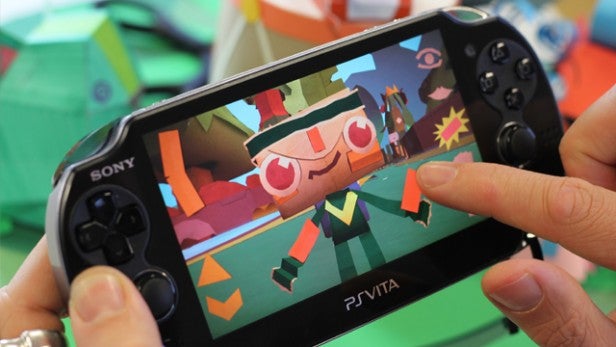 Like the name suggests, Tearaway is designed as a world made entirely out of paper. In fact, you take control of a little envelope messenger named Iota if you opt for the male lead, or Atoi if you’re a female.

As the paper world curls and folds around you, you’ll be astonished by the landscapes that Media Molecule has managed to create using only digital paper. The colours pop on the 5-inch screen of the PS Vita and the vibrant world is a joy to traverse from start to finish.

Each chapter of the Tearaway storybook has its own distinct theme and feel, which is enhanced by the fantastic soundtrack Media Molecule has created. We strongly advise you don some headphones for this adventure to truly appreciate the sights and sounds Tearaway has to offer.

The origami wilderness of Tearaway has a colour-popping design that is distinctly Media Molecule, but has come a long way from the world of Little Big Planet.

There’s a strong focus on arts and crafts and you’ll be required to draw, take pictures and even make noises to customise the look of the landscape and the characters inhabiting it.

Due to this, you’ll end up with a strong personal influence on your Tearaway experience. Trust us, you’ll be everywhere in this game both physically and metaphorically. 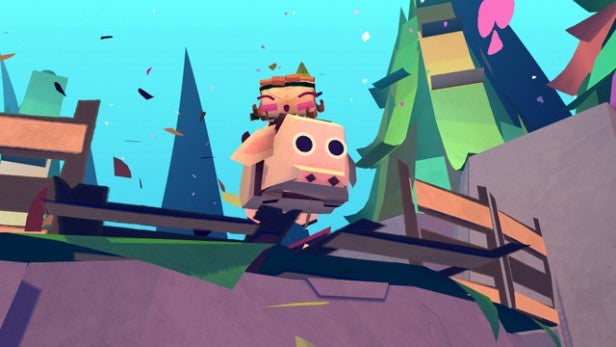 You are this god of this paper world. Well, in fact you’re actually the Sun. Tearaway asks you to play dual roles – the in-game character and the person clutching the Vita – which is a rather unique experience, but one that totally immerses you in the game like no other handheld title ever has.

Basically, mischievous little creatures called Scraps have invested the paper world after falling through a hole in the sun and are running amok causing all kinds of trouble. The only ones that can fix it are Iota and you.

Media Molecule has created the first game that really makes use of all the PS Vita’s assets – something that it has taken the gaming industry two years to do. You start off my ripping a hole for the Scraps to fall through with your fingers and this is done using the rear touch pad.

You’ll often be using it to launch Iota into the air via bounce pads, or knocking enemies aside as your realistic-looking finger pokes into the game world. Through the torn paper surrounding your fingers, you can see glimpses of your trouser legs via the rear camera, which is a nice touch.

The interactivity doesn’t stop there either as you will be required to rip open new parts of the Tearaway world with the touchscreen display, unreel new platforms or bounce pads and pull open the ribbons of presents. 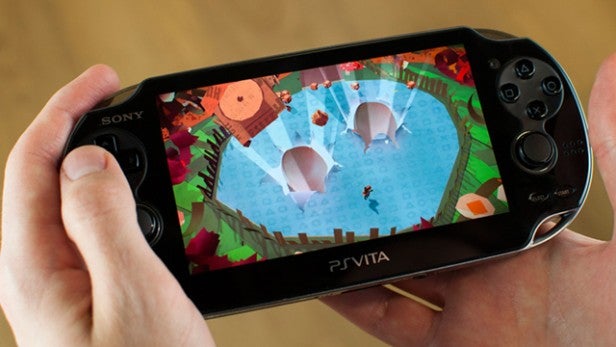 Trying to combine the two touch panels is at first a little awkward, but soon your hand will be manoeuvring across the PS Vita just as it was originally designed for. Media Molecule has even helped you by adding visual clues: objects that require you to interact via the rear touch are covered with miniature PlayStation symbols, while front touch screen interactions are indicated by fingerprints.

Blurring the lines between virtual and reality, the PS Vita’s dual cameras are also put to great use with Tearaway. Characters will continually ask you to take pictures of items in the Tearaway world using the camera given to Atoi early on. You can equip this camera with new lenses or Instagram-style filters using Confetti, the in-game currency.

You will also be asked to take pictures of real world items to customise the game’s environment. For example, one depressed elk is looking for a new coat, causing us to take a picture of our colourful bedspread to adorn him with.

Selfies are also a huge part of Tearaway. You’ll be snapping away selfies of yourself and Iota, all of which feature on posters and other memorabilia, which means by the end of the game the world is plastered with pictures of your own face. 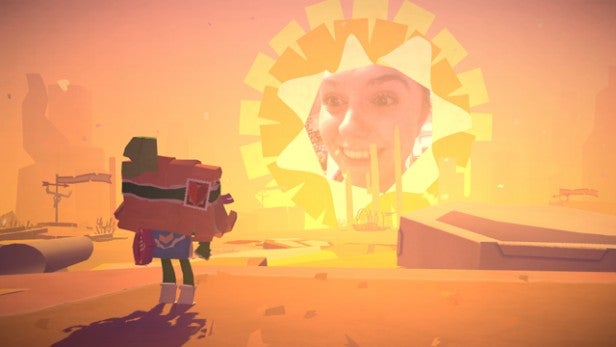 We recorded noises on command too, roaring into the PS Vita’s microphone to provide a scarecrow with a way to fend off the attacking crows, allowing Iota to scale the mountain and reach the sun. The Scraps have also eaten the colour on a range of items that need you to take a photograph of to restore their former glory. Doing so will also unlock an origami papercraft version of the item for you to make yourself via the Tearaway website.

The cutting mat is a fantastic feature of Tearaway. It’s first encountered when the King Squirrel needs a new crown, but it is used throughout the game with great success. You have to choose your paper sheet, grab a pencil and draw various items using the touchscreen. Tap the scissor icon and your wonderful design will be punched out of the paper. Simply drag the waste paper to the side of the screen and you’re left with your design. 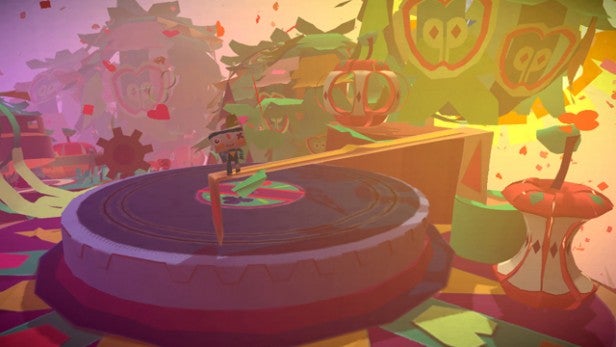 Soon the world is full of your finger-drawn creations and we were astonished at the result. You’re creations personalise your Tearaway experience and you’ll be addicted in no time.

Overall, the storyline is well paced and the difficulty level is enough to challenge even a hardcore gamer, especially as using the dual-touch pads requires a certain logical thinking at time to work out the various puzzles of the landscape.

Unfortunately, Tearaway isn’t the longest game in the PS Vita’s library at only six to seven hours long, but there’s tonnes of replayability there. Also, the game is so beautifully designed and put together that you’ll want to play it over and over again.

Tearaway is the first game to really utilise all the key features of the PS Vita and it does so with the quirky, colourful way that made us fall for Little Big Planet. Only this time, it’s better.