What is the Tannoy BaseStation One?

The BaseStation One is Tannoy’s first stab at a soundbase, which is an all-in-one speaker unit that sits underneath your TV and fires powerful sound into the room.

These speakers have become a popular solution among people who want the thrill of a home cinema system but don’t have space for a full 5.1 setup, and because they occupy the same footprint as your TV they can be even more space efficient than a soundbar.

Tannoy’s debut soundbase looks a terrific proposition on paper, and we’re hoping its attractive spec is backed up by the sort of sound quality it demonstrated with the superb Mercury Vi and HTS-101 speaker systems. 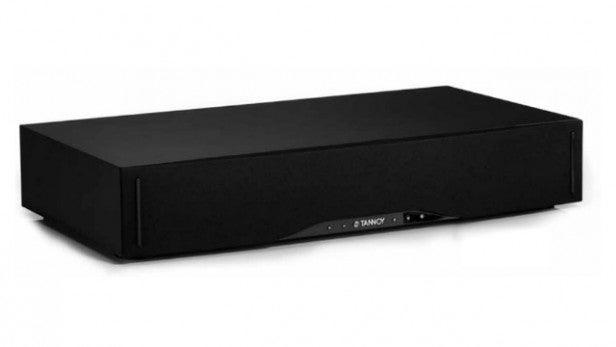 Tannoy BaseStation One – Design and Connections

At 115mm high by 640mm wide, BaseStation One is quite possibly the chunkiest soundbase on the market, a far cry from the super-skinny Samsung HW-H600 and LG LAP340. However, there’s method in Tannoy’s madness – the increased cabinet volume allows it to produce the deep bass needed to make movie soundtracks really slam.

It’s designed to support TV sets up to 45kg with a maximum stand size of 640 x 330mm, a fact reflected by the unit’s sturdy build quality. The box is solid and reassuringly heavy, exactly what you’d expect from a £350 soundbase. But, as the manual helpfully points out below, don’t even think about putting your old CRT set on top. 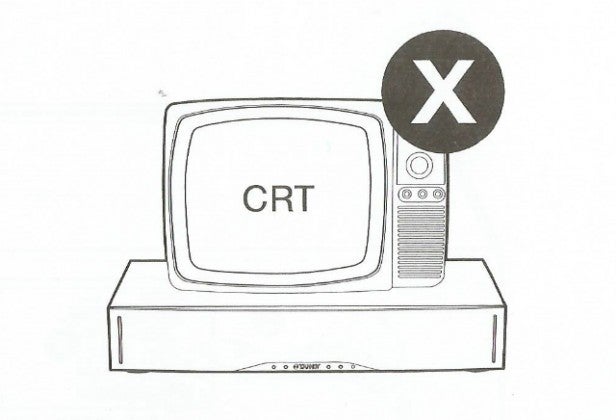 On the looks front, we’d file BaseStation One under tasteful rather than attractive, having been styled to blend in, not stand out. The main body is finished in a brushed black vinyl veneer with a cloth grille covering the front, an understated look that minimises the impact of its bulky dimensions.

On the front is a discreet control panel housing a few buttons to control volume, input selection and mute. A small light glows in different colours to indicate its status, although a proper display would have made it a little less cryptic.

Scoot round the back and you’ll find optical digital and analogue stereo inputs, plus a subwoofer phono output for those who want to upgrade the unit’s bass performance. That line-up should suffice for most users and underlines the product’s ‘plug-and-play’ approach, although if you’re after HDMI sockets and ARC then you’ll have to look elsewhere.

Bluetooth connectivity is a must-have feature on soundbars and bases, and Tannoy doesn’t disappoint. In fact it goes one better and supports apt-X technology, offering superior sound quality to regular Bluetooth, while NFC support allows you to pair a compatible device by tapping it on the NFC logo situated on the side. 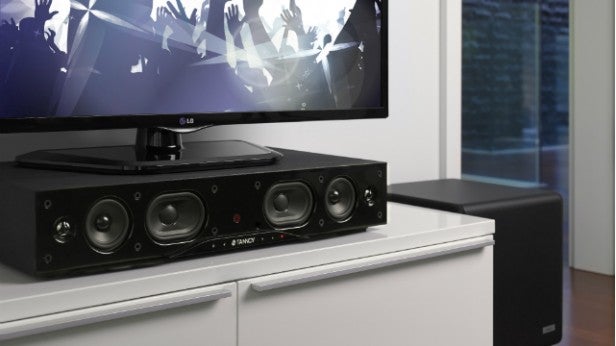 Companies like Panasonic and Samsung throw in all sorts of DSP modes and audio trickery, but Tannoy strips it down to a 3D surround mode that adds width to the soundstage.

Soundbases are usually easy to set up and this Tannoy is no exception. Just plug it in, place your TV on top, connect the optical cable and away you go.

Operation is simple enough once you learn what the front LED is telling you – it glows green for optical input, orange for line in and blue for Bluetooth. It also flashes when you adjust the volume, and briefly lights up green to denote that 3D mode is turned on. It’s all rather rudimentary but gets the job done.

The supplied remote is a poor effort. It’s one of those small generic affairs with fiddly blister buttons and cheap build quality. The layout and labelling are decent enough, with separate controls for the main and subwoofer volumes, but it’s not much fun to use.

Thankfully there’s a learning function that lets you use your existing remote instead. It’s easy to program and is worth doing given the fiddly nature of the supplied zapper.

Canton’s DM50 largely rules the roost in terms of sound quality, but after spending time in the Tannoy’s company we’ve finally found a soundbase with the chops to challenge it.

Not only does the BaseStation One deliver a big, room filling sound as promised, but like the Canton it’s also refined and bursting with detail – the sort of ‘full-range’ performance that puts most rivals to shame.

It needs a few hours of running in to get the best results, but once loosened up the speakers play movies and music with an easy tone that you can just kick back and listen to without having your attention constantly diverted by shrieking midrange or boomy bass. 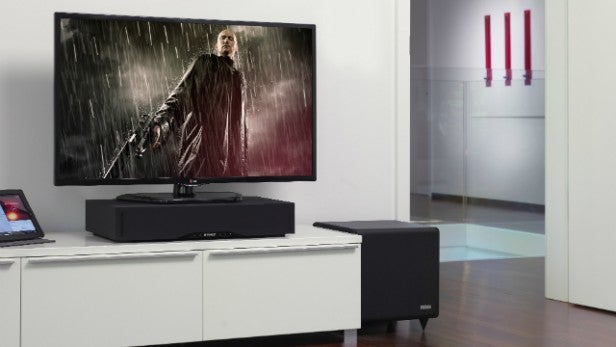 Key to the Tannoy’s success is its ability to handle every part of the frequency range with great skill, from deep, thumping bass notes to clear midrange and crisp, sparkling highs. Unlike lesser soundbases and their compressed, nasal character, BaseStation One’s three-way arrangement and roomy cabinet deliver a more complete and satisfying sound.

It’s remarkably cohesive too. Taut bass notes blend smoothly into the midrange, making everything sound solid and punchy. This is most noticeable with speech – male voices boast superb clarity and depth, allowing you to hear the gentle pop of every ‘P’.

Fire up The Desolation of Smaug on Blu-ray and BaseStation One handles the action with aplomb. The raucous finale is an obvious highlight – stomping dragon footsteps lend convincing scale and drama – but it’s the subtler moments that really highlight the Tannoy’s quality. For example, when Bard fills the barrels with fish, the rapid thump as they hit the wood is deftly handled.

Meanwhile, the Tannoy’s silky top-end is demonstrated by the gorgeous strings that play over the opening credits and by the delicate rustle of wildlife inside Beorn’s house. The only minor negative in this top-drawer performance is that 3D surround doesn’t bring much to the party – but with sound this enjoyable it’s no great loss.

It doesn’t just excel with movies – TV shows sound terrific too. Voices are detailed and authoritative, and even something as innocuous as the EastEnders theme tune is turned into a fulsome musical experience. Bluetooth-beamed music is equally enjoyable thanks to the tight, rhythmic bass and crisp detail. 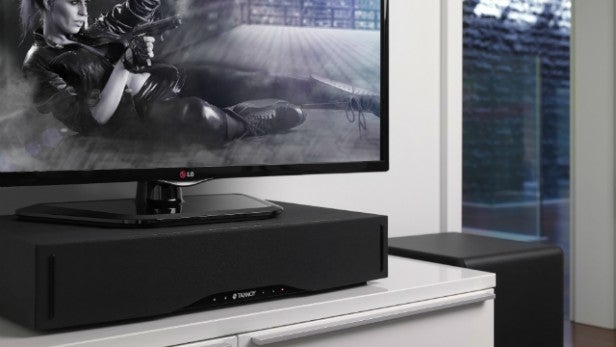 Should I buy the Tannoy BaseStation One?

With its excellent performance, the BaseStation One has earned itself a place among the soundbase elite. We love its easy tone, deep, cohesive bass and lucid detail, all of which results in a richly rewarding sound no matter what you’re listening to. For that reason alone it’s worth £350 of anyone’s money, even before you’ve considered the inclusion of Bluetooth, apt-X and NFC.

That said, it’s bigger and bulkier than most soundbases and therefore not as discreet (although it’s a necessary evil from a performance standpoint) plus the remote is terrible and there are no HDMI sockets. But if those things aren’t important then do yourself a favour and take this Tannoy for a test drive right away.

Rich, satisfying sound quality makes the Tannoy BaseStation One a superb purchase, despite its chunky size and basic operation.

A Soundbase not for you? Check out our pick of the Best soundbars