What is the Tannoy Mercury Vi?

For this affordable 5.1-channel speaker system, Tannoy has tweaked the blueprint of the brilliant Mercury V system with several component and tuning upgrades in a bid to take its performance to new heights.

But given that Mercury V scored top marks in our 2012 review, it needs something special to top the original.

This specially priced package features a pair of V4i floorstanders for the front channels, a pair of VRi standmounts for the rear channels, the VCi centre and the TS2.10 subwoofer, which isn’t a Mercury subwoofer per se but is the same model that accompanied the Mercury V package.

The only thing we didn’t like about Mercury V was its design, and sadly we have to say the same about Mercury Vi. For the V4i, Tannoy has stuck with the same boxy cabinets and plastic-textured wood veneers as before, which are inoffensive enough but lack the curvy elegance of systems like the Roth OLi RA. 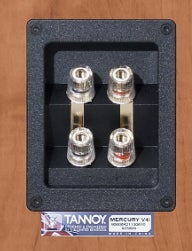 Our samples came in a Sugar Maple finish, which looked a little unflattering in our test room but may well suit yours. Thankfully it’s also available in a much classier Dark Walnut colour.

Despite its lacklustre looks, V4i is still a well-made speaker, with internally cross-braced cabinets giving them the requisite rigidity. They’re reassuringly heavy too.

One new design touch is a plinth that elevates the V4i off the floor to improve stability and reduce vibration. We say plinth, but really it’s two chunky black bars that attach separately to the bottom. They’re a stylish addition, though.

The V4i sports a black cloth grille on the front, fixed on with plugs as opposed to tidier magnets. It takes some tugging to remove but it’s worth doing as the drivers’ silver surrounds bring some much-needed glamour.

Towards the bottom of the back panel are two pairs of binding posts that allow you to bi-wire the speaker (feed the mid/bass and high-frequency drivers separately). If not, gold-plated link bars connect the two sets of posts. The binding posts have been improved – they’re now gold-plated and encased in chunky plastic, which makes it easier to clamp your cables tightly. 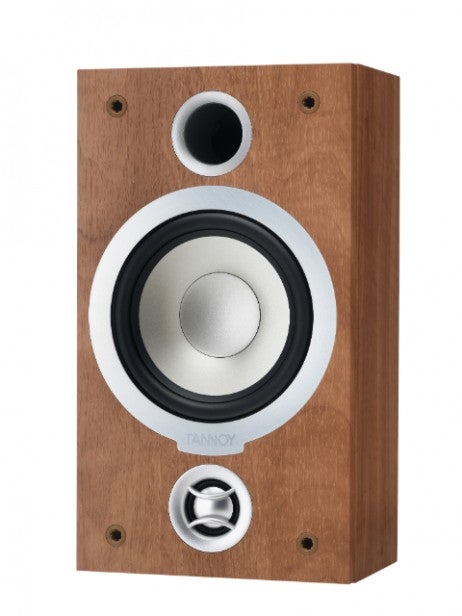 The VRi rears and VCi centre are also well-made and dressed in a matching Sugar Maple veneer, but again their rigidly straight lines and lack of embellishment makes them visually uninspiring.

The subwoofer looks absolutely nothing like the other speakers, which won’t please advocates of aesthetic congruity but it’s still a relatively attractive bass bin. It comes in satin grey and high gloss white or black finishes, with curved edges and black cloth grilles covering the drivers at both ends – more on those later. Sturdy spikes are provided for placement on a carpet. 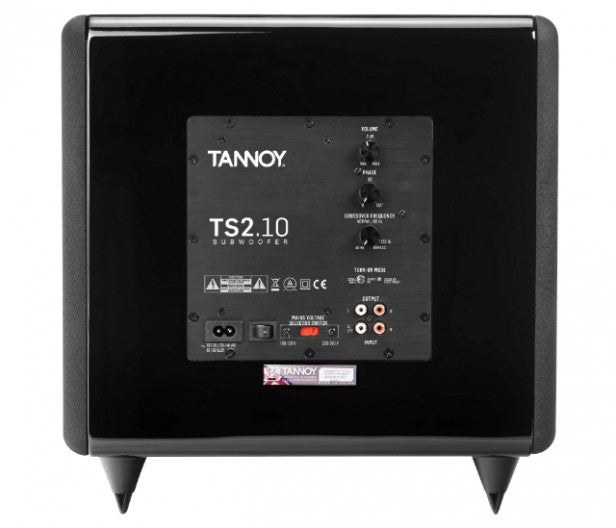 On the back are three dials controlling volume, phase and crossover frequency, plus stereo RCA input and output.

The V4i features two 6in mid/bass
cones made from multi-fibre coated paper. Sandwiched between them is
Tannoy’s new magnesium alloy dome tweeter, which is a more rigid
material than the previous incarnation and can therefore push high
frequency response higher (up to 53kHz).

Tannoy has also tweaked
the crossover to include high-purity silver plated wiring, while
Differential Material Technology (DMT) damping on the high-frequency
capacitors helps achieve a smoother integration between the tweeter and
mid/bass drivers.

The TS2.10 features two opposing 250mm bass
drivers, one active and one passive. This arrangement is designed to
eliminate cabinet vibration that can occur with single-driver
subwoofers. It’s powered by a 300W Class D amplifier, which should shove
air with serious welly. A high-speed DSP engine handles bass management
and user adjustments are made on the rear panel. 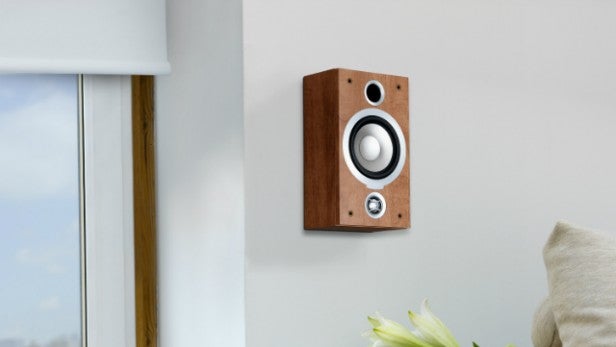 Thanks
to the changes Tannoy has implemented, the Mercury Vi system delivers
an even better sound than its predecessor – more detailed, dynamic and
cohesive, with an even more convincing sense of scale.

Fire up
The Desolation of Smaug and Mercury Vi conveys the action with aplomb.
As Beorn chases the dwarves through the forest, for instance, the
snarling beast and high-octane score fire from the speakers with vigour,
while the subwoofer’s taut, rapid bass hits disseminate seamlessly into
the soundstage.

And as promised the new tweeters tease out
detail beautifully. From the slightest crunch of feet on the forest
floor to water lapping gently against the boat as Bard glides towards
Lake Town, Mercury’s HF drivers miss few of the movie’s sonic textures.

Dialogue
is impressive too, not only because it renders voices with clarity and
detail, but also because the subwoofer adds bass depth. Smaug and the
Necromancer’s raspy tones have rarely sounded so rich and menacing. 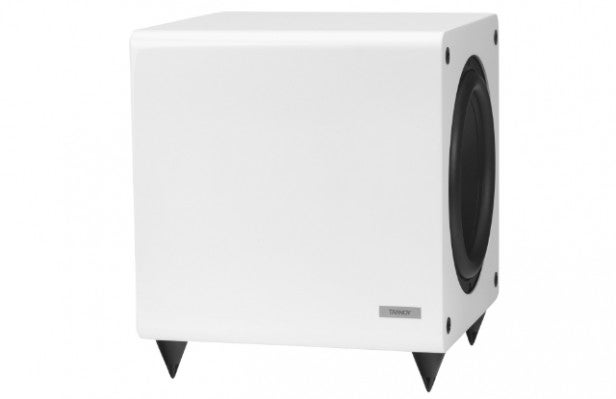 We’re
also impressed by the way effects pass between channels with total
tonal uniformity – a benefit of employing identical drivers across the
system – and while its wraparound imaging isn’t as immersive as a bipole
system like the Monitor Audio Silver, you certainly get a decent sense of envelopment.

Any
negatives to report? Well, the subwoofer’s immense power means it’s
trickier to integrate than many subs we’ve tested. It didn’t always sit
right with the other speakers, making us fiddle with the volume dial
more often than we’d like.

But after lots of trial and error we
found a satisfying blend. We suggest running your AV receiver’s auto
setup system (if it has one) and experimenting with the controls until
you find a level that works.

Do so, and thumping footsteps sound immense, making you believe there’s a dragon stomping around your room.

Another
minor quibble is that some might find Mercury too easy-going – a little
more attack would make action scenes even more thrilling – but on the
plus side it means you can drive them for long periods without getting a
migraine. 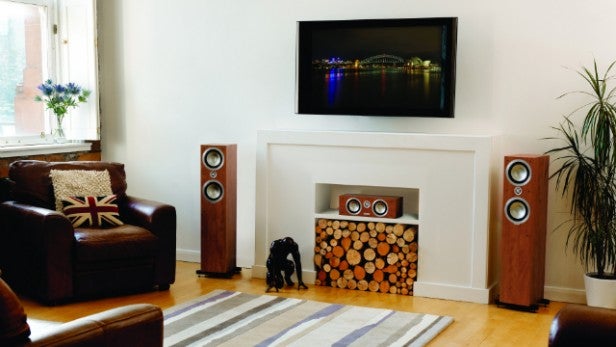 Should I buy the Tannoy Mercury Vi?

Mercury
Vi is certainly worth a grand of anyone’s money thanks to a terrific
performance that improves on Mercury V. Its tweaked drivers produce a
soundstage that’s at once detailed,
powerful and tonally cohesive. The subwoofer requires careful
configuration to get it singing from the same hymn sheet, and a little
more attack would have upped the excitement levels, but otherwise it’s
highly impressive.

But on balance we don’t feel it’s quite a
10/10 product this time round given that there are equally impressive
but better looking systems on the market such as the Roth OLi RA.

Don’t let the looks deceive you – Mercury Vi is a superb performer, making it great value for money.