The Swan SM22080 Retro is a good-looking combination microwave, grill and convection oven.

While I loved its looks, I found its menus a little difficult to navigate, so it’s worth keeping the instructions to hand. The appliance was also a bit loud. 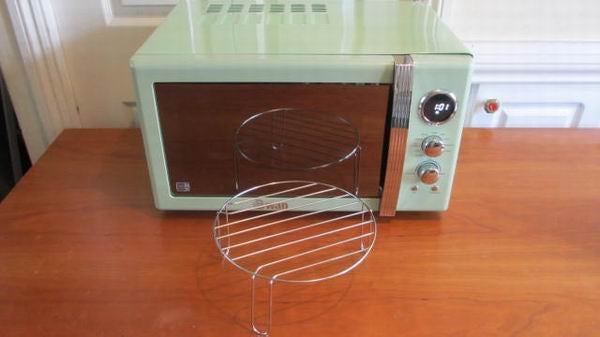 The Swan has an unapologetically retro look – which is somewhat amusing when you consider that microwave ovens didn’t exist in the 1950s. Nevertheless, the design looks good and would fit well in either a retro or contemporary kitchen.

The cavity is brushed stainless steel and the door has a dark glass finish that, unfortunately, is a magnet for fingerprints. The paintwork doesn’t get fingerprinty, though. The handle is a shiny silver, but it’s made of plastic so it feels cheap – but sturdy – in the hand. 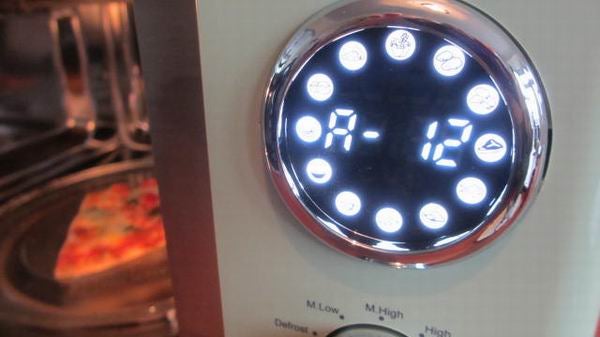 The styling and indeed the controls are very much like those of the non-combi Swan Vintage SM22030 microwave. This means it features more knobs than buttons compared to rivals. The main controls are by way of a dial with which you can select the cooking mode, plus another to set the temperature, time and weight.

There are no touch controls at all, just two small buttons: one to start and one to pause or cancel. As with the Swan’s predecessor, these feel like they’re the wrong way around. Conventional microwave design puts the “go” button at the bottom right and the “stop” button to the left. As a result, until you get used to the Swan, you’ll find yourself setting the cooking time and then cancelling it by mistake. Again and again and again.

This isn’t rocket science – even though it may feel like it at times. All Swan needed to do was print a cheat sheet for reference and conceal it inside the oven door, helping you to pick the right programme. 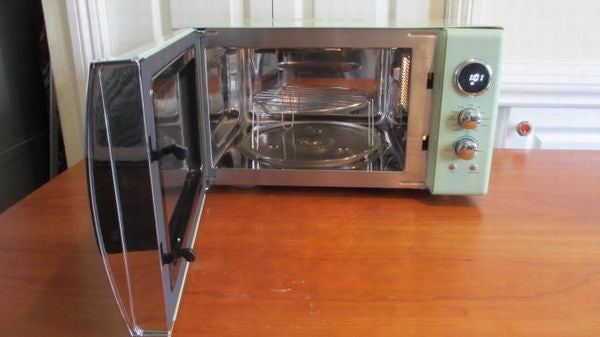 The menus are baffling because the display simply doesn’t have the capability to display text, and as a result you’ll be forever scrabbling for the instructions to make sense of them.

For example, I first chose to defrost a pitta bread and so picked Defrost from the top dial. So far, so simple. Then I was given the choice of Ad-1, Ad-2 or Ad-3, which turned out to be the modes for defrosting meat, poultry and seafood respectively. I plumped for the lowest weight (100g) of meat and then hit cancel after 30 seconds. The pitta was defrosted, but noticeably soggier beneath than on top. 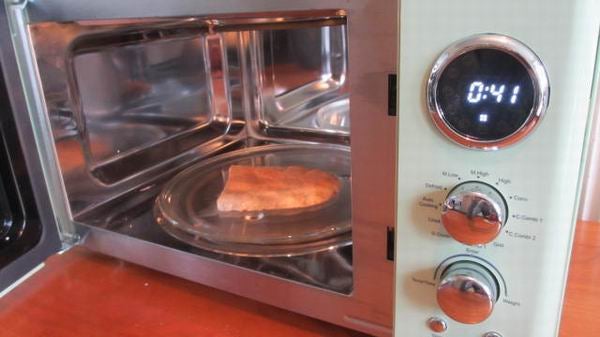 Cooking cheese on toast on the grill rack provided went well enough. The advantage of a turntable, rather than flatbed design, is that there’s more chance of even cooking.

However, I found it hard to keep an eye on cooking. The interior of the oven does illuminate during cooking, but not very brightly. This and the dark mesh inside the glass only served to offer a vague impression of what was happening inside. I definitely couldn’t see whether the cheese was bubbling.

It took four minutes to toast one side of the bread. The results were good and even thanks to the turntable, but the Swan was quite loud, with an annoying low hum emitted as the turntable rotated. A further three minutes was enough to melt the cheese on the other side. Again, noisily but evenly. 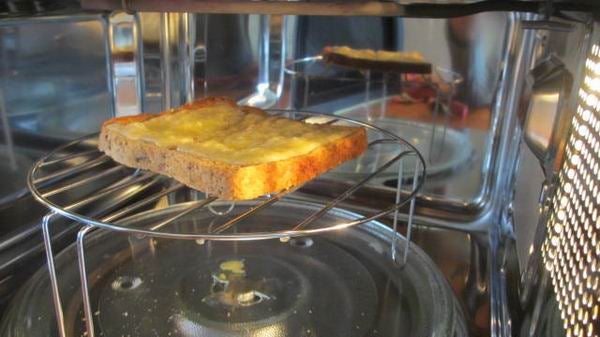 The Swan has 12 built-in auto-cooking modes and, unlike the defrost settings, it’s easy to pick the right one just as long as you have decent eyesight. The options are: popcorn, potato, vegetable, meat, fish, chicken, reheat, beverage, rice, pasta, bread and pizza. These are for cooking foods that are at room temperature, though, so when it came to cooking a slice of pizza from frozen I used the convection oven. You can select temperatures of 140, 160, 180, 200 or 210°C. I picked the latter and set it for 13 minutes.

Finally, the pizza was cooked – if you can call it that. It was everything you’d expect of a microwaved pizza… which is a real shame seeing as I’d cooked it using the convection oven rather than using a microwave or combi mode to save time. It was edible, but the thin base was horribly soggy.

Next for the 300g jacket potato. Here I used the auto cooking mode (450g or 650g; I chose the former, which takes just over 11 minutes). The results were a bog standard microwave jacket potato: fluffy inside, soft skin, overcooked at the base.

Cleaning the stainless steel interior and glass turntable didn’t present too much of a problem, but it wasn’t as easy as a flatbed model. 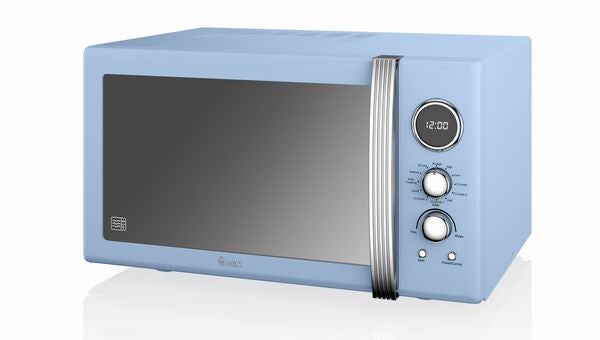 If you love the styling, then the Swan SM22080 Retro won’t disappoint. It does a good enough job and looks-wise there’s nothing quite like it, bar the non-combi Swan Vintage SM22030 microwave.

But it has its faults: in particular, the menus can be hard to navigate. The Sharp R861SLM is a better combi for the same price. Or spend more and get the excellent Panasonic NN-DF386. If you’re on a budget consider the microwave-only Beko MOF 20110.

We love the Swan’s retro styling but its dial-only menu system lets it down.