Available on Xbox One, PS4 (reviewed)
Submerged isn’t what you might call action-packed. There’s no combat, no big set-pieces, no enemies to fight and no real puzzles to solve. If we had to describe it, we might liken it to Ico, Shadow of the Colossus and Assassin’s Creed, but without the platforming and puzzles of the first, the monster-slaying battles of the second or the, well, pretty much everything bar the basic traversal of the third. I can’t remember a game since the Wii’s Endless Ocean where there’s – on the surface – so little to do.

Yet Submerged is, rather appropriately, a game of hidden depths. Admittedly, we’re talking emotional depths, not some hidden layer of game mechanics or some unique spin that turns a genre upside down, but if you’re in the mood for a moody, atmospheric game of exploration, you’ll find Submerged strange, affecting and absorbing. 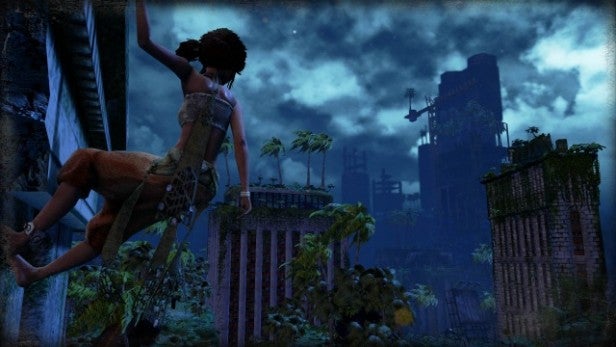 The team at Uppercut Games – including some of the brains behind Bioshock 2 – have opted to underplay everything to maximise the sense of mystery, dishing out what plot and background lore there is through primitive drawings and the actions of a pared-back cast of characters. Submerged takes place on what appears to be a flooded world, where all that remains are the towers and skyscrapers of a once-great modern city, emerging through the waves. Into these ruins a boat arrives, carrying a girl and her critically injured brother. His only hope? A handful of supply drops abandoned on the rooftops of the city, reachable only by a little urban free-climbing.

The game has its own sparse rhythm. Every day, the girl needs to find supplies to help her brother. She putters around in the motorboat, finds places where she can dock and climb the ruins, then tries to reach high ground so that she can use her telescope to hunt for supplies, salvage and other collectibles in the surrounding buildings, or simply to grab whatever’s around. Once she finds that she needs the game fades out and the next day begins afresh. The weather might change, the winds might blow and the local fauna might put in an appearance, but in a way each day is basically the same. 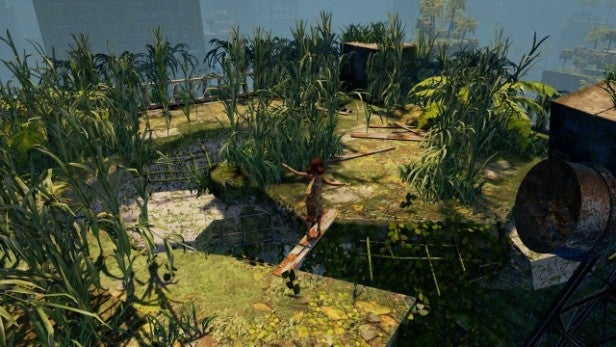 If the style and tone hark back to Ico and its follow-up, then it’s in the climbing that Submerged comes closest to an Uncharted or Assassin’s Creed. There’s no parkour or superhuman acrobatics, but you’ll find yourself tracing possible routes, looking for that next ledge or handheld that might help you move skywards, while looking for other routes that might take you to a quickly-glimpsed collectible. There’s nothing really challenging here, though the routes are indistinct in places, but this isn’t really a game about challenge. Submerged has a tale to tell and wants to use exploration as its medium. With each passing day, more drawings are discovered and more truths become apparent, some of which grow more uncomfortable with time.

Some players won’t like this approach. Submerged doesn’t have the tension and relief that you get with games where combat or stealth come into play. It’s short on evil monsters, deadly peril and do-or-die action, and even the traversal seems oddly stress-free. What it does have, though, is a sense of solitude, unease, wonder and discovery. Like Bioshock, but even more so, it’s a game where action takes second place to atmosphere. 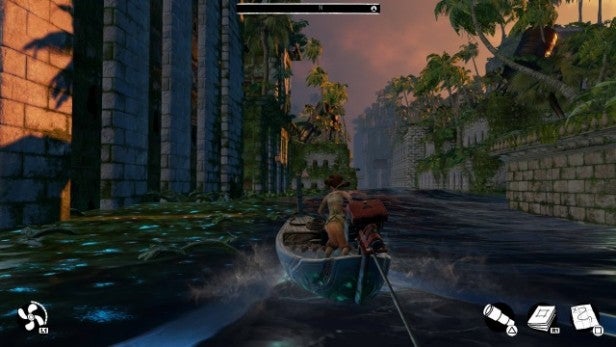 If you get it, then it’s still a slow-burner, but one that blossoms into something quite special. It won’t take long before you spot the plot’s trajectory, but that doesn’t make it any less hard-hitting or effective. And, despite the low budget there’s real artistry at work here. While the graphics aren’t going to put The Last of Us to shame, the weather effects, the lighting and some brilliant architecture lend Submerged’s world a convincing sense of place. It’s also worth mentioning that the score is absolutely brilliant.

I’ve no doubt that some gamers will give Submerged a bashing. It’s fairly short, fairly slight and there’s really not much to it. For me, though, it follows in the footsteps of games like The Vanishing of Ethan Carter or Journey, where it’s less about the gameplay and more about the experience and the emotions that evokes. Submerged isn’t quite on the same level as Journey, but it’s still well worth your time and money. It’s a game with heart and soul.

Verdict
Submerged isn’t a lengthy game or a game of innovative ideas and sophisticated gameplay, but it is a rich and haunting experience that uses exploration to tell its story. Its minimalist approach won’t be for everyone, but connect and this could be one of the most memorable games you play this year.