What is the Sony Xperia Z5 Premium?

The Sony Xperia Z5 Premium is a an expensive, no-compromise Android phone. It’s Sony’s equivalent to the iPhone 6S Plus and the Samsung Galaxy S6 Edge.

In terms of design, each of those phones has a stand-out feature: 3D touch in the iPhone; curved sides on the Edge. The Sony Xperia Z5 Premium vies for the spotlight with its 4K-resolution screen.

Yes, that’s right – this phone features the same resolution seen on the latest 65-inch TVs. From a pure numbers perspective, it’s dead impressive. The reality, however, is different: it’s largely pointless. Add to this a number of deficiencies elsewhere, and the Sony Xperia Z5 Premium stands little chance of outdoing rival top phones from the likes of Samsung, Apple and Google. 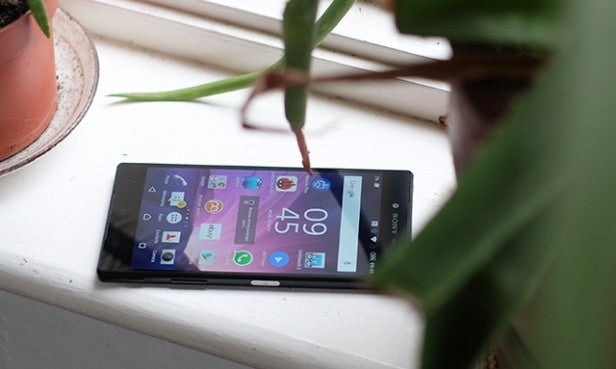 The Sony Xperia Z5 Premium is a super-sized version of the regular Xperia Z5. In terms of build and style, the handsets look very similar.

Flat panes of glass on the front and back are held together by metal sides and plastic-like edge caps that ensure the Sony Xperia Z5 Premium’s glass exterior doesn’t shatter the minute it takes its first impact. What hasn’t made it across is the Z5’s frosted backplate. The one here is ultra-glossy, just like the earlier Xperia Zs. 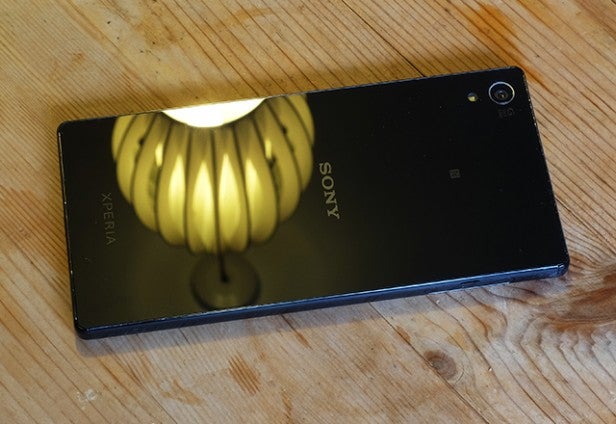 To clarify: that’s a reflection, not a bizarre decal

The Xperia Z series has plenty of admirers, but I can’t say that I’m a fan of its design. All Xperia Z’s feel a little boxy, fundamentally as a result of their rectangular shape – and in this more sizeable handset, this boxiness is even more apparent.

It may be slim, with a footprint that competes well with its rivals, but the Xperia Z Premium feels awkward and is more of a trial for your fingers. I found both the Nexus 6P and Samsung Galaxy S6 Edge slightly easier to handle, even though they sport larger 5.7-inch displays. 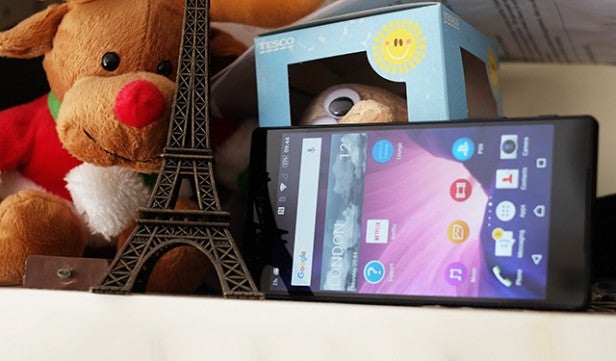 It isn’t only the shape that annoys either. The metal sides sit in a slightly raised position from the glass panels, and while this is sensible because it helps keep surfaces from touching the glass, the metal feels sharp. A softened or bevelled edge would have been better.

The Sony Xperia Z5 Premium feels expensive, but it doesn’t feel nice. While the engineering is perfectly decent, some consideration to what the handset’s frame is like to hold in the hand would have been welcome.

This isn’t something that you can appreciate from the specs alone: at 7.8mm thick and weighing 180g, the Sony Xperia Z5 Premium sounds on-par with the very best large phones, if significantly heavier than Samsung’s big phones. 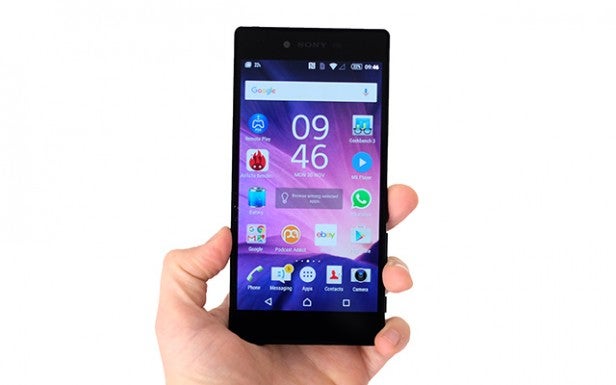 The sharp feel casts a shadow on the great work that has been achieved elsewhere. For example, like previous Xperia Zs, the Sony Xperia Z5 Premium is waterproof. It’s totally fuss-free waterproofing too, with no flaps on the micro-USB or headphone jacks.

However, Sony does now recommend that, even though the Xperia Z5 Premium comes with IP68 certification, you refrain from submerging the handset in water. It’s a pretty sensible reaction to the stories of other Z phones dying after being dunked, their seals having presumably failed at some point. 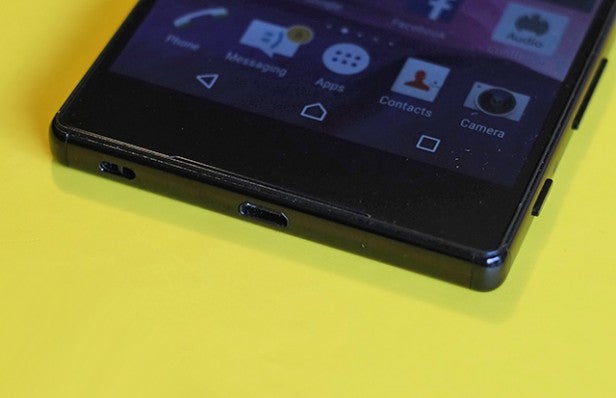 The Sony Xperia Z5 Premium is still home to one rubber flap, which keeps the water out of the little plastic tray slot that holds the nano SIM and microSD slots. There’s another great little extra – expandable memory; the iPhone 6S Plus, Samsung Galaxy Edge and Nexus 6P all come without. The Z5 Premium comes with 32GB of storage as standard, so you may not even need a microSD.

All of the above isn’t new to series, though. What does make its debut in the Xperia Z Premium, however, is the fingerprint scanner. See the big power button on the side? That’s it.

It’s an alternate take on the front and rear scanners seen on rival handsets, but the premise is much the same. Right now, its main use is for unlocking your phone quickly and easily. 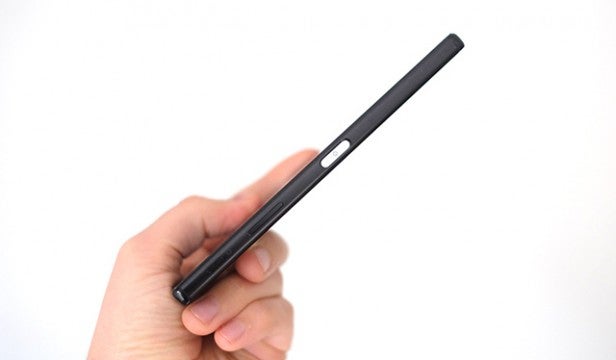 Quick it is too. The Nexus 6P’s scanner is a shade more brisk, but the speed and accuracy on offer here is comparable to the scanners in both the iPhone 6S Plus and Samsung Galaxy S6 Edge .

You might not be such a fan if you mainly tend to hold your phone in your left hand, of course, since your thumb will naturally be on the wrong side.

I prefer using both front and rear fingerprint scanners, as the move from scanner to screen is that bit quicker. However, it’s largely a personal thing, and the Sony Xperia Z5 Premium’s scanner is still an order of magnitude better than the early scanners that featured in the Samsung Galaxy S5, for example.