Sony has chosen a dual-core rather than a quad-core processor for this phone, which is understandable given its more modest price tag compared to the Xperia Z. However, the processor is still fairly beefy as it’s clocked at 1.7Ghz. There’s only 1GB or Ram, though, rather than the 2GB that you get on high-end models these days and, as we’ll see later, this does seem to have an effect on day-to-day performance. It doesn’t show up hugely in benchmark tests, though, as here the SP put in a good showing.

Its Linpack score of 338.688MFlops shows it’s got plenty of grunt for number crunching, while its Geekbench 2 results of 1976 highlights that its overall performance is strong too. It’s obvious from playing games like Real Racing 3 that it can easily handle today’s latest 3D titles, and its result of 49fps in the GFXBenchmark backs this up.

The phone runs on the Jelly Bean version of Android. Jelly Bean feels a lot quicker and smoother to use than previous Android iterations, mainly due to the extensive work Google has carried out as part of Project Butter. 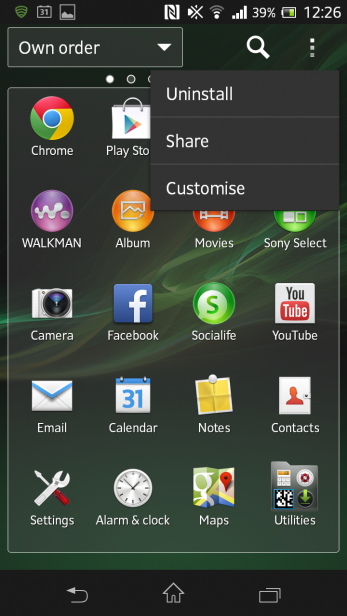 However, it’s not all plain sailing as there are times when the SP stutters just a bit more than we’re comfortable with. Sometimes it would randomly refuse to pop up the keyboard in the Chrome browser or when we tried to use the search box in the App Drawer. There were also little slow downs and pauses that we haven’t seen on other handsets running Jelly Bean, such as when you exit some apps back to the homescreen and it takes a couple of seconds to redraw the icons on the screen. These issues could, of course, be due to the 1GB of Ram that Sony has twinned with the processor, but we think it’s more likely that Sony needs to better optimise its launcher and firmware to iron out some bugs.

The company has added plenty of extra bells and whistle over the top of the standard Android UI, though. For example, it has tweaked the multitasking screen a bit. When you call it up it shows a banner of tiles for the open apps down the right hand side that you can flick away as usual to close them, but there’s also a row of icons shown across the bottom of the screen for a calculator, timer, sticky notes and voice recorder. These are mini apps that when opened float on top of the main app you’re using, which is quite neat. 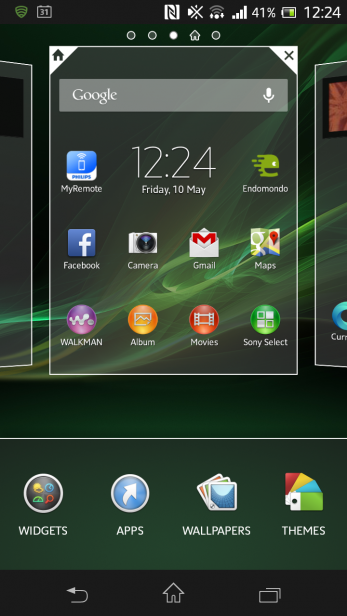 On the unlock screen you can unlock the phone directly to the camera or Walkman music player, and when you tap and hold on a homescreen to edit it Sony has added a button in the top left hand corner of the thumbnails. This allows you to quickly set any of them as the central one that the phone defaults to when you hit the home key. 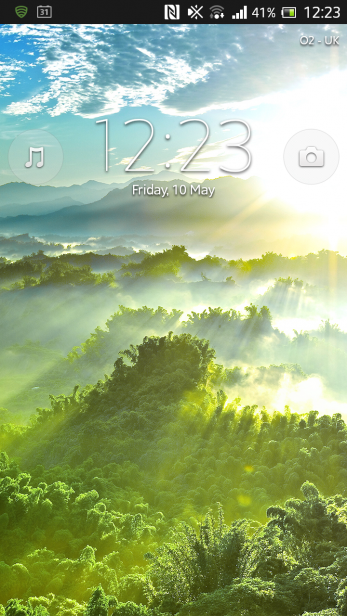 Overall, Sony’s skin is pretty slick, but there are a couple of irritations. Firstly the phone has a habit of stuffing the top notification line on the display full of icons for stuff like NFC, battery saving mode, warnings about your usage of internal memory and the like. After a while it starts to look very visually noisy, but there’s no way to really clear them out of the way. Secondly, the are a few too many pauses, such as the delay in redrawing homescreen icons that we’ve already discussed above.

Sony Xperia SP – Contacts, Browser and Calling
The Xperia SP uses the standard Android contacts book, so there are no surprises in this department. It’ll automatically important contacts from online accounts such as those provided by Google, Yahoo and Outlook.com, complete with pictures alongside the usual email address and phone number information. The contacts books supports groups, so you can segment your contacts into categories such as Friends and Co-workers, which can be very useful for managing very large contact books. 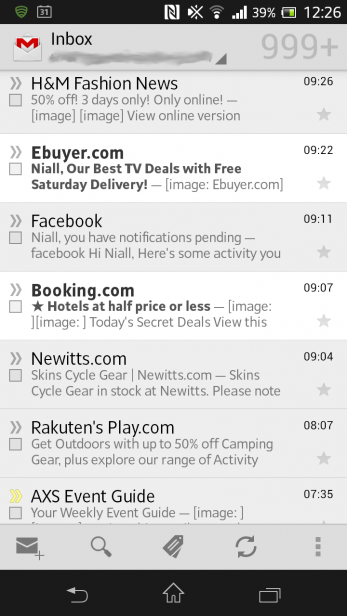 When it comes to call quality, the SP performed extremely well. It’s got a second microphone on the rear to help with noise cancelling on calls. People we called using the phone confirmed that it did a good job of delivering clean speech while callers sounded loud and crisp via the earpiece. It also performed well in lower signal areas, largely avoiding dropping calls unless the signal dropped out completely.

Sony has stuck with the standard Chrome browser, which is no bad thing. It’s got a nice tabbed browsing interface, you can share bookmarks between the desktop browser and the version on the SP, and it quickly lets you switch to viewing the desktop version of a website if you’re not getting on with the mobile version that the browser defaults to. 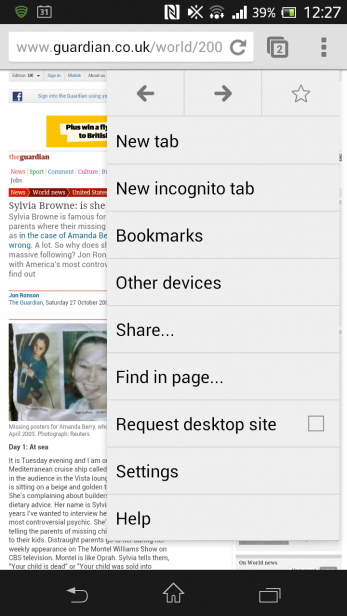 However, there were times when after tapping in the search and address box the keyboard would fail to pop-up or take a long time to do so. Also, websites and blogs that are image heavy are generally a bit sluggish to load. This seems to be down to bugs in Sony’s software rather than Chrome, as in Broswermark the SP scored fairly highly at 2185.