After noodling around with so-so smartphones for a few years, Sony finally went hell for leather with the humongous Xperia Z and grabbed plenty of headlines as a result. However, thanks to its huge 5-inch screen it wasn’t for everyone, nor could many people afford it thanks to its high price. If you’re in this category then the Xperia SP might better fit your needs. It’s got a smaller 4.6-inch screen and a much lower asking price – you can buy it SIM free for £350 or get it free on a £20.50 a month contract – but it still packs plenty of grunt thanks to it’s 1.7Ghz dual core processor. 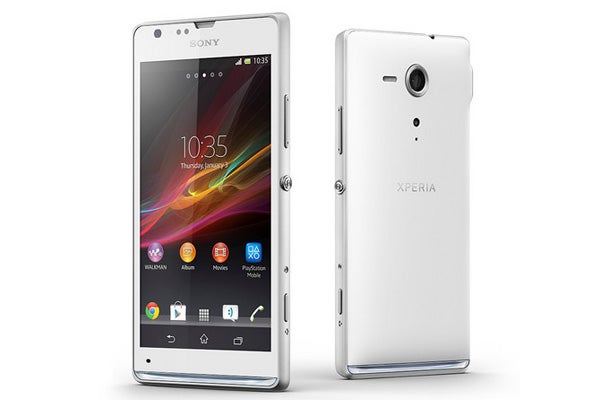 In a world dominated by smartphones that essentially look like different sized slabs of black plastic, the Xperia SP’s is refreshingly different. Available in red, black and white, we had the white version in for review which we think is the best looking of the bunch.

Sony trumpets this phone’s aluminium body, but in reality the aluminium is limited to the band that runs around the outer edge of the SP. The bezel around the screen is instead covered in glossy plastic, while there’s a matt finish on the removable rear cover.

Nevertheless, the handset feels very solid, partly because it’s a bit on the heavy side at 155g, but also because it avoids the slippery feel of the likes of the Samsung Galaxy S4. We had worried that the white plastic rear cover would quickly start to look grubby from finger prints and the like, but really that’s not the case at all.

It’s also great to see that Sony has added a dedicated camera button on the right hand edge, especially as it’s stolen the Windows Phone trick of allowing you to jump directly into the camera app – even from standby – just by pressing and holding down this button. The usefulness of this feature really shouldn’t be underestimated and it’s something we wish other manufactures would start to add to their handsets.

The signature of the phone’s design, though, is the translucent strip at its base. There are three LEDs placed just above this strip that are used to illuminate it. For example, when you view photos in the Gallery app it lights up with colours sympathetic to those in the pictures, a bit like Philip’s Ambilight system on TVs. 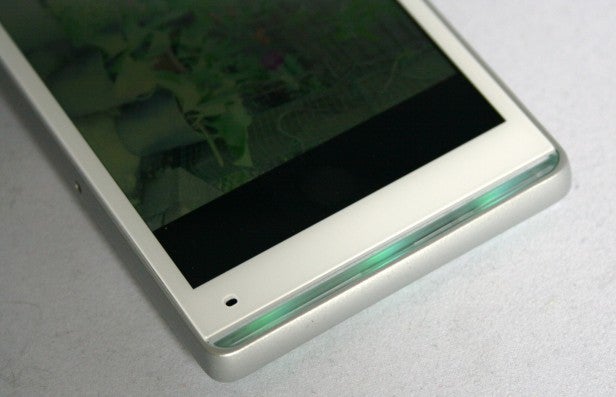 The bar can also illuminate for notifications for stuff like incoming emails and texts. This is helpfully during the day, but it’s too bright to use a night as the three LEDs tend to light up your whole bedroom just because you’ve received a new message. You can turn the light effects off, but it would have been better if Sony had allowed you to set times of day when they can be used and times when they’re disabled.

The SP’s screen doesn’t reach the giddy heights of the FullHD display on the Xperia Z, but it’s still no slouch for a mid-range handset, as its 4.6-inch frame packs in a resolution of 1280×720 pixels.

Sony has added a few extra features to the Xperia SP’s display too. For example, like Nokia’s high-end Lumia handsets, there’s a special mode that you can turn on via the settings menu that lets you use the handset while wearing gloves. The works reasonably well unless you’re wearing very thick gloves. 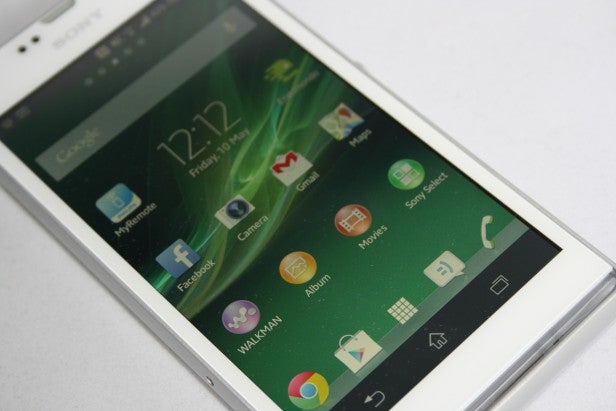 Indoors the display looks quite bright and crisp, but with brightness set to Auto we found it a bit lacking in pop when using it outdoors under direct sunlight. We often ended up having to dig into the settings menu to crank it up a bit. Also, it’s a bit less impressive than we would have liked when it comes to viewing angles, as colours wash out when you tilt the phone up or down in your hand. So, while the display is good, it’s not the best we’ve seen on a mid-range phone.