The SP has both a front facing, basic VGA camera as well as a main 8-megapixel shooter on the rear, so you can use it for video calling if you’re away on holiday and need to check in at home or just want to be able to show off the kids to grandparents that might be living in another country. 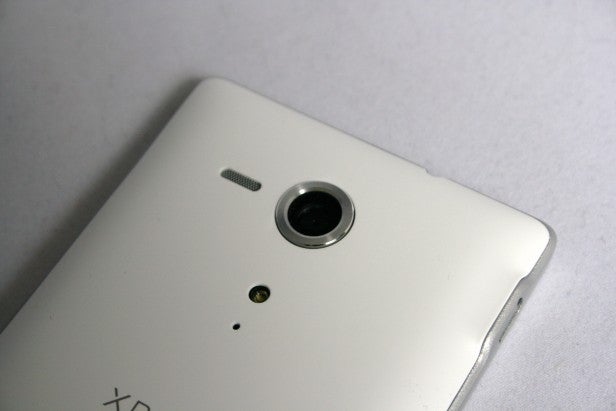 The rear camera has both an LED flash and autofocus. As we’ve already discussed there’s a dedicate camera button that you can hold down to launch the camera even from standby, which is a very handy feature.

Sony has packed the camera app full of various different modes and settings. For example, there are lots of scene presets covering stuff like sports, beach and night time settings, as well as various filter effects. With the latter, the SP is able to preview them all live on the same screen at the same time – impressive stuff. 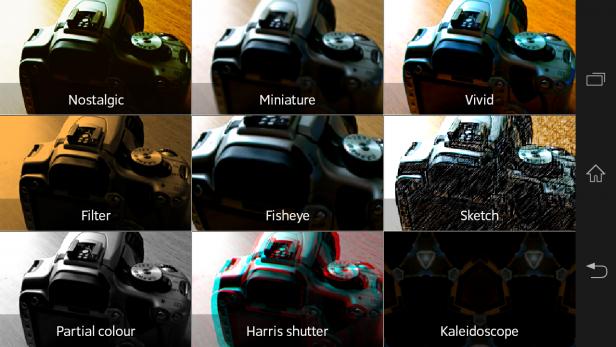 Results from the camera are pretty good. Colours are very rich and bold and if you use the normal shooting mode focus is also sharp. However, on the superior auto mode the camera actually seems to be a little bit worse at focus. The other issue is that there’s quite a bit of noise in captured images. Even on shots taken outdoors on a sunny day you can see noise in elements of the image, such as the blue of the sky.

The SP has 8GB of memory onboard, but after the built-in apps have taken their share you’re left with around 5GB. As a result you’ll probably want to invest in a memory card for the phone’s microSD card slot, which is tucked away under the rear cover. It can take cards of up to 32GB in size, which gives you a decent amount of room for storing media files. 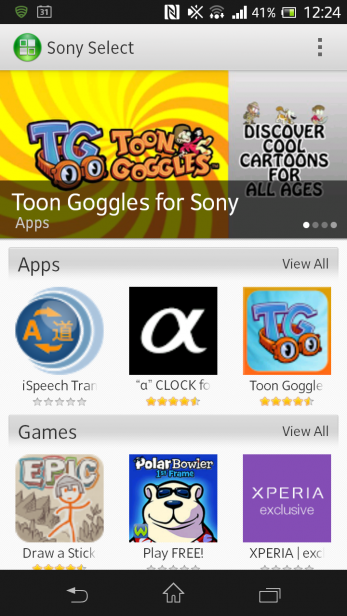 Sony has preloaded a few of its own apps on the phone, but they’re a bit of a mixed bag. Sony Select suggests apps that you might be interested in, but has no real value when there’s Google’s Play store onboard anyway. You also get SocialLife, a sort of news stream made up of Facebook and Twitter updates as well as news feed from various different services. However, it’s rather clunky to use and not really worth the effort.

However, the Walkman music app is rather good, as it’s got an easy to use interface and also gives you plenty of controls over audio thanks to its graphic equaliser and various sound enhancement options, such as xLoud. 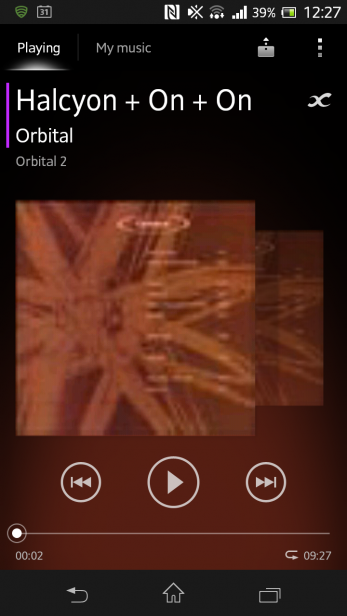 Sony’s video player is also surprisingly useful. It supports a wide range of formats including AVI and MKV files and can automatically sort TV shows and movies into correct folders and name them with series and episode numbers via the Gracenotes database. This is not something we’ve seen other manufacturers try to do in their video apps.

Weirdly, despite the fact that the rear cover of the SP can be removed, this only gives you access to the SIM and microSD card slots. The battery is fixed and can’t be removed. To be fair, Sony has kitted it out with a relatively hefty 2370 mAh battery. Unfortunately, despite this the handset’s battery life is still distinctly average. 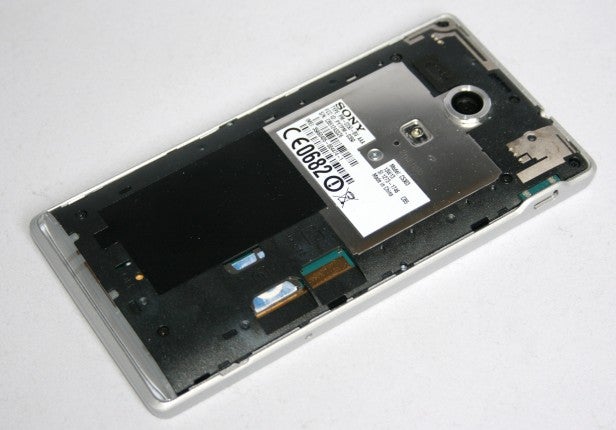 We found we could only get a days usage and no more out of it for the usual stuff like listening to music, tracking runs with the Endomodo app, web browsing and calls. Perhaps this was because we felt we had to up the screen brightness a bit to make it more legible outdoors, but the phone rarely had much charge left at the end of a day.

You can improve things a bit by enabling the Stamina mode in the settings menu, which cheats by turning off mobile data when the screen is off. Thankfully, you can also set up a whitelist of apps that are still allowed to sync in this mode, such as Gmail and Whats App. Still, it didn’t seem to hugely improve battery performance for us. 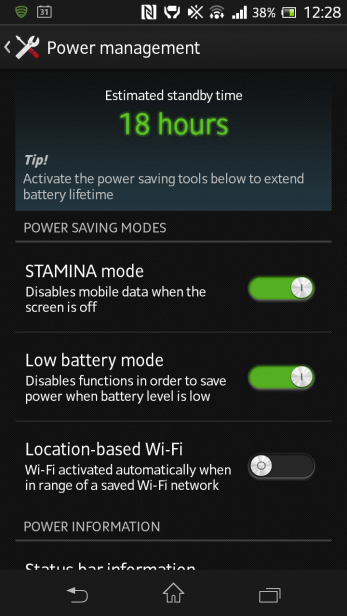 The SP leaves no stone unturned on the connectivity front. It’s got Wi-Fi, Bluetooth, 3G and 4G support (although some other counties will have a presumably cheaper non-4G version) and there’s NFC built-in too. The microUSB port is also MHL compatible, so if you shell out for an adaptor you can use it to feed video to your TV via HDMI. Sony has even added Miracast functionality even through it’s not officially supported by Android until V4.2 – the SP runs V4.1.2 at present.

Miracast is a bit like a standardised version of Apple’s Airplay for video. As we had a Sony Bravia TV in for review at the same time with this feature integrated we were able to try it out. It’s a little bit slow to establish a connection, but it worked flawlessly once the link was set up.

The Xperia SP is a very likeable mid-range phone. It’s reasonably powerful for the price, has a stellar line up of features and looks pretty fly too. However, Sony needs to iron out a few quirks in its software, and the phone’s battery life isn’t quite as impressive as specs would suggest.