The Motorola Motosmart is the company’s super cheapie Android handset that can be bought SIM free for a little over £100. That’s a very low price for a smartphone from a big name manufacturer. However, it’ not exactly short of competition with the likes of the LG Optimus L3 and very impressive Huawei Ascend G300 all hovering around the same price level. So does the Motosmart offer anything those phones don’t, or is it just another low-cost let down?

Design wise the Motosmart isn’t a particularly attractive phone, as it looks overly square and angular. It only has a 3.5inch screen, but Motorola has made this look even smaller by adding a thick bezel around the edge. It’s so thick, in fact, that the phone feels overly wide when you hold it in your hand.  We’re not particularly keen on the slanted cutaway element Motorola has used on the bottom lip of the phone either, and the thin sliver rectangle that frames the central element of the phone has a tendency to glint annoyingly and distract you from what you’re doing on the screen.

There are some positives though. We like the rubberised finish used on the back of the handset and the classy looking grills covering the earpiece and rear speaker. Also the phone feels very, very solid for a budget model, putting even some high-end handsets to shame in this department. 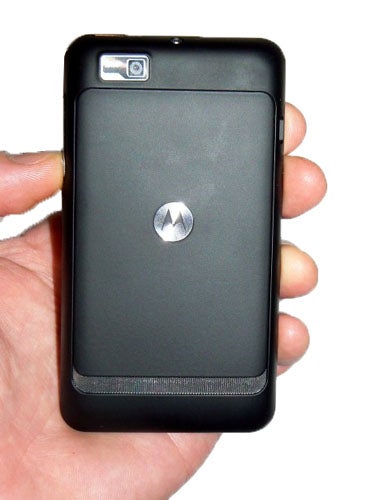 The layout of the buttons is pretty traditional, with a power/lock switch at the top and a volume rocker on the right hand side. There are four nice and responsive touch buttons at the bottom of the screen, for menu, home, back and search, and the headphone jack is placed at the top while the microUSB port is found on the left hand side. 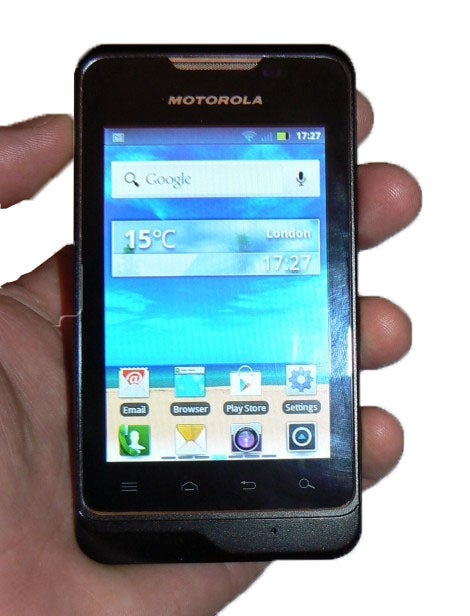 The Motosmart has to make do with a small 3.5inch screen that’s got a pretty limited resolution of 320×480 pixels – fine a few years ago but things have moved on. While it’s okay for stuff like emails and text messages, it’s a bit of a bind when you’re using the Facebook app or Web browser. The limited amount of space and pixels available mean you end up doing a lot of scrolling and zooming, especially compared to the much better, and higher resolution display, found on the Ascend G300. Viewing angles aren’t great either, as it has that weird shimmer that a lot of the screens on budget phone exhibit when you twist them around in your hand.

The Motorola Motosmart is no powerhouse when it comes to its raw specifications. It uses an ARM 800Mhz processor, which is twinned with 449MB of RAM. Other handsets like the Ascend G300 and Orange San Francisco II, which are available for a similar price, have much better base specifications.

Unsurprisingly the Motorola Motosmart is not particularly speedy to use. Sometimes there are noticeable delays as it populates icons on the home screen or when you’re switching between apps. It didn’t do particularly well in benchmark tests either. For example, in Browsermark it posted a score of 17,729, while in Sunspider it crawled along to a result of 12,112. In the Linpack test it managed to hit just 9.87Mflops, while in the GL Benchmark it posted a score of 28fps in the Egyptian classic test. 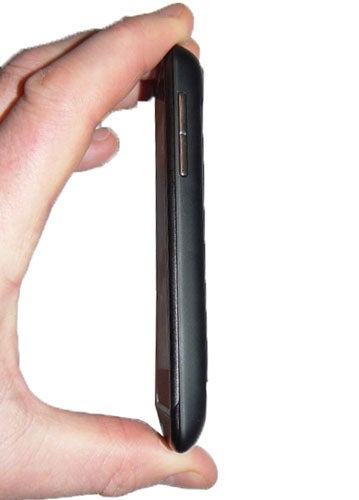 Seeing as Motorola is now owned by Google you’d expect the phone to use a fairly new version of Android. Unfortunately, that’s not the case. In fact the handset runs the very ageing Android 2.3.6, rather than Ice Cream Sandwich or Jelly Bean. It’s also highly unlikely the phone’s OS will be updated in the future, as we doubt its hardware is a capable of running newer and more demanding versions of the OS.

In terms of storage, while there’s only around 128MB of the phone’s own memory free for your own files, there is a 2GB microSD card provided to give you a bit of extra storage, and you can upgrade this to a larger card if you like – up to 32GB.

Motorola has made a few tweaks to the basic look and feel of Android. The lock screen has a handy slider button to turn on and off silent mode. There’s also a key unlock button in the middle and when you press on this it turns into a four way controller that allows you to unlock the phone directly to the dialler, camera, messenger app or just to the home screen.

Interestingly, the homescreen does give you the choice of using it in portrait and landscape modes and you can have up to nine homescreens on the go at any one time, although you’re given seven by default. Pressing the home button twice calls up an overall view of all the homescreens and you can press and drag on one of these to delete it entirely. 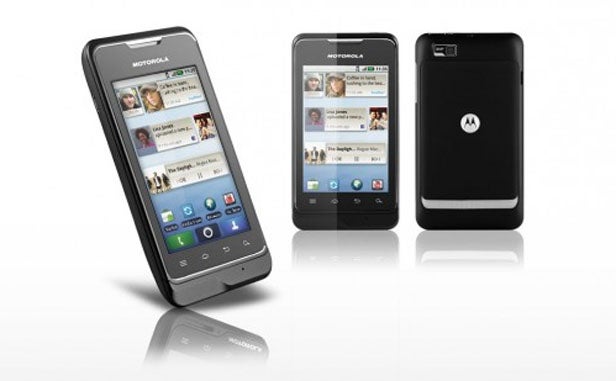 Motorola also supplies a few widgets, including Social Graph, which is a bit like a smart contacts book. It automatically populates with picture icons for the people you contact most often. The notifications tab has also been tweaked, so you can dismiss individual notifications, a bit like you can in Ice Cream Sandwich. However, here you tap on a little red icon to the right of each notification rather than swiping them away.

Flip the phone over and you’ll find a 3.0Megapixel snapper on the rear. It’s very basic, though, lacking both autofocus and any kind of flash. The photos it produces are also below par, even by budget Android phone standards. Shots tend to come out looking very soft and smudgy and it’s not very accurate when it comes to capturing colour either. Thanks to a lack of flash it’s useless in low light too, with the result that snaps taken under less than ideal conditions tend to come out as little more than expanses of black. 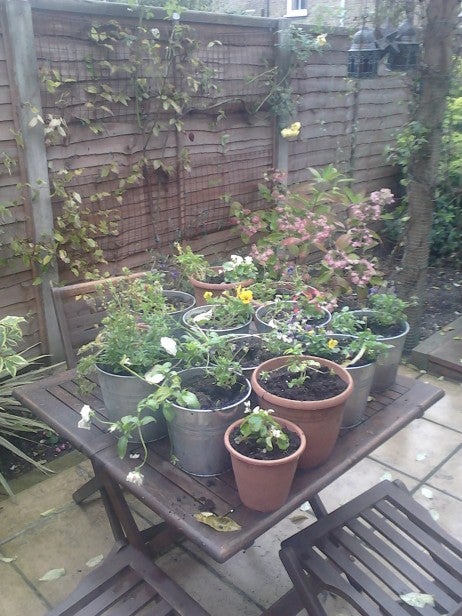 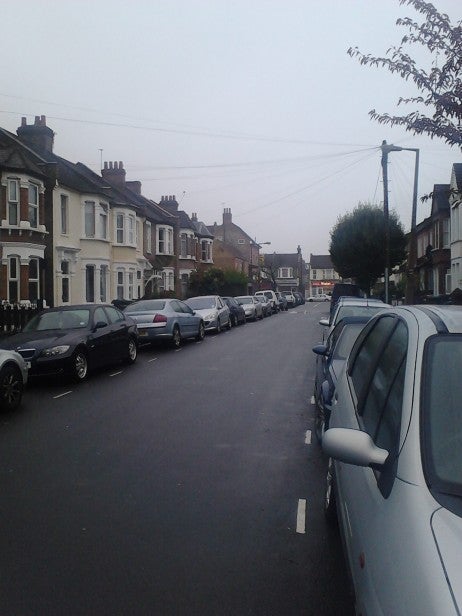 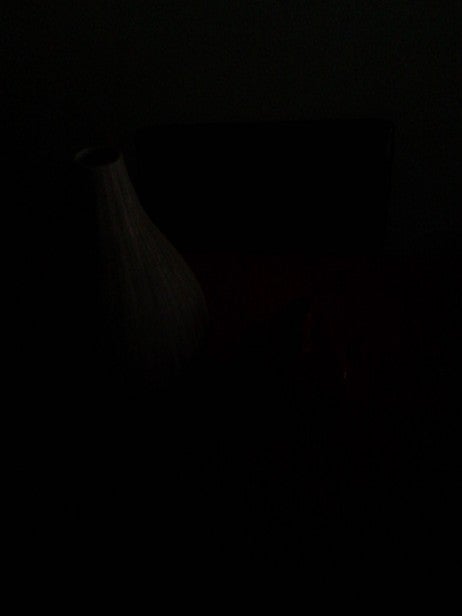 On the plus side, call quality was first rate. It seemed to hold on to calls in poorer signal areas a bit better than most, and it also delivered very clean and crisp audio to the earpiece. We would have expected battery life to be pretty decent, mainly due to the lower specification of the phone’s hardware. However, this wasn’t borne out during our test period. It often struggled to get through a day without needing a recharge, which is poor.

The Motorola Motosmart feels well built and has excellent call quality, as well as some useful tweaks to its admittedly ageing Android software. However, in pretty much every other respect it falls well short of the best budget Android phones. The Huawei Ascend G300, in particular, wipes the floor with this model.