The VPL-VZ1000ES is a home cinema projector with a difference. Actually, it has three differences.

First, its unique ‘lifestyle’ design finds it able to produce huge pictures when placed only inches from your wall, inside a box that looks like a piece of swanky furniture. Second, it boasts a native 4K resolution, which is pretty rare for projectors. Third, it uses a laser lighting system to pump out a claimed maximum brightness of 2500 lumens – enough, it’s claimed, to both support high dynamic range playback and deliver watchable pictures in ambient light.

Sony CEO and President Kazuo Hirai declared at 2017’s CES that he believed the VPL-VZ1000ES represented the future of television. Having now tested the projector for myself, I’m not totally convinced that I agree with him, especially when you consider that the VPL-VZ1000ES costs £17,500. But it’s nothing if not interesting, and its sheer uniqueness will likely make it a popular option among the rich and famous. 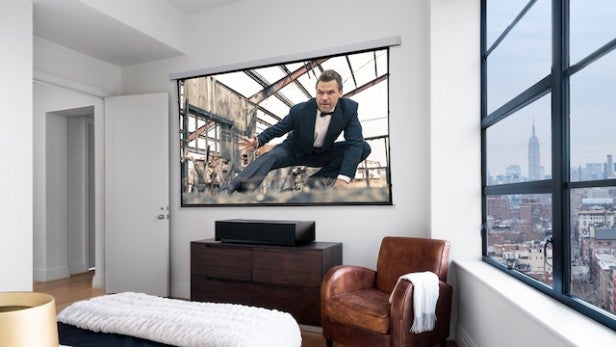 The beauty of the VPL-VZ1000ES’s design is that you don’t really notice it.

For starters, since it’s capable of producing a huge image when placed mere inches from a wall or screen, you can place it right at the edge of your living room space. This instantly makes it far more lifestyle-friendly than a normal projector, which has to be placed metres away from your wall or screen – often slap-bang in the middle of your room.

Also, while the angular black wooden box in which it sits might not exactly be as attractive as your French château-style dresser or neo-classical chaise longue, it’s certainly far easier on the eye than your average high-end projector chassis. Essentially, it looks like a modern sideboard – except for the pictures beaming boldly out of a window on its top edge.

A removable panel down one side provides access to the VPL-VZ1000ES’s connections, and the unit can still be controlled despite its boxed-in form by a normal Sony projector remote.

This remote features bright backlighting, large responsive buttons and an unusually logical layout, making it easier to use than most in a dark room. Ironically, the VPL-VZ1000ES’s isn’t necessarily designed to be used in a dark room! 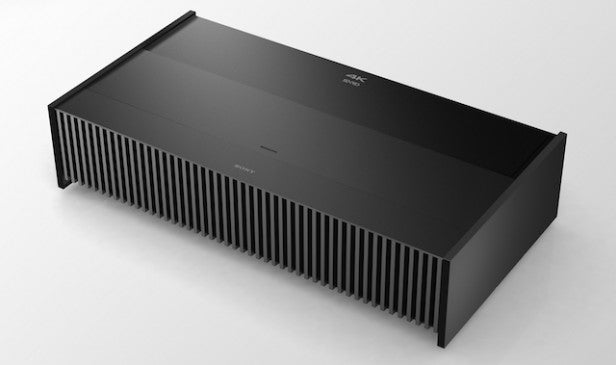 On one level the VPL-VZ1000ES is a breeze to get up and running, for the simple reason that in most cases it will likely be put in place by a professional installer… Such installers will find their job aided, too, by its motorised zoom, focus and vertical/horizontal image shifting – although, hopefully, your installer will use the projector’s professional calibration features rather than simply relying on its built-in Auto Calibration system.

Getting the best out of the VPL-VZ1000ES on a day to day basis is hampered by its desire to be all things to all men, however. In other words, by trying to be both a serious home cinema projector and a lifestyle projector it can be quite difficult to optimise for either scenario.

As you might expect, the Cinema modes are your best bet for a dark room home cinema experience, since they give you the most natural colours and best black levels. However, if you’re trying to watch HDR sources using the Cinema mode, you’ll really need to choose Cinema 2 and pump the laser output setting all the way to maximum if you want it to get even close to coping with HDR’s expanded luminance range.

Pushing up the brightness to try to give HDR more punch isn’t recommended, since it heavily reduces the image’s contrast.

Given that you have to make such a major change to the Cinema settings to make HDR watchable, it’s a pity that the Laser Output setting doesn’t automatically change back down to a lower level when the projector detects that you’ve switched to a standard dynamic range source, as happens with most HDR displays. You have to reduce it manually, or select a different preset you’ve calibrated for SDR playback. 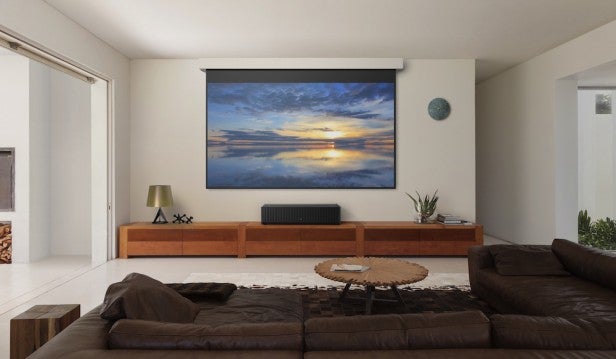 I’d recommend pushing down the brightness to around 43-44 for SDR viewing, since this reduces – although it certainly doesn’t remove – an issue with greyness hanging over dark scenes.

The Standard preset is your best all-round bet if you want to take advantage of the projector’s claimed bright room capabilities, injecting more colour volume and brightness into proceedings. However, even the VPL-VZ1000ES’s maximum laser output of 2500 lumens proves barely enough to make pictures truly enjoyable to watch in ambient light. Certainly, I’d strongly recommend that if you anticipate using this projector in a regularly lit environment, you should partner it with a high-gain screen.

Sony is no longer the only brand offering genuine native 4K resolution projectors – although such models are still pretty thin on the ground, so the 4096 x 2160 pixel count of the VPL-VZ1000ES’s SXRD imaging chips remains a big attraction. Especially when its partnered with such a unique lifestyle design concept.

The VPL-VZ1000ES can also play HDR images in the industry standard HDR10 and upcoming HLG broadcast formats. There’s unlikely to be support for the Dolby Vision HDR format, though, despite this being added to some of Sony’s TVs later this year.

The laser lighting system inside the VPL-VZ1000ES is a key component of its appeal, since it enables the projector to deliver greater brightness (2500 lumens), more light control and a wider colour range than other types of light engine. 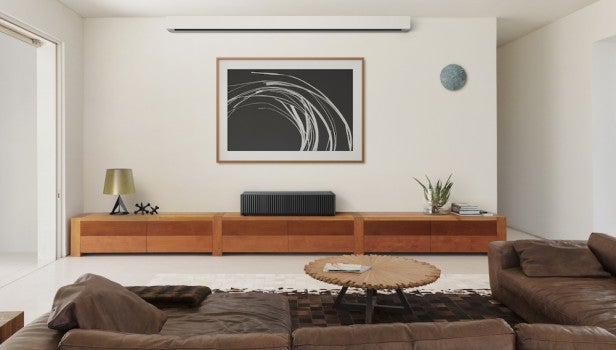 All these laser advantages should serve it well in both coping with HDR content and combating ambient light – especially since the laser light output is combined with Sony’s redoubtable Triluminos colour management technology for both boosting saturation and delivering a wider, subtler range of colour tones.

The VPL-VZ1000ES’s ultra-short-throw design enables it to deliver images up to 120 inches across from a throw distance of just 10.2 inches from a wall or screen, while its ‘boxed in’ design does a great job of reducing audible noise from its cooling fans. Sony quotes 24dB of running noise, but from my experience even this low figure seems pessimistically high.

Connections include four HDMIs capable of handling 4K HDR images at 60 frames a second, as well as 3D if you’re a fan and don’t mind adding the cost of active 3D glasses to the projector’s £17,500 bill.

One bit of good financial news, though, is that since the projector uses a laser lighting system, you won’t have to keep replacing lamps like you do with normal projectors. In fact, the VPL-VZ1000ES’s laser is reckoned to be good for at least 20,000 hours.

One final feature to note is the return of the gaming-friendly Low Latency mode, seen on other recent Sony 4K projectors such as the VPL-VW550ES. This turns off some parts of the video processing to achieve a very respectable input lag figure – the time it takes to render received image data – of under 30ms.