The Sony VPL-VW760ES is the brand’s most affordable laser-lit, 4K-resolution home cinema projector. Although when I say affordable, I’m still talking about £15,000. Not exactly mainstream, then.

It is, however, the first home cinema projector for less than £50,000 that delivers a truly satisfying high dynamic range (HDR) performance. And on that basis, its £15,000 asking price actually ends up looking cheap. Honestly.

The Sony VPL-VW760ES sports the same elliptical shape from the front that all Sony 4K projectors have deployed to date. It’s larger than most home cinema projectors, although smaller than Sony’s legendary £50,000 VW5000ES. 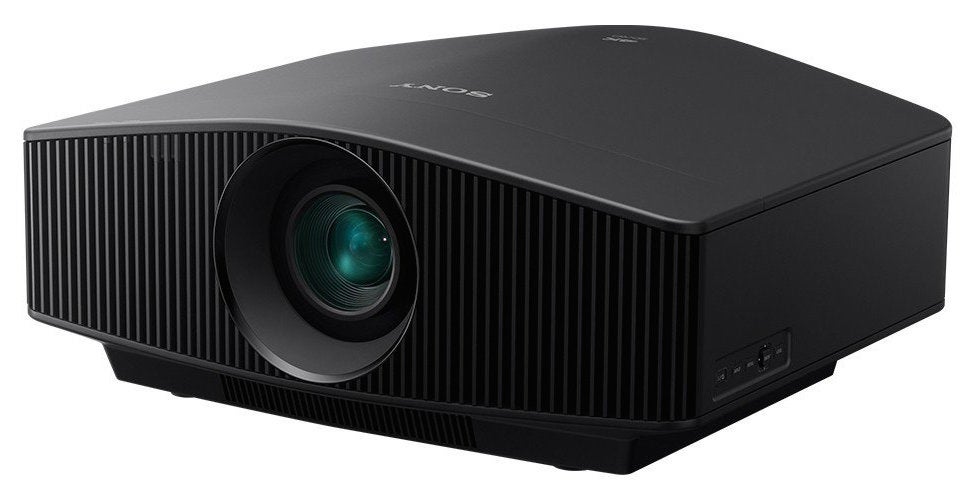 The bodywork is robust if not particularly glamorous, and its weight hints at high-quality innards throughout. The centrally mounted, slightly recessed lens is made of high-grade glass, to ensure it delivers all those tiny details you want to see from a native 4K projector.

An attractive grilled finish to the front and rear hints at a pretty heavy-duty cooling system – as you’d expect with a projector that uses laser technology.

The lens is fully motorised, and controlled via an excellent remote control. Just about every feature of the VW760ES enjoys a dedicated button, and the remote’s large size, bright backlighting and thoughtful layout make it exceptionally easy to use – even in a dark projection room.

The main explanation for the VW760ES’s five-figure price is its use of laser lighting. This delivers a claimed maximum brightness of 2000 lumens – around 30% more than Sony’s non-laser 4K projectors muster. It also promises 20,000 hours of life versus the 2000-5000 hours you get from one of Sony’s traditional projector lamps.

Crucially, Sony  claims that its processing can control the light output of the laser effectively enough to deliver an essentially infinite contrast ratio. This won’t, of course, be achievable in any real-world scenarios. But it’s a thought-provoking and promising claim nonetheless. 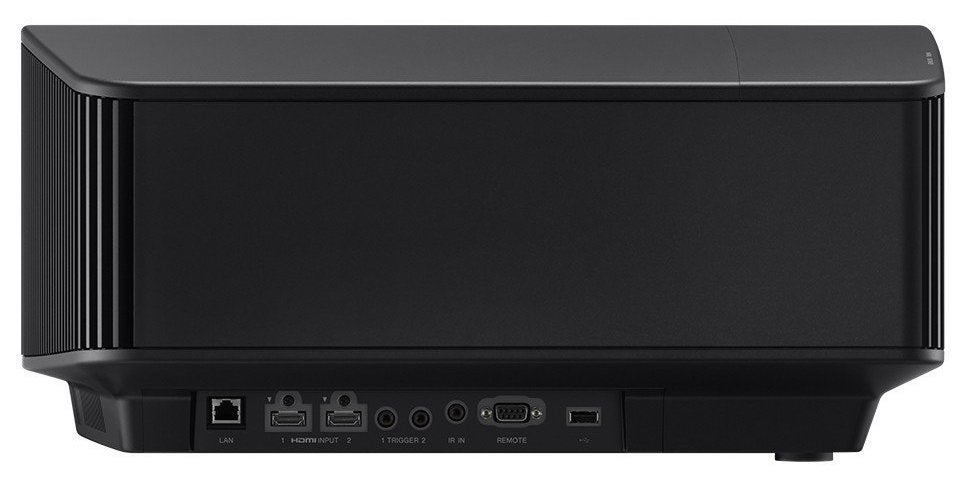 The laser lighting should also help the VW760ES deliver a wider colour palette than typical projector lighting systems. Especially since it works in conjunction with Sony’s Triluminos colour tone processing. This should all prove helpful, of course, with the wide colour technology associated with most HDR sources.

Also important to stress is that the VW760ES is a true 4K projector. It carries three of Sony’s SXRD chips, and every one of those carries a native pixel count of 4096 x 2160. There are no ‘eShift’ or similar pseudo 4K shenanigans in play here.

Why is its native resolution 4096 x 2160 rather than the 3840 x 2160 usually associated with 4K displays? Because it uses the ‘true’ 4K pixel ratio found in 4K digital cinema projectors. Don’t worry,  this doesn’t mean the VW760ES distorts the aspect ratio of your films. It just doesn’t use every available pixel.

HDR support comes in HDR10 and HLG flavours. There’s no support for the advanced Dolby Vision or HDR10+ formats, but that’s no surprise. No other projector supports these formats, either. In fact, at the time of writing, there’s been no attempt to develop DV or HDR10+ standards for projectors.

As is usual with premium projectors, the Sony VPL-VW760ES offers some pretty powerful video processing. MotionFlow, for instance, offers options for interpolating extra frames to reduce blur. Plus there’s a True Cinema mode that retains – very effectively, I might add – the native 24fps you get with most 4K Blu-ray movies.

Then there’s Sony’s proprietary Reality Creation processing for enhanced upscaling of non-4K sources. This even works with 3D playback.

Yes, that’s right, I said 3D playback. For while 3D might have disappeared from the TV world, it’s alive and well on this high-end Sony projector. It’s delivered via a built-in 3D transmitter – but you don’t get any free 3D glasses in the box, even for £15,000. And I didn’t get sent any for this review. 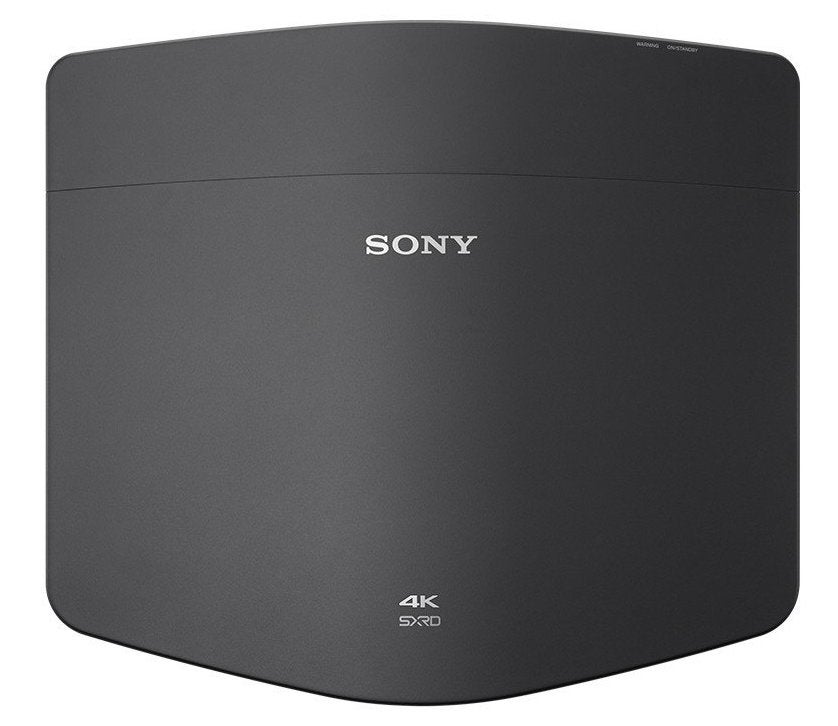 The VW760ES’s connections are quite awkwardly tucked under one of the projector’s sides. They included two HDMIs, two 12V trigger outputs, an RS-232 control port, a mini-jack IR input, and a powered USB port.

Happily, unlike Sony’s cheaper projectors, both HDMIs support 18Gb 4K HDR streams. This means they can play 4K HDR content at up to 60Hz rather than just 30Hz.

For such a high-end projector, the Sony VPL-VW760ES is strikingly easy to get up and running. Its high-quality lens is completely motorised, and provides vertical and horizontal optical image shifting to reduce the likelihood of you needing to use image-distorting keystone correction system.

The zoom and focus movements are extremely smooth and precise, and there are plenty of options for integrating the VW760ES into a wider home control system.

Getting great pictures out of this projector is pretty straightforward, too. The Cinema 1 preset gives a strong HDR or standard dynamic range picture right out of the box, with Cinema 2 reducing brightness slightly for people willing to sacrifice a little HDR punch in return for marginally deeper black levels.

Personally, I preferred Cinema 1; it gives you a punchier HDR experience. But being provided with two very watchable picture presets off the bat requiring minimal input on your part is admirable. Although, if you do fancy fine-tuning the picture further, the VW760ES provides a pretty comprehensive suite of calibration options.

While a full calibration should be left to a professional, there are two settings with which everyone should acquaint themselves. First, I strongly recommend using the MotionFlow processor on its True Cinema setting for the most cinematic look to motion. 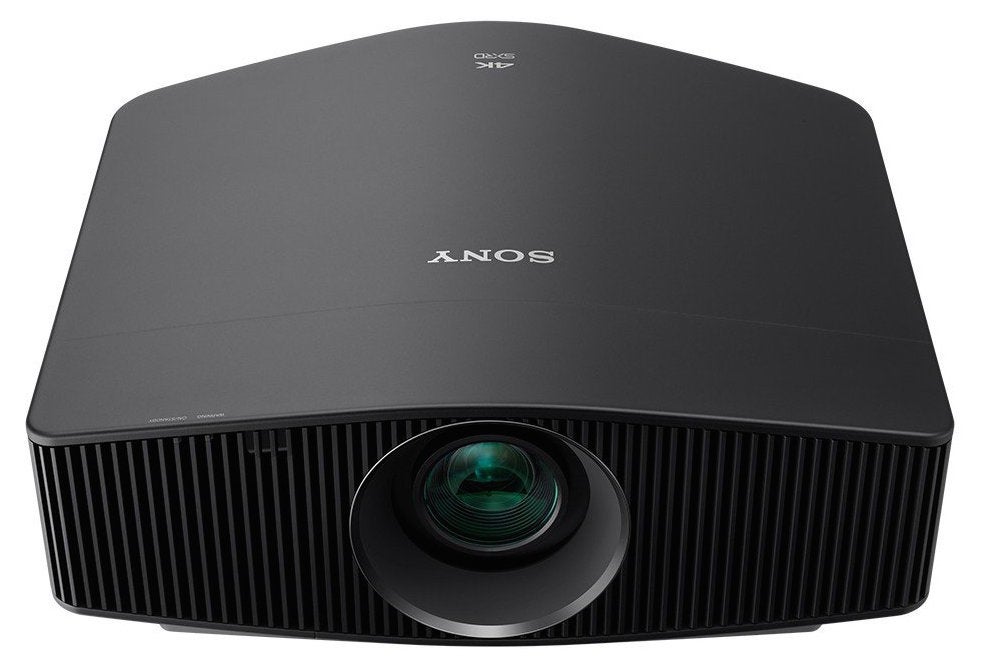 Second, if you want HDR images to have a bit more punch, without black levels taking a big hit, try tinkering with the Contrast (HDR) setting. This adjusts the way HDR tone mapping works, rather than just tweaking contrast in the normal way. It enables you to sacrifice a little dynamic range in return for a higher brightness level. And vice versa.

While image purists might bristle at this feature, the simple reality is that it’s a brilliantly thoughtful touch that can make HDR much more satisfying and watchable. HDR is, after all, designed for televisions, not projectors, so trying to deliver HDR effectively on any home projector is an exercise in compromise. And as compromises go, the Contrast HDR feature is a very good one.

The Sony VPL-VW760ES’s main claim to performance fame is simple but profound: it delivers the most convincing HDR performance I’ve seen on any projector for which you don’t need to remortgage your house.

For starters, HDR’s expanded brightness range enjoys a fantastic foundation on the VW760ES in the shape of the deepest black levels I’ve seen on any projector, bar some of JVC’s non-laser DLA models. Dark HDR scenes or picture areas look convincingly black, with minimal sign of the ‘grey mist effect’ in evidence on most rival HDR projectors (apart, again, from JVC’s non-laser models).

Impressively, the convincing black levels remain intact even when a shot contains a strong mix of bright and dark content. Even better, dark picture areas retain excellent levels of shadow detail and deep colour information, no matter how extreme in contrast a particular HDR image might be.

The VW760ES’s superb black level performance is accompanied by some startling brightness by projection standards. Classic HDR material such as shots of the sun, reflections of sunlight on skin and metal, artificial lighting and daylight skies all looks significantly punchier and brighter on the VW760ES than in standard dynamic range.

This might sound only to be expected. In reality, though, it’s by no means certain that HDR images will look overall much more vibrant and bright on a projector than SDR ones do. I’ve tested projectors where HDR images regularly look darker than SDR ones, due to the projector having to reduce its baseline brightness to accommodate more of HDR’s wider light range.

With the VW760ES, though, HDR truly feels like the big step up in picture quality it’s supposed to be. Especially if you raise the Contrast HDR setting to boost brightness at the expense of a little dynamic range.

The ability of this projector to deliver both more HDR-friendly brightness and more contrast than any other unit in anything like the same class is testament to how well Sony’s processing control the laser output. The laser output adapts itself so instantaneously, too, to jump from bright to dark images (and vice versa) that you hardly ever notice it lagging behind the action.

The VW760ES also unlocks more than a mere sense of the wide colour technology that accompanies HDR sources. There’s an extra vibrancy to bold 4K Blu-ray colours that goes beyond simply the fact that there’s more brightness than usual underpinning them. This is an advantage, I presume, of the laser lighting and Sony’s Triluminos processing.

The extra colour saturation doesn’t stop the VW760ES delivering enough colour subtlety to unlock every detail of 4K images. Nor is there any colour banding, and colour tones consistently look balanced, nuanced and natural.

It’s testament to the VW760ES’s HDR and colour properties that I only got round to mentioning resolution in the previous paragraph. With any other projector I’d have been raving about its phenomenal sharpness and pixel density right from the start.

Provided you have the three Sony SXRD chipset aligned well (they were pretty much spot on out of the box with my test sample), the VW760ES delivers a mesmerisingly crisp, textured image with native 4K sources. 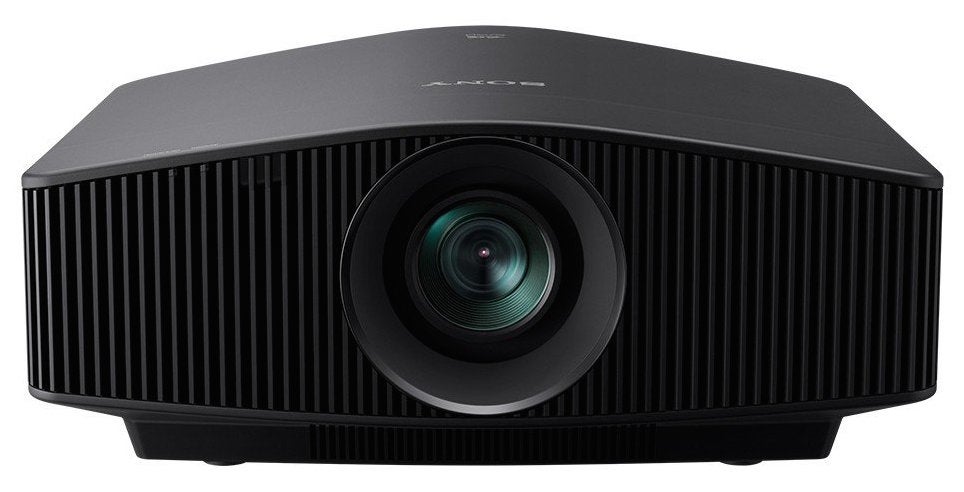 Even a model as mighty as the VW760ES can’t solve all the projector world’s HDR issues. Sometimes, dark objects that appear against a bright HDR backdrop can look low on detail – like silhouettes. Also, while the VW760ES can open up more of HDR’s light range more effectively than any other sub-£30,000 projector, even its brightest images fall way short of the HDR impact you get from the best HDR TVs.

The VW760ES’s HDR pictures are still supremely watchable, however. Uniquely so, in fact. And as the icing on the cake, this HDR prowess is delivered with impressively little accompanying fan noise.

Clearly not everyone will have £15k lying around to splurge on a home cinema projector. That doesn’t mean the Sony VPL-VW760ES isn’t still a bargain for what it offers, however. After all, it’s more consistently watchable than either the Sim2 Nero 4 UHD or the JVC DLA-Z1. And those rivals cost £30,000 and £35,000 respectively.

In truth, there’s nothing for £15,000 or less that can touch the VW760ES’s picture quality. If you just can’t stretch to £15,000, then JVC’s £8500 DLA-X9900 uses hand-selected components to deliver a gorgeous, contrast-rich image with better black levels than the VW760ES. But it isn’t nearly as bright for HDR as the Sony, and only provides a relatively soft ‘pseudo’ 4K resolution.

Sony’s own VPL-VW360ES, meanwhile, delivers similarly sharp 4K pictures to those of the VW760ES for £7999. Again, it isn’t as bright or contrast rich, and it lacks the VW760ES’s lens quality and processing power.

If you can find enough cash and a dedicated movie room, the VW760ES is pretty much a home cinema miracle.