This is huge news in itself for the legions of fans – myself included – that JVC has earned over the years for its wonderfully contrast-rich D-ILA projector technology. The THX-certified Z1 also boasts a laser lighting system capable of delivering up to 3000 lumens – just enough brightness to make the projector ground-breakingly good with the high dynamic range and wide colour range technologies that have joined 4K over the past couple of years.

The only problem is the price: securing the Z1’s next-generational services will set you back £35,000…

As the dull ache in my lumbar region will attest, the DLA-Z1 is one of the biggest, heaviest projectors I’ve ever hoisted onto my test bench. At nearly 38kg, it’s more than twice as heavy as the recently tested BenQ X12000 – and that was itself something of a beast by projector standards. 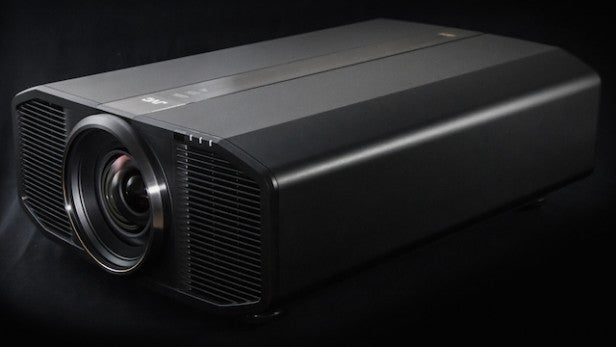 As a result of the Z1’s W500 x H235 x D720mm proportions, far more of the device dangled over the edges of my projector stand than I felt comfortable with – especially considering how much the projector is worth.

However, as its weight would suggest, the Z1’s build quality is imperious. It also isn’t as ugly as you might have assumed from its room-devouring dimensions, benefiting from a sleek, polished stripe down its elongated back, and a squared-off elliptical shape reminiscent of JVC’s more mainstream projectors.

The huge lens at the centre of the front edge is a design feature in its own right, raising hopes that JVC has gone for an uncompromising lens system capable of delivering a native 4K pixel count with flawless uniformity.

I was a little disappointed to discover that the Z1 ships with the same remote control you get with JVC’s more mainstream projectors; I’d expected it to come with a high-end handset. That said, JVC’s standard projector remote is actually very good, thanks to its combination of a bright backlight and one of the most spacious and logical layouts in the business. 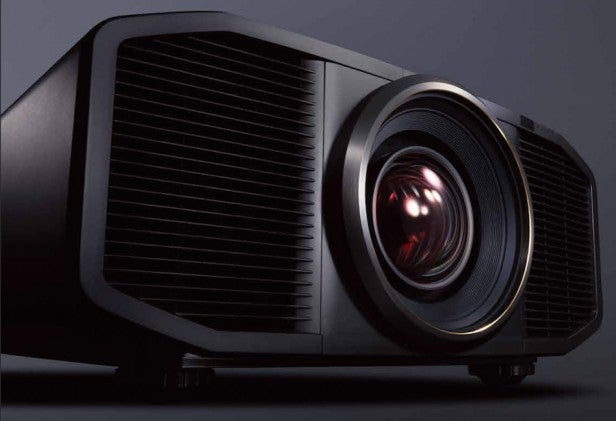 While the Z1 is overflowing with calibration features and processing options, it also has a decent selection of picture presets. They include an HDR Picture mode that defaults to an HDR Color Profile, HDR colour temperature, and an HDR (ST2084) gamma setting.

Each element of these settings can be fine-tuned, and if you’ve spent this much on a projector then it’s worth splurging a little more in order to get the Z1 professionally calibrated. If you’d rather just tweak things yourself, however, there are a few things I strongly recommend you pay attention to.

The most important of these is to increase the brightness when watching HDR. I settled on around level 3, with contrast also slightly increased to three. I’d recommend turning off everything in the ‘MPC’ pixel control menu when watching native 4K content, since unlike JVC’s ‘e-shift’ pseudo 4K models, the Z1 really doesn’t need any help to deliver a good 4K image.

Personally, I found no need to leave any of the blur-reduction processing tools on either, except for activating the Low Latency mode when using the projector as the World’s Most Expensive Gaming Monitor. 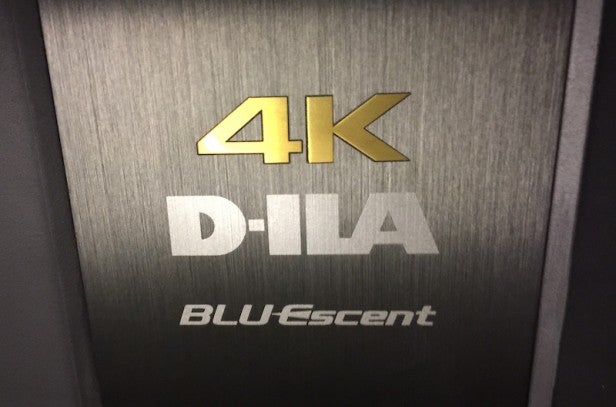 The Z1 delivers two significant firsts for JVC. It’s the brand’s first fully native 4K projector for the domestic market, and also its first domestic projector to use a laser lighting system.

JVC proudly points out that its native 4K pixel count is squeezed onto the smallest chip of any 4K projector launched to date, making it potentially able to produce a brighter, more smoothly finished image than projectors using bigger chipsets.

The laser lighting helps the Z1 produce a wider colour range and overcome the brightness limitations that have traditionally been the only catch with JVC’s D-ILA models.

Actually, the JVC claims the Z1 can hit a full 100% of the DCI-P3 digital cinema colour range, and a ground-breaking 80% of the BT2020 HDR colour spectrum established for home use, aided and abetted by a claimed maximum light output of 3000 lumens.

This is up 50% on the brightness of any previous D-ILA home model. Hopefully, this will be enough to help the Z1 do a much better job with HDR playback than the over-dark efforts of JVC’s previous, vastly more affordable ‘HDR-capable’ projectors. 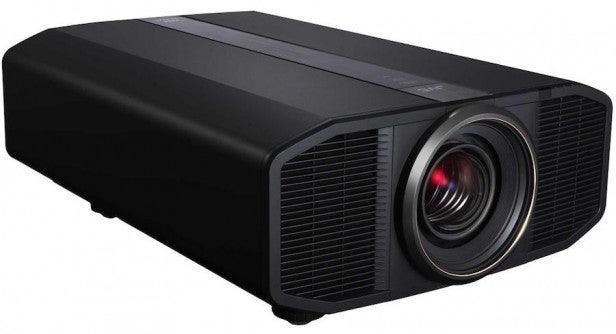 Combining laser lighting with JVC’s contrast-rich D-ILA technology also enables JVC to claim an infinity:1 contrast ratio for the Z1. To be honest, any mention of infinity anything where video technology is concerned is best accompanied with a roll of the eyes.

The laser lighting system in the Z1 also promises a huge 20,000 hours of working life, and it’s fired through an 18-element, 16-group, all-glass lens array. There are also five Extra-Low Dispersion lenses to ensure that the image’s 4K clarity isn’t impacted by any lens uniformity errors.

The Z1 is already capable of supporting the new Hybrid Log Gamma (HLG) high dynamic range format, as well as the industry standard HDR10 – although it doesn’t seem there will be any support for Dolby Vision’s dynamic metadata HDR platform.

Finally, to the Z1’s connections, which include two up-to-the-minute HDMIs. These are capable of handling 18Gbps data flows to support 4K at up to 60 frames a second using full 4:4:4 chroma sub-sampling. Plus, there’s an input for a sync transmitter for 3D viewing (not supplied for review), as well as the RS-232, LAN and trigger ports for integration into home control systems that you’d expect of any high-end projector these days.

Next
Picture Quality and Conclusions Review