After the unexpected disappointment of Sony’s flagship 55-inch HD TV for 2014, the Sony 55W955, the picture quality from the 65X9005B is so spectacularly brilliant we want to hug it.

The main source of our joy is the set’s outstanding black level response. The grey misting problems of the 55W955 are almost completely obliterated, and because the Sony 65X9005B doesn’t have to work so hard to overcome contrast weaknesses in the core panel its local dimming engine is also much more effective at boosting contrast without causing the light blocking or flares sometimes seen with local dimming in edge LED configurations. So long as – and this is crucial – you don’t set the LED Dynamic Control setting higher than its Low option.

The uniformity of the 65X9005B’s deep black level response is also admirable for a screen of such vast proportions, with our eyes unable to detect any serious clouding problems provided you stick with the relatively low backlight setting automatically selected by the Cinema presets when you’re watching films.

The 65X9005B’s black levels aren’t, perhaps, significantly deeper than those of last year’s 65X9005A. But they’re still outstanding, and crucially they’re able to share the frame with punchier bright elements than you got with the X9005As, thanks to the new X-Tended Dynamic Range functionality. 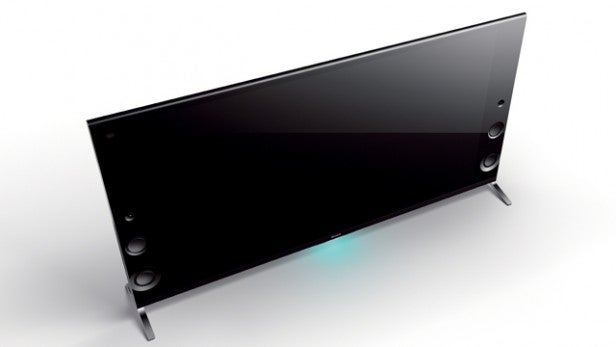 For us the Cinema 2 preset, which boosts the dynamic range when watching films, occasionally causes a problem whereby the darkest parts of pictures can look a little forced and exhibit a gentle bluish hue over them, drawing undue attention to themselves. Because of this we tended to prefer a massaged version of the Cinema 1 preset to the Cinema 2 one when watching predominantly dark films. But for more ‘normally lit’ fare the Cinema 2 setting will likely strike most viewers as the most engaging preset option.

Despite achieving brilliantly dark black levels, the 65X9005B also reproduces fantastic amounts of detail and greyscale subtlety in dark parts of the image, making even the darkest scene feel full of depth and texture. It’s important to say, too, that the 65X9005B’s contrast and light uniformity are less viewing angle sensitive than they were with its predecessor.

Then there’s the 65X9005B’s colour. This was remarkable on the 65X9005A thanks to the first generation of Triluminos technology, but on the 65X9005B the expected extra colour range and vibrancy has been joined by a new level of maturity that finds the extra colour gamut being put to better use in revealing the tiniest colour subtleties of a source rather than just ‘showboating’ by pushing heavy saturations harder.
The result is a picture that looks more colour-balanced and even more detailed and refined than that of the 65X9005A.

Talking of detail… It’s actually a testament to the stellar quality of the 65X9005B’s pictures that we’ve only now, many paragraphs into the picture quality section, got round to talking about the aspect of this 4K set’s pictures that should really be its star attraction. Rest assured, though, we haven’t dodged discussing detail for so long because there are any problems in that department.

On the contrary, the 65X9005B’s sharpness and detailing is even better than it was last time round. This is especially true with upscaled HD material, which now looks even closer to native 4K than it did previously thanks to the extraordinary finesse with which the 4K X-Reality Pro is able to boost HD resolutions without excessively exaggerating source noise.

To be clear, the 65X9005B can still deliver gritty pictures with sources deliberately shot to look gritty. What we’re saying is that the noise remains at original levels of intensity rather than being exaggerated into a distracting filter over the image as it can be on TVs with less able upscaling systems. The upscaling works particularly effectively with Blu-rays that have been mastered in 4K, thanks to the specific algorithms and enhanced colour resolution the 65X9005B applies to such sources. 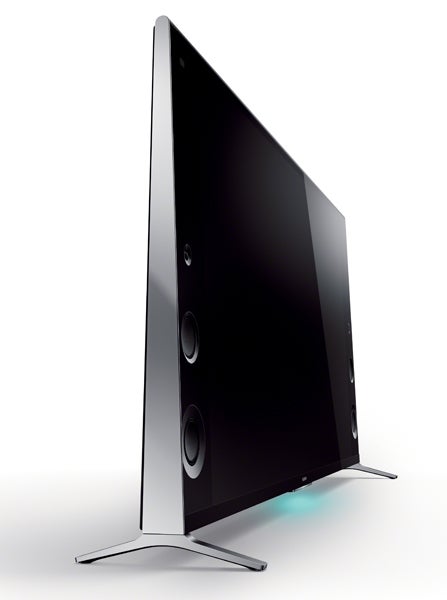 Native 4K feeds, though, should inevitably be the star of the 65X9005B’s show. And they look just scrumptious.

Sorry if this isn’t a particularly scientific word, but it’s the first one that sprung to mind as we stared agog at the 4K loveliness before us, so we just went with it. Detail levels are mesmerizing, colour resolution is perfect, there’s not a trace of pixel structure in the image even if you stick your head within an inch or two of the screen.

Also stunning is the extra depth native 4K delivers with shots showing long-range views, thanks to the way the screen can resolve smaller details resulting in less flattening ‘blurring’ than you see with even the best HD images. As usual, the best way we can think of to explain the shift from HD to native 4K is that it feels like you’ve gone from watching a TV to looking through a window.

So what, if any, problems did we manage to uncover with the 65X9005B? Well, aside from the tendency of the Cinema 2 preset to sometimes overcook contrast expansion with some very specific types of dark scene content, we sometimes noticed a faint glowing strip down the extreme left and right sides of the picture during mid-bright sequences. The relatively naturalistic lighting of Captain Phillips was particularly susceptible to this issue – though even here we wouldn’t class it as a serious distraction.

It is possible, too, to upset the black level if you stick with too high a backlight setting, as this can lead to some backlight clouding. So basically, don’t do it.

The only other issue is that for some reason Sony’s mostly brilliant auto adjustment system for selecting the best presets comes a slight cropper with sports footage, tending to over-sharpen the action so that it looks fizzy and expanding the dynamic range too much so that it can be hard to make out the player numbers of clubs that wear bright shirts.

This doesn’t take much work to correct, though, and frankly if this is the extent of the problems we can find, we’re clearly struggling to make any sort of dent in the 65X9005B’s outstanding picture prowess.

Used as the main TV for the review period
Tested for more than a week
Tested using industry calibrated tools, discs and with real world use
Tested with broadcast content (HD/SD), video streams and demo discs
Previous
Sony KD-65X9005B Review Next
3D, Sound and Verdict Review