Having seriously struggled to find anything negative to say about the 65X9005B’s 2D pictures, it’s quite a bit easier to see problems with its 3D ones. The main one is crosstalk. Distant objects, or even some quite foreground objects if they appear starkly against a dark background, betray clear evidence of the double ghosting problem so long the bane of active 3D’s existence. You can reduce the impact of this a little if you set the 3D Glasses Brightness to Low rather than the Auto default, but it’s always more apparent than we’d like it to be.

The other more surprising issue is that 3D images don’t look as ‘4K’ as we might have hoped. Certainly the Samsung UE65HU8500 delivers a much more detailed, crisp finish with our 3D Blu-ray titles. Even the on-screen menus look lower resolution in 3D mode on the 65X9005B than they do with 2D.

To be fair, the Sony’s images don’t actually look soft. And we’d also say that some may prefer the ‘smoother’ look of the Sony 65X9005B’s 3D images to the rather noisy 3D images of the Samsung (if you stick with its presets). But we can’t help but get greedy for resolution when we’re testing a 4K TV, so we did find ourselves wishing the 65X9005B’s 3D pictures were at least a bit crisper.

The set does score a palpable hit with the brightness and superb colour vibrancy of its 3D pictures though, even with the glasses brightness set to low. And its sense of depth is generally well delivered except for where crosstalk upsets things. 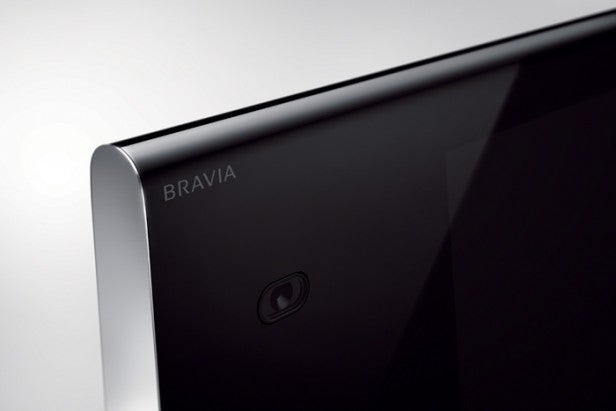 If anything the Sony KD-65X9005B’s sound is even more incredible than its picture quality.

We were potently reminded by the 65X9005A of just what a difference a good set of front-firing speakers can make to sound quality, but the 65X9005B improves on the audio efforts of its predecessor in every single way to deliver not only easily the best sound we’ve heard from a TV but sound quality good enough to humble many external soundbar and sound base solutions.

Particularly extraordinary is how much bass the set is able to deliver via the meaty woofer hidden away on its rear. You can add an external wireless subwoofer to the set if you wish, but the huge depth and impressive timing of the built-in speakers will probably mean you won’t feel the need to introduce any extra bass with an external speaker. Especially as the massive bass response is achieved without any ‘phutting’ or cabinet rattle.

Even better, the bass doesn’t overwhelm the rest of the soundstage for the simple reason that the other speakers in the set are also incredibly powerful for built-in designs. The four lower front-firing drivers produce a wide-open, detailed and wonderfully warm mid-range while the two tweeters do a fabulous job of reproducing the sort of treble detailing that brings soundtracks to life.

The soundstage is wide enough to create at least a vague sense of surround sound without losing any sort of cohesion meanwhile, and dialogue feels perfectly locked to the on-screen action without feeling dislocated from the rest of the mix.

Finally, we pushed the 65X9005B’s amazing audio to volume levels that frankly started to scare us, and still there was no hint of the system breaking down. Sensational stuff.

The 65X9005B sports a built-in camera tucked away in the upper left side of its fascia for easy access to the TV’s Skype features. These include face recognition and tracking, and in conjunction with the set’s Social View technology allow you to call friends and video converse with them while you continue to watch TV. The idea being, of course, that you can watch the latest football match or Britain’s Got Talent episode while chatting about it with a mate or two.

The prospect of being able to game on a screen as magnificent as the 65X9005B is enough to make us feel giddy. So we’re overjoyed to find that Sony’s 4K hero only suffers with 33ms of input lag. Compared with the fantastic 10-20ms lag times found on some of Sony’s cheaper TVs this year we guess 33ms looks a little high. But 33ms is still low enough not to significantly damage your gaming skills, and is actually very respectable indeed for a TV having to employ the sort of  huge processing loads required to upscale HD gaming feeds to the screen’s 4K resolution. 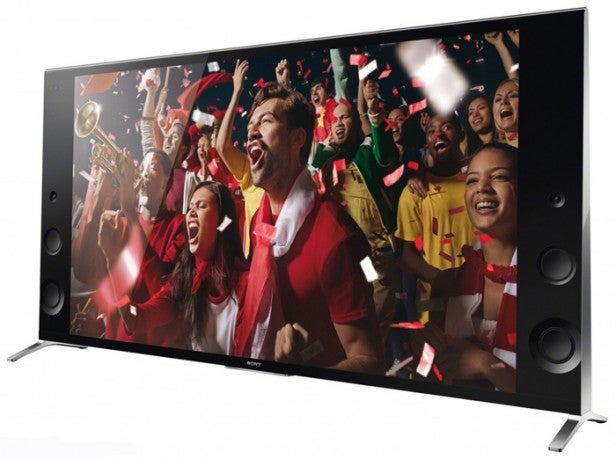 If you have this kind of money to spare, not blowing it on a Sony 65X9005B seems almost criminal. With its 4K resolution and spectacular audio taken into account it’s pound for pound the best all-round performing TV we’ve tested to date – and yes, we’re including some pretty illustrious HD plasma competition in this comment.

It’s only serious rival so far this year – bearing in mind that we’ve yet to see the latest offerings from Panasonic and LG – is the Samsung UE65HU8500. Samsung’s set will win some hearts thanks to its slim-bezelled and curved design, and its pictures are also brilliant. It’s easier to get the best out of the Sony’s images, though, and Sony’s audio is way ahead of its Korean rival. Plus, rather handily, at the time of writing the 65X9005B costs a cool £400 less than the UE65HU8500.

For these reasons the Sony KDL65X90005B is the benchmark from which all 4K TVs, actually all TVs, will be judged for the foreseeable future. It’s a gem.

Sony has set a new and very exciting benchmark for 4K TVs. If you have the money to buy a ‘high-end’ TV this year, it has be to be on your list… probably at the top of it.

Next, read more TV reviews or head to our best TVs round-up