The basic problem is simple and glaringly obvious: seriously flawed black level response. Dark scenes exhibit a pretty strong infusion of tell-tale low-contrast greyness over most parts of the image that should look black, making them look instantly less convincing and cinematic than they should at this level of the TV market. 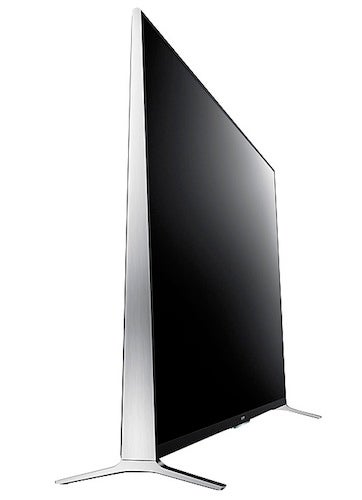 The problem is particularly dire if you turn off the LED Dynamic Control dimming system, at which point black levels look like they could be coming from some entry level set, frankly, rather than Sony’s full HD flagship. Thankfully turning the LED Dynamic Control feature up to its highest Standard setting does improve things without, thankfully, causing much evidence of the light striping and blocking sometimes seen around bright objects on edge LED TVs that use local dimming.

However, even with the LED Dynamic Control system at its highest level, black level response isn’t nearly as assured and convincing as it should be on such an expensive TV. Plus the Standard LED Dynamic Control setting causes some at times pretty significant brightness instability.

The general greyness in dark pictures is sufficient to lose some shadow detail during very dark scenes, despite the image’s generally very bright nature. And we even spotted a little backlight clouding/inconsistency at times too.

Another issue that troubled us when watching dark scenes is that the screen seems rather reflective of bright objects in your room. As a result you’d be advised to try and darken your room as much as you can when watching a film on the 55W955B. But ironically if you do that, the black level deficiencies become more obvious.

To be fair to the 55W955B, in every other way bar black level response it’s a great performer. Surprisingly, for instance, its colour handling survives the contrast woes more or less intact, as Sony’s Triluminos system, strong colour processing and a deft touch when it comes to blends and skin tones ensure you get to see a really rich and detailed but also realistic colour palette. 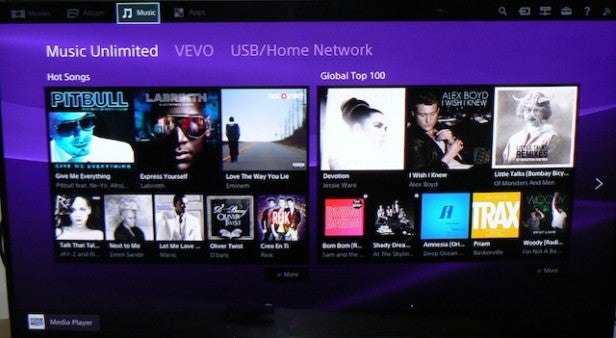 The set is bright enough, moreover, to maintain its colour credibility for the most part during dark scenes, despite the contrast flaws.

Detail levels are immense too, yet delivered with gorgeous naturalism and not a hint of harshness or grain. The precision and lack of noise in HD images is such, in fact, that images sometimes have an almost painterly beauty to them.

Motion contributes to this also, looking clean and crisp with incredibly few signs of unwanted processing artefacts if you use the True Cinema setting.

But sadly all these strengths are rendered pretty much moot for us – given our conviction that excellent TV picture quality begins and ends with a good black level response – by the 55W955B’s black level woes.

Used as the main TV for the review period
Tested for more than a week
Tested using industry calibrated tools, discs and with real world use
Tested with broadcast content (HD/SD), video streams and demo discs
Previous
Sony KDL-55W955B Review Next
3D, Sound and Conclusions Review