Within the limits of its passive 3D technology, the 55W955B delivers a very respectable 3D performance. It’s always a treat to find passive 3D suffering less with crosstalk ghosting noise than most active 3D TVs, and it’s also the case that passive 3D signals are more relaxing to watch for protracted periods due to their freedom from flicker.

The sense of 3D depth is quite nicely delineated by the 55W955B too, and its brightness and colour handling help make the 3D world feel more real.

However, while crosstalk isn’t serious, it does oddly appear slightly more often than we would normally expect to see on a passive 3D TV. Also the set’s contrast problems are still evident with 3D, leading to a minor flattening effect during dark sequences.

Our biggest problem with the 55W955B’s 3D images, though, is how soft they look. In these times where we’ve seen passive 3D UHD screens delivering true full HD 3D playback and some UHD screens actually upscaling 3D to full UHD resolution, the resolution-reducing effect of passive technology – and the way it creates jagged edges around bright objects – are both starting to become harder to ignore. Especially at the flagship level of the TV market. 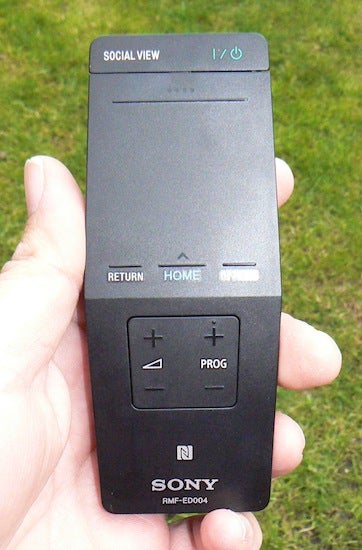 The 55W955B is the first Sony TV we’ve tested that ships with one of the brand’s new One-Flick ‘smart’ remote controls. This offers a seriously streamlined control system to the standard Sony remote, with almost half of its face covered with a reasonably useful touch pad while the rest holds just seven buttons.

It works quite effectively, though ironically we found it a bit TOO streamlined with its buttons for day to day use – especially as one of the buttons is dedicated to a flashy but ultimately pointless Social View twitter feed feature!

Last year’s W9 series delivered the lowest input lag figure we’ve ever recorded on a TV (as opposed to a dedicated gaming monitor). But the discovery that the 55W955B is using a passive 3D IPS panel set our gaming alarm bells ringing, as such panels have historically tended to suffer with relatively high input lag levels.

Fortunately, we needn’t have worried, for the 55W955B’s input lag measurement is again phenomenally low – only marginally above 10ms. So there’s nothing in the TV to stand between you and racking up another Call of Duty victory.

The 55W955B’s audio performance is in many ways impressive. The soundstage is huge for a speaker that’s still at heart a downfiring system, spreading well beyond the TV’s physical boundaries without, crucially, starting to sound untidy.

The set has a solid bass response too, the mid-range is wide and open, voices sound realistic and fully ranged, and there’s a startling amount of treble detail in the mix.

The only problems are that trebles can sometimes sound rather harsh at high volumes, and that really extreme bass rumbles can cause a bit of phutting, making us think it might have been better if the 55W955B had just followed the lead of most flat TVs in not even attempted such bass depths! 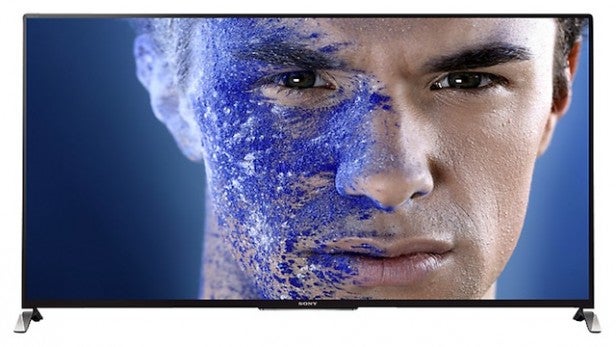 All brands of flagship HD TV could potentially find themselves struggling to find an audience this year thanks to the way UHD sets are starting to become so much more affordable. But the Sony 55W955’s black level flaws make its position in Sony’s range especially difficult to justify – particularly when the grim truth is that we’d far rather live with the pictures of the vastly cheaper Sony 50W829 and Sony 40W605B models than those of the 55W955B.

So far as direct competitors are concerned, the only one we’ve seen from 2014’s new ranges so far is the Samsung UE55H8000. And this set’s picture quality is, after a bit of tweaking, vastly superior to that of the 55W955B simply because it actually knows how to produce a convincing black level. Though Samsung’s rival is, to be fair, also £600 dearer than this Sony.

While there are many lovely things about the 55W955, it’s tragically hamstrung by its desperately average handling of dark scenes, which is simply not good enough for a flagship HD TV in 2014.