The 8 series was the weak link in Sony’s 2013 line up, suffering with a poor native contrast performance at odds with the rest of Sony’s range. Thankfully Sony’s shift to a different panel provider for the 2014 8 series has paid off handsomely, resulting in picture quality that’s deliriously good for a set that isn’t even at the top of Sony’s new range.

The star of the show, in stark contrast – pun intended – to last year’s 8 series, is the Sony 50W829’s superlative black level response. Dark scenes look beautifully natural, immersive and balanced thanks to the presence of only the faintest trace of LCD’s grey mist problem. Even better (and proof that the native contrast of the 50W829’s panel really is strong), the deep black response is achieved without heavily compromising shadow detail delivery. This means dark scenes avoid the flat, hollow look often created by lesser TVs when they try to produce a convincing black colour, ensuring that dark scenes contain a depth of field that feels consistent with that of bright scenes. 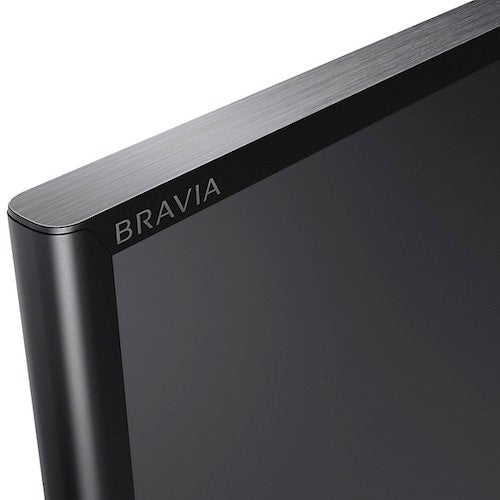 Yet further proof of just how good a contrast performer this TV is can be seen in the way deep, muted colours in dark scenes still look natural and rich.

Now that we’ve mentioned colour, this is another area of great success for the 50W829, as it builds a beautifully rich, consistent, well-balanced and finely nuanced colour palette on its strong black level foundation.

It helps the colour rendition no end, too, that Sony’s light management in the Sony 50W829 is strong enough to produce plenty of contrast within in a single frame rather than just between frames. In other words, right alongside the deep blacks we’ve mentioned you get punchy whites and vibrant colours.

Yet more good news concerns the sharpness of the 50W829’s pictures. HD sources look gorgeously detailed and texture-rich, yet at no point – unless you force the sharpness to high or use the detail/edge enhancement features – does this lovely sharpness tip over into looking noisy, forced, grainy or stressy around edges.

Contributing significantly to the sense of clarity in the picture is the 50W829’s terrific motion handling – especially, as noted in the Set Up section, if you use the TrueCinema MotionFlow mode while watching Blu-rays, which removes just the right amount of judder without pictures starting to look unnaturally fluid.

We’re really struggling to find anything bad to say about the 50W829’s pictures. Just occasionally very harshly lit or pale skin tones can exhibit a touch of clipping/detail loss in the brightest areas, leaving them looking slightly plasticky. Also, having seen demos of Sony’s higher-end TVs for 2014, which feature X-Tended Dynamic Range technology, we know Sony is capable of delivering an even more dazzling dynamic range if you’re willing to pay extra for it.

These issues are barely worth mentioning, though, in the context of the Sony 50W829’s overall picture performance/price point equation.