The 50W829 gives a pretty strong account of itself in the third dimension. Detail levels are excellent, reminding us of the active (as opposed to passive) 3D format’s raison d’etre. Pictures look brighter than they’ve tended to on Sony 3D TVs before too, even if you choose the Low brightness option for the glasses (more on this presently).

Motion looks clean and solid if you use the Standard motion control setting, colours look natural, and crosstalk ghosting isn’t too damaging so long as you stick with the Low Brightness glasses setting. Opting for Medium or especially High ups the impact of the crosstalk greatly – and it must be stressed that even using the Low setting the picture can still fall prey to ‘dark’ ghosting, especially where a distant dark object appears against a bright backdrop.

Aside from traces of crosstalk, the only complaint we have with the 50W829’s 3D efforts is the way some background parts of the picture seem to lose texture and colour resolution, like the effect you see on some video games before texture mapping kicks in. Odd. Thankfully such moments are rare and so don’t define your overall 3D experience.

While the 50W829 doesn’t hit the same giddy heights sonically as it does with its pictures, its audio handling is still comfortably better than average for a super-slim TV. For instance, it can hit pretty significant volume levels, and its soundstage spreads impressively wide for a TV with down-firing speakers.

There’s also a surprisingly effective sense of vertical space in the mix, and the set does a very credible job of reproducing the many layers of a dense audio mix clearly without them losing cohesion.

Underpinning all this is a more potent than usual bass response that’s delivered, moreover, without causing the TV’s cabinet to rattle and hum.

On the downside, if you’re sat a bit too close to the screen the sound appears as if it’s coming from below the picture, which can leave voices sounding a little dislocated. Also the sound can appear a bit ‘boxed in’ despite the volumes and soundstage width, and trebles can become slightly harsh.

Overall, though, Sony’s Bass Reflex sound system doesn’t give a bad account of itself at all.

The standard remote you get with the 50W829 looks and feels a bit old school, despite Sony incorporating new direct SEN, Discover, Football Mode, Social View and even Netflix buttons on to it. The point is that these modern tweaks have been added to an old design rather than a new layout more in keeping with today’s Smart TVs world.

There is an optional remote available that brings a touch pad to the table, but we’d ideally like to have seen this included free rather than something you have to pay extra for.

Gamers may recall that Sony’s 2013 TVs recorded some remarkably low input lag figures, making them terrific gaming monitors. And the 50W829 picks up the baton, with input lag measurements that fluctuated between 32ms and just 6ms, giving an average of just 19ms. This is a superb result that should in no way damage your gaming abilities. 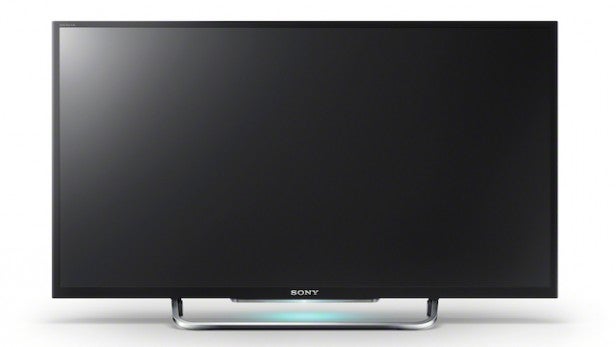 Yes, you probably should. The Sony 50W829 is an absolutely outstanding LCD TV for its money, combining superb picture quality with a vastly improved smart TV system to nigh-on irresistible effect.

If you aren’t fussed about 3D you could go for one of Sony’s imminent new W7 series instead, as these are essentially the same as the W829 models minus 3D. Otherwise the only potential other sets you might consider for similar money would be a Panasonic P50GT60 and maybe a Samsung UE46F7000 – though the Samsung is, of course, smaller, and its pictures aren’t as good.

The Sony 50W829 is a blisteringly brilliant TV that deserves to sell by the bucketload, and sets a mighty high bar for the rest of this year’s incoming TVs to have to aim for.

Plus, of course, the quality on show here has got us drooling at the prospect of what Sony might be able to deliver with its incoming higher-end models.