The 40-inch Sony 40W605B is part of the successor range to last year’s impressively good value W6 series – and it looks set to pick up where that successful range left off. That’s because despite costing just £534 it enjoys Sony’s consistently excellent X-Reality Pro picture processing, and Sony’s latest SEN online/smart system. So if its picture quality hasn’t been compromised too much from that witnessed recently on its step up sibling, the excellent Sony 50W829, we could have a serious bargain on our hands. 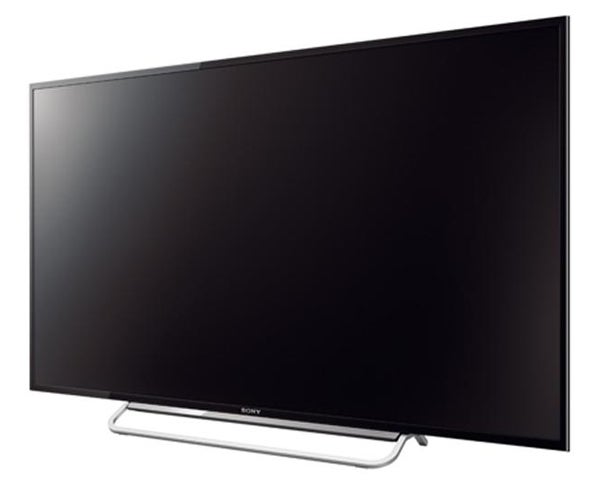 When we first lifted the 40W605B out of its box we nearly dropped it. Not because it was horrendously heavy, but actually because it was so light it caught us off guard. It almost feels like Sony has somehow developed a TV that runs on nothing but air!

Not surprisingly with such a lightweight set the glossy black bezel around the screen is overtly plasticky, lacking the more understated elegance of last year’s W6 series. The bezel is slim and the bar-style stand is distinctive, but overall the 40W605B’s build quality hasn’t exactly reassured us about the set’s performance potential.

Connectivity is good for a £500-ish 40-inch TV, though. Four HDMIs will be the ports of choice for most users, but also of note are the connections associated with its smart capabilities: screen mirroring with compatible tablets and phones, integrated Wi-Fi and LAN network options, and a duo of USB ports.

The HDMIs are not, it’s worth noting, configured for receiving 3D, for the very good reason that the TV doesn’t support 3D playback. The network options, though, support both streaming from both the Sony Entertainment Network (SEN) online platform and DLNA computers. 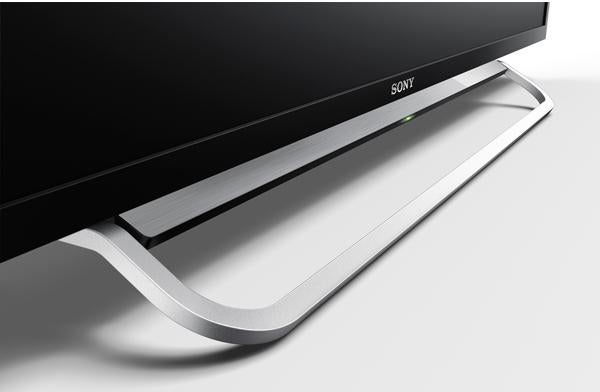 We covered the capabilities of this system in our Sony Smart TV 2014 review, but as a brief reminder here, the Sony Entertainment Network (SEN) is greatly improved from Sony’s 2013 smart offering thanks to a much more attractive and well-structured onscreen interface that focuses far more on helping you find content.

For instance, a new ‘Discover’ button on the remote brings up a row of content links based on your viewing habits, derived from both the tuner listings and the set’s on-demand options.

There’s also now a button providing direct access to Netflix, along with a Football mode (in recognition of the fact that this is a World Cup year) that changes the picture settings to suit football viewing while also providing shortcuts to footie-related YouTube content, the FIFA World Cup History site, and Sony’s own One Stadium football website.

Twitter users, meanwhile, may like the look of a new Social View feature which creates a triple decker, scrolling ticker-tape effect along the bottom of the screen containing tweets aggregated around any subject keyword you choose. This looks cool, but the feature is of limited use in a TV context really – especially if you’ve got a family, as watching the Twitter feeds for any amount of time reveals that Sony hasn’t followed Toshiba’s lead in appending a bad language filter to the Social View feature… 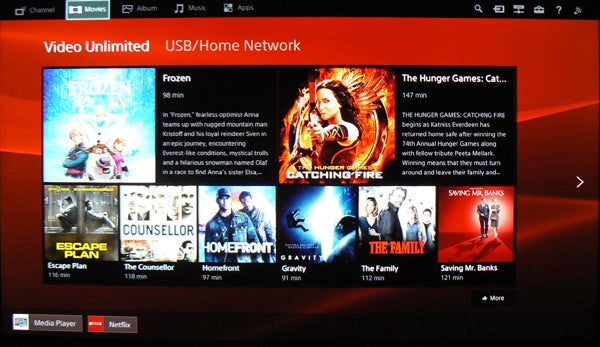 Content highlights on the latest SEN include Sony’s own Video and Music Unlimited subscription services, Netflix, Lovefilm/Amazon Prime, the BBC iPlayer, Demand 5, BBC News, and Sky News. This is a pretty good effort, though it’s a pity Sony still hasn’t managed to solve whatever problems stop it from adding the ITV Player and 4OD to its catch-up TV offering.

Turning our attention to the 40W605B’s picture features, it uses a full HD panel illuminated by a direct LED lighting system. There’s no local dimming engine to bolster contrast, though, so we’ll have to hope the set’s ‘universal’ dynamic contrast system (AKA frame dimming) is up to snuff.

The fact that Sony has this year brought its X-Reality Pro video engine down its range as far as the new six series bodes very well for the 40W605B’s potential picture performance. After all, it’s impressed on the vast majority of the other TVs it’s appeared on before when it comes to such key picture quality elements as motion handling, colour reproduction and resolution upscaling.

Also promising is the set’s Motionflow XR 200Hz motion processing system (even though this does fall well short of the 800Hz system found on the excellent 50W829), while colour reproduction could enjoy a step up from typical mid-range TVs thanks to the TVs support for Deep Colour playback and Sony’s Live Colour processing.

A couple of final features worth noting concern optional accessories. First, you can add a wireless subwoofer to the TV to bolster its bass response, and second you can equip yourself with one of Sony’s One Flick remotes, which provide touchpad functionality to improve the way you interface with the set’s smart features.

Without giving too much away about the upcoming picture quality section of this review, one of the most remarkable things about the 40W605B is how brilliant it is at automatically recognising what sort of source you’re watching and automatically adapting its picture settings accordingly.

This is hugely important, of course, because all the research we’ve seen suggests that the vast majority of people never touch their TV’s picture settings once they’ve got a new TV home. Which means most new TV owners never get to see what their new TV is truly capable of.

With the 40W605B, though, its ability to adapt itself to different content right out of the box makes getting the best performance from it literally a no-brainer. Especially considering that the settings Sony has chosen to apply to different sources are usually uncannily close to the settings we would have calibrated ourselves.

This is especially true with the superbly judged Cinema 1 preset that kicks in when a Blu-ray feed is introduced, as it focuses on boosting black level response while also deactivating most of the processing options, to deliver a more natural, ‘unaffected’ image.

In short, thanks to the cleverness of the X-Reality Pro content management system – and the boldness of Sony’s picture quality engineers – the 40W605B probably needs less set up attention to deliver great pictures than any other TV we’ve ever seen. Seriously.

The TV’s initial installation process is very straightforward and easy to follow too, leaving as our only gripes the fact that the Smart TV menus tend to be rather sluggish to update and use, and the relegation of the main picture/sound/network setup menus to tiny icons at the top right of the main SEN home ‘hub’ screen.

We guess some people might feel a bit peeved at the lack of standard colour management facilities on the 40W605B. But our view is that the colour handling is so good anyway that most of the relatively mainstream audience this TV is targeted at will feel that the amount of adjustments on offer are more than adequate.