The 32W706B is that rarest of things these days: a 32-inch TV that isn’t just interested in being as cheap as possible. For as well as looking prettier than most, it’s also got the features and performance to make it a real second-room star.

The 32W706B is one of the most attractive 32-inch TVs in town right now thanks to its nifty gleaming metallic bezel. This makes it look much more opulent than most rivals – even if the set actually turns out to be predominantly built from fairly lightweight plastic when you start shifting it around to fit it to its stand. 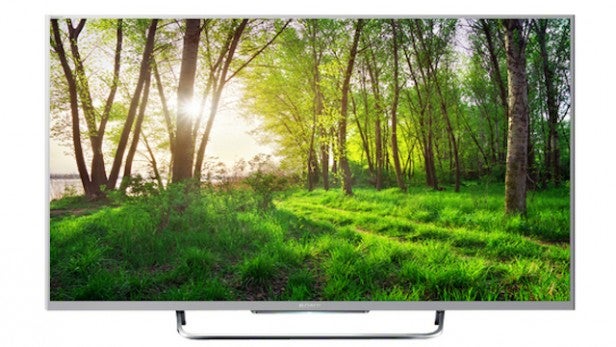 This stand is quite cute too, though, with its ‘barely there’ open metallic bar design.

Sony’s 32-inch mid-ranger also pulls off a clever trick by making you feel as if it’s really thin round the back, thanks to the way the upper half of the rear panel is only a couple of centimetres thick. The bottom half, though, sticks out further than many of today’s slim TVs – hopefully so that it can accommodate a decent set of speakers…

Connectivity is extremely strong for a reasonably affordable 32-inch TV. Four HDMIs is as many as you’ll find on most high-end big-screen TVs never mind a small screen likely to be a second- rather than main-room TV. Its two USBs should satisfy almost any household’s multimedia playback needs, especially when added to the set’s ability to stream – wirelessly or via Ethernet cable – photo, music and video files via DLNA from compatible networked PCs. This sort of multimedia support is always especially welcome on relatively small-screened TVs given the problems there can be in getting normal ‘physical’ sources attached to second-room TVs.

It’s great to find, too, that the network options let you get online with the Sony Entertainment Network, delivering a reasonable selection of apps complete with a passable – though hardly comprehensive – suite of video streaming services. We’ve covered Sony’s latest Smart TV platform in an earlier article, so we’ll refer you to that for more information, merely adding here that it’s an attractive system distinguished by a handy new Discovery feature that provides shortcuts to multiple content types – including shows recommended on the back of your viewing habits.

The 32W706B uses edge LED lighting (hence the thinness of the upper half of its rear) to illuminate its full HD screen, and sports Sony’s X-Reality Pro processing engine. Otherwise its picture specifications are actually pretty straightforward – though we were pleased to note that the set doesn’t use the IPS technology that’s caused so many contrast problems this year. 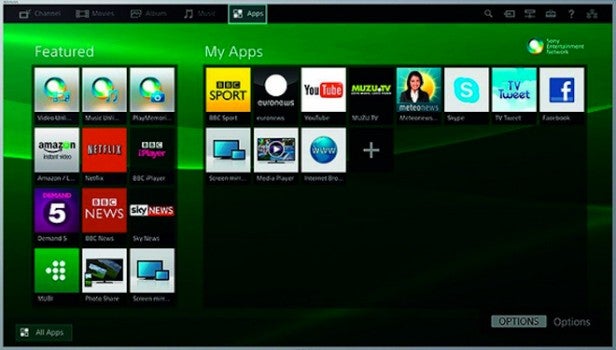 We should conclude this section by pointing out for the record that the 32W706B doesn’t support 3D playback. But this is no great loss on a 32in TV, where 3D generally feels like little more than a gimmick.

The 32W706B features a pretty comprehensive initial install process that leaves you with all your Freeview HD channels tuned in and the TV hooked into your Wi-Fi system without leaving you confused along the way.

Getting the best out of the 32W706B’s pictures is an unusually straightforward process, for the simple reason that its X-Reality Pro image database system enables the TV to quickly recognise the sort of content coming in and choose the best picture settings from a comprehensive suite of ‘scenes’. The consistent accuracy of the 32W706B’s efforts in this regard are remarkable, usually leaving you with little else to do but maybe turn off the noise reduction with an HD source if the TV has left it on, and possibly tweak slightly the settings devoted to black level reproduction and contrast.