We know this is hardly the most tantalising way to start a review, but – well – it’s a simple fact that on paper, Sony’s 32EX524 isn’t particularly exciting.

At 32in it isn’t enticingly big – especially as it hits our test benches directly after the enormous 65in Panasonic P65VT30. Its design, while pleasant enough, isn’t groundbreaking or particularly eye-catching. It’s cheap but not exceptionally so. And its pictures are solid without ever threatening to be truly great. So far, so meh.

Yet before you stop reading and go off to do something more interesting instead, here’s the thing: for all its apparent mundanity, we really quite like it.

For while the 32EX524 might only do one thing outstandingly well – which we’re not going to reveal until later, in a desperate bid to resurrect your interest in reading this review – the 32EX524 also doesn’t do anything truly badly, meaning it offers enough as an overall package to represent a very pleasant slice of 32in TV action. 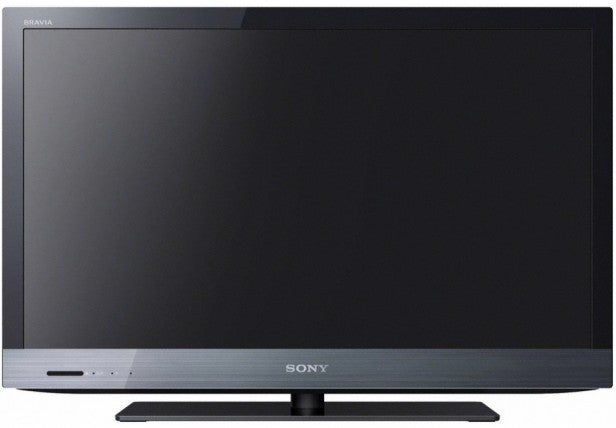 The 32EX524’s design is not one of Sony’s Monolithic affairs, with their heavy-duty, opulent, single-layer finishes. Its finish is rather plasticky and lightweight, but its bezel is pleasingly slim around three of its sides, its rear doesn’t stick out much at all, and the way the metallic grey of the bottom edge contrasts with the gloss black used elsewhere is perfectly pleasant.

Despite the 32EX524’s slimness, Sony has managed to tuck a very healthy number of sockets onto its rear (though people thinking of wall-hanging the set should note that many of the jacks stick straight out of the TV’s rear rather than permitting access from the side). The four HDMIs should cater for your every digital HD need, plus there are two USBs, a LAN port and a D-Sub PC feed. The USBs are able to play back a pretty wide rather than exhaustive selection of video, photo and music file formats, and can also introduce Wi-Fi via an optional dongle.

The star of the connections show, though, is the LAN socket. For this not only allows you to pipe in files stored on a DLNA-ready PC, but also allows you to jack in to Sony’s Bravia Internet Video (BIV) platform.

This, as regular readers will know, is in our opinion currently the best online TV service around. Not because it has the most apps or the best operating system, but simply because it focuses on delivering more of the stuff we really want to find on a ‘Smart TV’ platform: streamed video.

Among the services on offer are the BBC iPlayer, the Demand 5 Channel 5 catch up service, Sony’s Qriocity movie subscription platform, LoveFilm, YouTube, a library of classic Sony-owned TV series, and a Sky News video bulletin ‘app’. There are also Facebook, Twitter and Skype applications, and a bunch of other more ‘niche’ video streaming sources too.

Finding this treasure trove of online content – much of it available for free – on an affordable 32in TV is arguably reason enough in itself to think about getting a 32EX524 – especially for a second room.

Sony has tidied-up its interface for BIV too, meaning it requires much less scrolling up and down than the previous interface. That said, there’s still plenty more work that needs to be done before the BIV interface can hold a candle to the coolness and effectiveness of the latest ‘Smart Hub’ interfaces developed by LG and Samsung. 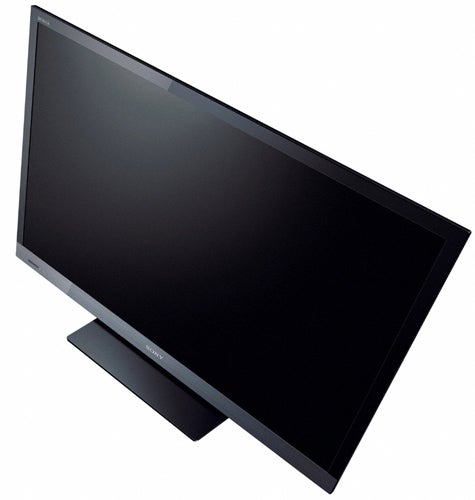 In fact, the entire control interface for the 32EX524 could do with an overhaul. Its layout is confusing, and getting to some key menus seems a much more long-winded process than it should be.

Tucked away within the onscreen menus, if you can be bothered to track them down, are a few tweaks and adjustments you might want to experiment with. There’s a black level booster, for instance, as well as three types of noise reduction; the facility to adjust the gain and bias of the red, green and blue colour elements; a detail booster; an edge enhancer; and the option to adjust the level of or deactivate entirely a dynamic contrast system.

While the 32EX524’s picture quality isn’t truly exceptional, it’s certainly very good. One thing that stands out right away is the depth of its black level response. There’s much less of the grey mist over parts of pictures that should look black than you commonly see with similarly affordable TVs.
What’s more, this black level depth seems quite ‘native’, in that the screen manages to retain a decent degree of shadow detail in dark areas. 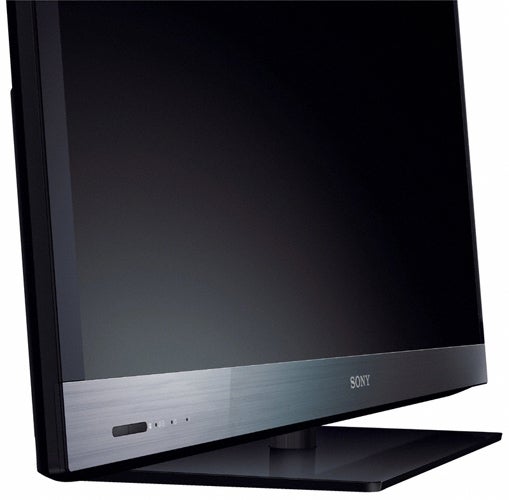 Even better considering the 32EX524 uses edge LED technology is the way very dark scenes aren’t blighted by backlight inconsistencies. Even the very corners of the picture largely avoid the light ‘pools’ that we’ve seen to some degree or other on most edge LED TVs.

The 32EX524’s colours are good too. Vibrant yet natural, they are rendered with a surprising level of subtlety for a cheap set. Even skin tones look real, rather than blotchy or plasticky as often happens with relatively cheap 32in TVs.

The lovely detail levels and sharpness of HD images from Blu-ray, Sky or the set’s built-in Freeview HD tuner are rendered surprisingly effectively by the 32EX524 too, allowing it to demonstrate the difference between HD and standard definition content more emphatically than most 32in TVs.

Contributing to this HD sharpness is the 32EX524’s minimal motion blur, an impressive performance considering that it’s only a 50Hz TV. There’s a bit of resolution loss over moving objects for sure, but it’s less aggressive than expected. In fact, it seems less obvious than it was on the 32EX524’s larger sibling, the Sony 37EX524. This isn’t the first time we’ve noted a 37in LCD TV apparently suffer a slightly worse response time than other screen sizes in the same range.

The last picture positive to report is that the screen works nicely as a gaming monitor, thanks to a combination of its good black levels, crisp approach to HD, and a solid input lag figure of just under 40ms. 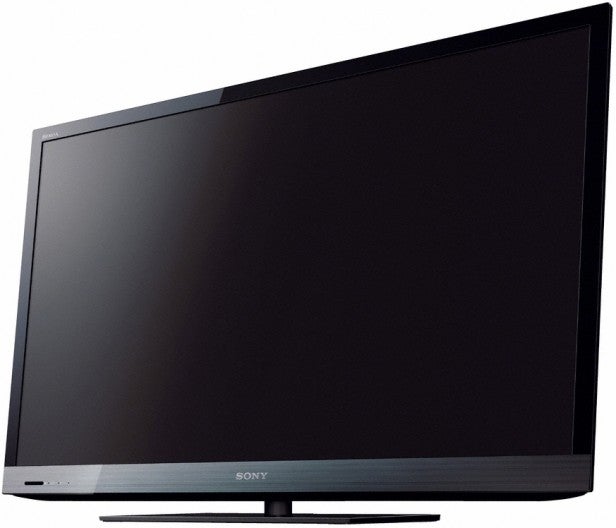 In an ideal world the 32EX524’s post-calibration pictures would be a bit brighter, there’d be at least some basic option for reducing the minor motion blur, and the screen wouldn’t lose contrast and saturation when watched from an angle. But overall its pictures are really pretty darned good for the 32EX524’s money.

Its sound isn’t bad either. The slightly large bottom edge to the TV is used to good effect in producing both more volume and a wider, more open mid-range than the majority of slim TVs. A bit more bass would have been appreciated, but if we had a pound for every time we’d said that about a slim LCD TV we’d have made Richard Branson an offer for his private island by now.

Verdict
Minor motion blur and a slight lack of brightness once it’s been set up to produce its best contrast performance stop the 32EX524 from being a total star. But it’s certainly worth adding to any affordable 32in audition list, especially if you’re attracted by its exceptional online facilities.