Nope, we still don’t fully understand Sony’s TV model numbering system. For no sooner have we got used to Sony’s 2011 model numbers ending in 3 than we’re now faced with the KDL-37EX524. Which, as you’ve hopefully noticed, ends in a ‘4’.

Our best guess is that this signifies that the 37in TV is part of a ‘mid-season refresh’, or something – a supposition which seems supported by the fact that the 37EX524 has only very recently hit UK stores.

Anyway, putting our puzzlement over the 37EX524’s name aside, it’s aesthetically in line with Sony’s other ‘non-Monolithic’ sets this year. Which means that instead of the sheer, glassy, single-layer black fascia of Sony’s opulent Monolithic designs you get a more conventional raised bezel featuring a colour combination of grey and black. This isn’t unattractive by any means – especially as the top and left/right sides of the bezel are impressively narrow – but the rather plasticky build quality lets it down a bit.

Connectivity on the 37EX524 is strong. There are four HDMIs for starters: three on the rear, and one down the side. There’s also a D-Sub PC port, a pair of USBs, an optical digital audio output, a component video input, and a LAN port. 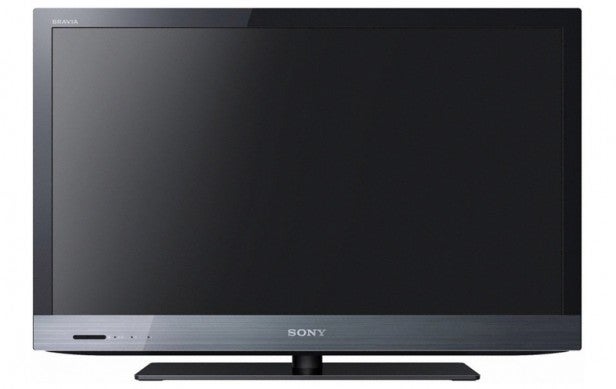 The USBs can play a fair selection of photo, music and video file formats (excluding MKV, though), as well as being able to record to a USB HDD from the set’s built-in Freeview HD tuner. The USB can also make the TV Wi-Fi-ready via an optional dongle. This is all good stuff given the 37EX524’s approachable sub-£550 price.

Even better, though, is the functionality delivered by the LAN port. For this most certainly isn’t just there to support the Freeview HD tuner. It also enables you to connect the TV to a DLNA PC for streaming in multimedia files, and best of all it grants you access to Sony’s excellent Bravia Internet Video (BIV) online service.

This delivers video streaming services galore, including – as just the tip of the iceberg – the BBC iPlayer, the Demand 5 Channel 5 catch up service, Sony’s Qriocity movie subscription platform, LoveFilm, YouTube, Sony’s World Of Television catalogue of classic TV series, and a Sky News video bulletin ‘app’. A startling amount of the video content available on BIV is free, and by focusing so strongly on video streaming rather than much less useful (in a TV context) apps BIV remains for us currently the most attractive online TV platform.

We should add that Sony’s online features also include Facebook, Twitter, Skype (if you add an optional camera), and an open Web browser. Though the text on this browser is so small that it makes the feature all but unusable in our opinion.

A search for other features on the 37EX524 quickly establishes that it uses edge LED lighting – something we’d already guessed from the impressive slenderness of its rear. It also boasts Sony’s X-Reality processing, designed to improve the set’s upscaling capabilities, especially where streamed video is concerned.

The rather faffy onscreen menus (though you can also control the TV via Android/Apple apps) have a few more bits and bobs of interest. Unexpectedly you get Sony’s eco-friendly Presence Sensor system, where the TV can turn off its screen if it doesn’t detect any movement in the room over a selectable period of time.

Noise reduction, meanwhile, is broken into three separate noise reduction circuits: a standard one, an MPEG noise option, and a dot noise mode. Plus there are separate black level booster and dynamic contrast systems, edge and detail enhancers, and adjustments to the gain and bias of the RGB white balance elements.

On the downside, the screen is 50Hz only, and doesn’t have a full colour management system. But this is fair enough for a TV of the 37EX524’s size and price. 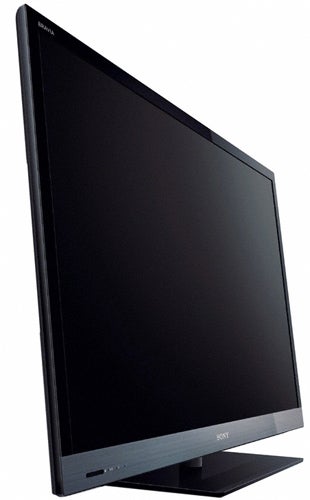 In assessing the 37EX524’s performance, we’ve decided to get the bad news out of the way first for a change. But don’t worry – that doesn’t mean there’s anything drastically troubling to report.

The 37EX524’s worst image trait is that its HD pictures look a touch soft. This is mostly due to clear evidence of resolution loss over moving objects (pretty predictable on a 50Hz set), and partly due too, perhaps, to the other main issue we have with the set: its slight lack of vibrancy, post calibration. This means that the image doesn’t present edges and details in dark or light areas of the picture as aggressively as we would expect to see with punchier, more brightness-driven screens.

A further minor flaw is that if you get up close to the TV, you can clearly discern small horizontal black lines over the edges of bright objects – in particular people’s faces. However, this flaw is almost indiscernible from a sensible viewing distance – other than, occasionally, as a slightly jagged look to some contours.

Turning to the good news, the lack of ‘punch’ in the 37EX524’s calibrated images is compensated for by one of the best black level performances we’ve seen from an edge LED TV of any price.

This black level success comes on two fronts. First, dark scenes and dark parts of pictures are hardly troubled at all by the sort of general grey overtone that’s still common to some extent on budget CCFL and LED LCD TVs.

Second, with the 37EX524’s backlight set to ‘five’ on Sony’s scale and contrast set to around 80 per cent, our review sample didn’t display any of the backlight consistency/clouding issues that plague so many edge-lit LED TVs.

Even the extreme corners of the screen looked as black as the rest during dark scenes – so long as you’re sat reasonably perpendicular to the screen, at any rate. Sit more than 35 degrees or so off to the side, and the screen’s brightness levels do start to show inconsistency, and colours and general contrast levels drop off too. But this is, of course, typical of 95 per cent of other LCD TVs too.

Another strength of the 37EX524’s pictures is their colour response, which makes up for the lack of dynamism noted earlier with impressively natural toning (despite the lack of a full colour management system) along with plenty of blend subtlety for a TV with such an aggressive price tag.

There’s an unusually rich, stable look to HD images too (particularly if you deactivate the active contrast system) which makes watching films on the 37EX524 quite a treat by 37in standards – provided, at least, that you can dim the lighting in your room as much as possible to counteract the picture’s lack of brightness. 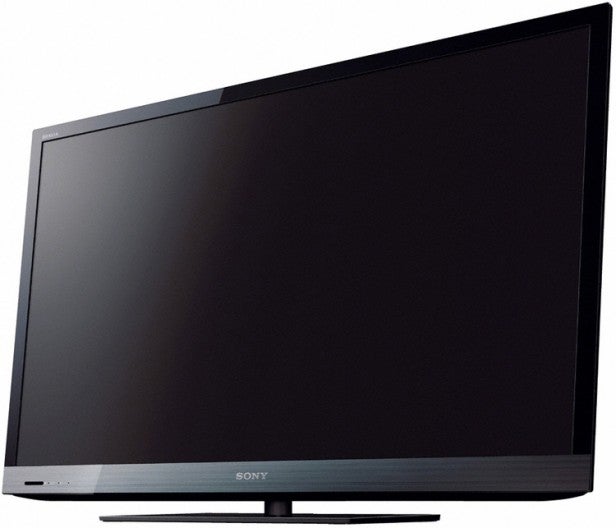 As a gaming monitor, the 37EX524 is efficient rather than spectacular. Its input lag measured 33ms on average, which is a perfectly respectable result and shouldn’t impede your reflexes to any great extent. Its rich black levels help the look of dark games no end, too. The only niggle is resolution loss when panning around your environment, but this isn’t a game-breaker. Pun intended.

Turning finally to the 37EX524’s audio, it’s surprisingly solid. There’s a bit more basic volume and mid-range openness than we generally get with such a slender TV, and trebles manage to add detail to a soundstage without sounding excessively harsh. Bass is boxy and fairly shallow, though, and if you crank the volume any higher than around 45% of its supposed maximum level, voices start to distort, and the cabinet sometimes rattles alarmingly.

Verdict
If you can accommodate the 37EX524 in a reasonably dark room, or an environment where you can at least reduce light levels heavily when watching anything ‘serious’, then it’s capable of producing some impressively cinematic, contrast-rich images free of edge LED’s usual backlight clouding pain. We’re also big fans of Sony’s Bravia Internet Video online service, and its price seems fair for what’s on offer.

Just bear in mind that its slight lack of dynamism versus many LED models could make it feel rather muted for a bright living room, and that the lack of any serious motion processing can leave pictures looking rather soft, even when watching HD.