So here it is at last: the 3D-loving beast we’ve all been waiting for. And in terms of sheer physical presence, Panasonic’s flagship TV, the 65in TX-P65VT30, doesn’t disappoint.

For a start, there’s that sheer lovely expanse of screen acreage, which reminds us of just how much bigger 65in looks than 50in and even 55in. It somehow takes you over the line from ‘big TV’ into genuine home cinema. Which is, of course, no bad thing when one of your key features is 3D.

It’s not just the screen that makes the P65VT30 huge, though. For it also sports a rather hefty amount of bezel – more than two inches, in fact, which is a lot by today’s slender standards.

Ultimately, it has to be said that the P65VT30 is not a particularly attractive presence in your living room. When it’s turned off it’s just a gaping black hole. But we’d guess that nobody seriously thinking of buying a 65in plasma TV is buying it primarily for aesthetic reasons.

The P65VT30 is suitably prolific in the connections department, with four HDMIs, three USBs, an Ethernet port, an SD card slot and built-in Wi-fi (via an included USB dongle). The HDMIs are all built to the 3D-Ready v1.4 standard, while the USBs and SD card slot can be used to record from the built-in HD digital tuners as well as playing back multimedia files. Impressive. 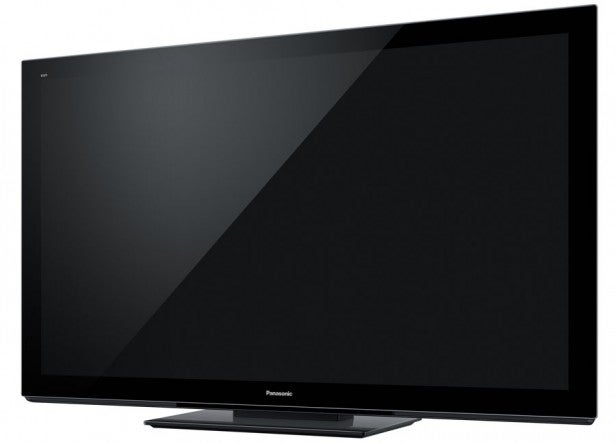 The mention of HD tuners in the plural back there was deliberate, as the P65VT30’s ‘completist’ approach to AV finds it sporting both Freesat HD and Freeview HD tuners. This is pretty handy given the current chaos that seems to be surrounding digital terrestrial reception in many areas following the great digital switch over.

The Ethernet port/Wi-Fi connectivity provide access not only to files stored on DLNA-ready PCs but also Panasonic’s Viera Connect online smart TV portal. While this portal has some useful video-centric services on it, including the BBC iPlayer, the AceTrax video rental/purchase service, YouTube and Eurosport, and also supports Skype, Twitter and Facebook, it’s currently rather off the pace in content terms compared with some rival online platforms. But that’s about to change.

For starters, Panasonic’s online marketplace has just opened, allowing you to purchase further apps. This is still rather sparsely populated, at the time of writing, but coming very soon are is a selection of impressive-looking games and health and fitness programs, as well as accessories such as joysticks, heart-rate monitors, scales and even a fully functioning treadmill that can sync up with Viera Connect and GoogleMaps so you can run virtually anywhere in the world where you fancy a jog.

Panasonic has also just opened its Viera Connect platform for independent developers to use, which should, in Smartphone style, lead to an explosion of apps appearing over the coming weeks and months.

As regular readers will appreciate from earlier reviews of other models in Panasonic’s VT30 series – most notably the P55VT30 – the P65VT30 benefits from all the very latest weaponry in Panasonic’s plasma TV arsenal. This includes the latest NeoPlasma panel design, complete with faster responding phosphors (to reduce 3D crosstalk noise); reduced ‘ribbing’ between the screen’s plasma cells to boost brightness and efficiency;  a reduced ‘ignition’ point for the plasma cells to again boost efficiency; and not one but two new filters: one newly louvred one on the front to suppress room reflections, and a further one inside to enhance contrast levels.

Panasonic has come a long way in recent times when it comes to providing calibration tools for its TVs, so that the P65VT30 now offers full colour and gamma management, and enjoys the endorsement of both the Imaging Science Foundation (ISF) and the THX ‘quality assurance’ group. As usual, the THX endorsement leads to the provision of a THX picture preset, while there are night and day preset slots available for the ISF engineers to use if you pay them to come round.

For the most part, the P65VT30’s picture quality is every bit as good as we’d expected/hoped it would be. The star of the show is its outstanding contrast. Dark scenes look simply gorgeous thanks to the beautifully deep, rich black levels the TV can produce, yet because this black level reproduction doesn’t rely on the entire screen being dimmed as is the case with most types of LCD technology, the deep blacks coexist with really vibrant colours and brilliant whites.

Colours look vibrant and natural meanwhile, with natural skin tones, rich blues, reds that largely avoid the orangey tone of plasmas of the past, and greens that look bright and well balanced rather than lurid and dominant as can still happen with less accomplished plasma TVs. 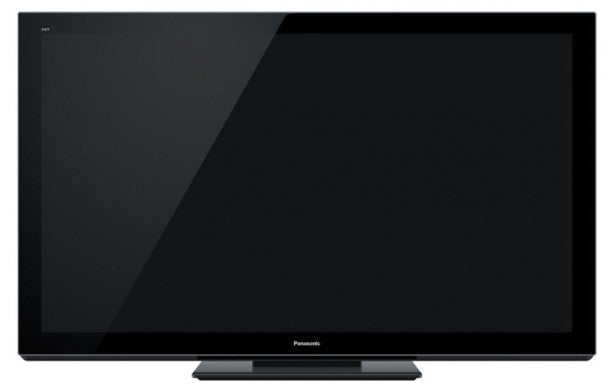 Also mesmerising is the amount of detail in the set’s HD pictures. Seeing HD sources writ as large as 65in with absolute precision and effortless detailing is a treat you’ll never grow tired of. And of course, this being a plasma TV, there’s no motion blur to worry about.

You can watch the set from almost as wide a viewing angle as you like without fear of contrast or colour loss too, and standard definition pictures survive the journey up to 65in surprisingly well, thanks to some clearly superior upscaling processing.

All this and we haven’t even mentioned 3D yet, despite this being in many ways the P65VT30’s tour de force. The sharpness of its full HD 3D Blu-ray pictures is incredible, and it’s underlined by the size of the screen to provide a potent reminder of why the active 3D format was developed.

Contributing immensely to the sharp feeling of the 3D pictures, too, is an almost complete absence of crosstalk ghosting noise. Colours look exceptionally natural in 3D too, avoiding both the muted and over-cooked looks sometimes seen with 3D pictures.

As a console gaming monitor the P65VT30 is nothing short of jaw-dropping, in either 2D or 3D mode. Being able to experience the sharpness and something approaching the scale of a top quality projected image while gaming without the hassle that accompanies projector use is nothing short of joyous. And the screen consistently measured under 30ms for image lag too, so at no point did we find our gaming performance feeling sluggish or unresponsive.

For all the P65VT30’s general brilliance, though, its screen does suffer a few annoyances. One is that 3D pictures still look a touch dark, despite the extra brightness the NeoPlasma screen brings to the table – a situation not helped internal reflections and let light in around their edges that Pansonic plasmas tend to suffer from.

Next, our review sample showed a few issues with image retention. Very bright objects occasionally left a momentary ghost of themselves behind if there was a sudden cut to a very bright screen, and perhaps more alarming, we could clearly make out the words ‘John Lewis’ ghosted into the image if there was a large wash of blue or white on screen. We don’t know if our test screen had done service as a demo unit in a John Lewis store for a while before coming our way, but certainly someone somewhere has left the logo onscreen for rather too long.

The logo had almost faded away by the time our testing was done, but this meant it had stuck around for the best part of three intensive days of use, despite using the provided ‘screen wipe’ anti image retention tool a number of times. If nothing else this provides a salutary reminder of the care you need to take to avoid screen burn during the first few hundred hours of a plasma TV’s life. 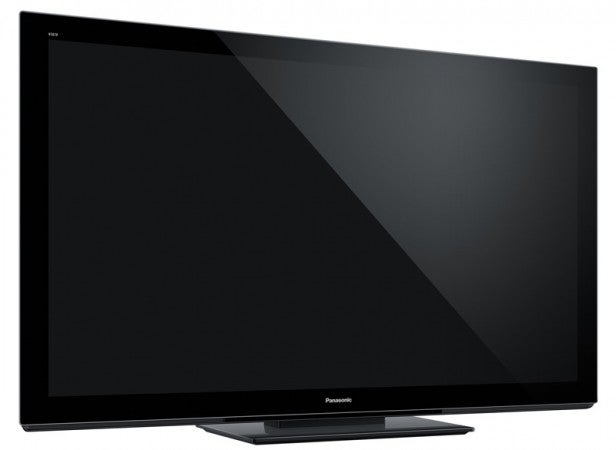 Another issue is the brightness jumping that occasionally happens, where the overall brightness of the image shifts up and down quite noticeably from time to time, as if the screen doesn’t quite know how to best present the image on screen.

There’s also some very slight colour striping at times, and our test sample displayed an odd flaw whereby bands of shadow could spread right across the screen to the right of particularly bright parts of the image – such as, for instance, the white text in the menus of Call of Duty on the Xbox 360. Fortunately, this issue is seldom noticeable during normal video viewing.

Finally on the list of flaws is a situation where 50Hz PAL material judders slightly – sufficient to cause a brief double image if the material you’re watching has small, very defined edges in it, such as the lines on a football pitch.

While each of these numerous issues can prove slightly distracting whenever they appear, though, we mention them mostly because we need to stress that even the P65VT30 isn’t absolutely perfect rather than because they combine to stop Panasonic’s flagship TV from being a great home cinema screen.

Wrapping up the P65VT30’s mostly imperious performance is a pretty good effort by its speakers, which manage to sound much more potent and better-rounded than those of most flat TVs – even if there is still room for improvement in the bass department.

Verdict
With the P65VT30, Panasonic has delivered the single most ‘serious’ home cinema television money can currently buy. Yes, you might spot the occasional irritation along the way, but for the vast majority of your viewing time the biggest problem you’re likely to have is the puddle of drool that keeps appearing at your feet.